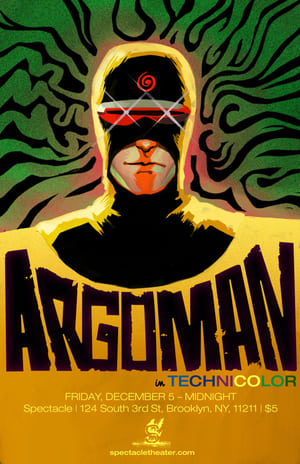 Argoman the Fantastic Superman (1967)
Argoman has a silly costume and is a sexist pig. He uses his special telekinetic powers to get the ladies to sleep with him. The catch is, after a night with a gal he loses his special powers for 6 hours! In this comedic super/spy thriller, Argoman goes head to head against the evil Jenabelle: Queen of the World.
Action Adventure Comedy Science Fiction