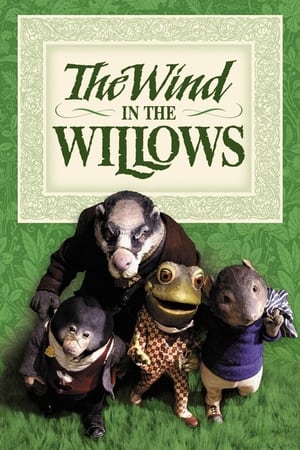 The Wind in the Willows (1983)
One spring, Mole decides that he can ignore the spring cleaning for a little longer, and begins a series of adventures with his new friend Rat. They go for a picnic on the riverbank, on a caravan expedition with Toad, until Toad switches allegiance to his new car and his reckless driving makes Mole and Rat search out Badger for help in curbing Toad's profligate habits. But Toad gets away from them and gets a 20-year sentence from the magistrate for theft, reckless driving, and Gross Impertinence. While Toad works his wiles on the jailer's daughter and escapes jail dressed as a washer woman, Badger tries to guard Toad Hall from the machinations of the Weasels and is badly beaten. And it requires a plan of attack and all four comrades to regain Toad Hall.
Fantasy Animation Family Adventure TV Movie