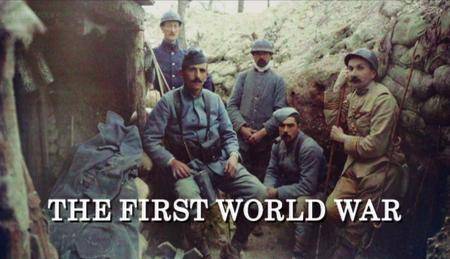 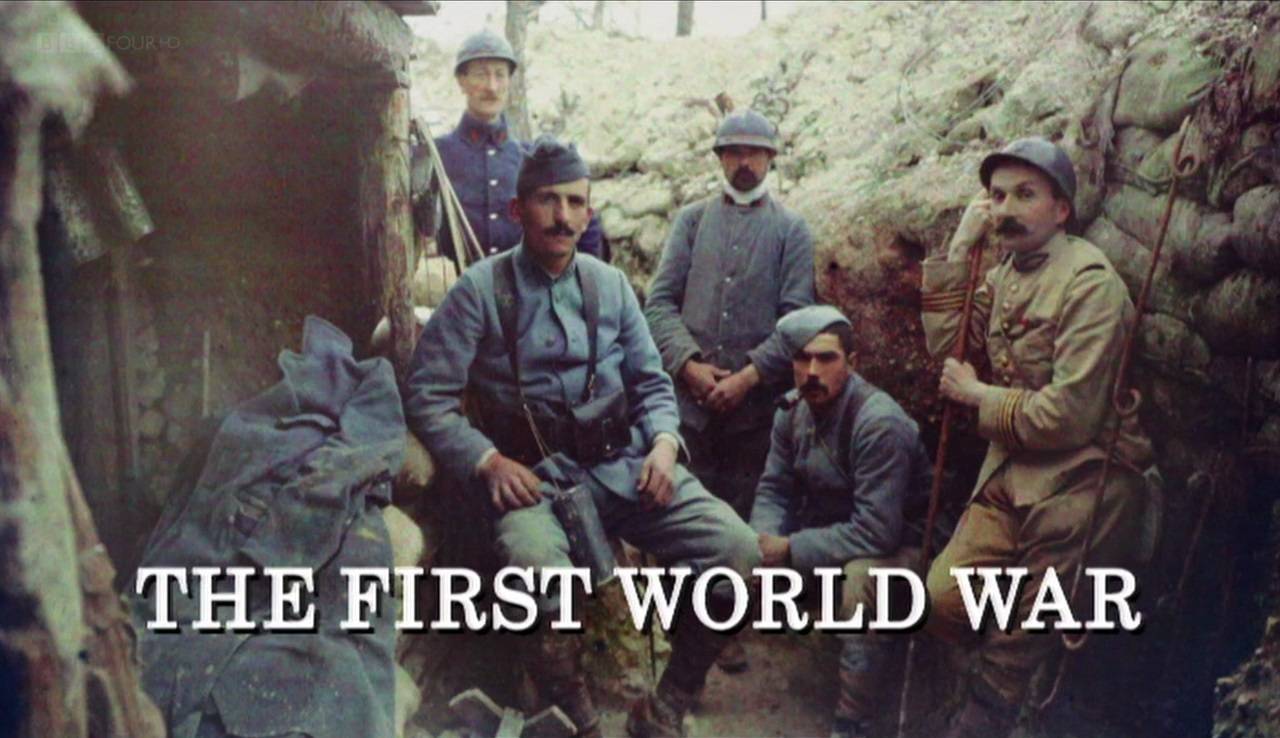 Ten-part series based on the book by Hew Strachan, Professor of the History of War at Oxford which tells the story as never before, dispelling the myths and offering new and provocative answers to core questions about the war's causes, conduct and legacy. It features hundreds of eyewitness accounts from frontline soldiers, generals, statesmen, children and women from all sides in the conflict. The First World War shaped the twentieth century. It sparked the Russian Revolution and launched America as a world power. The fault-line from its failed peace settlement led to a second terrible world war barely twenty years later. We live with its unresolved consequences; in the Middle East, the Balkans and Ireland. Originally shown on Channel 4 in 2003.

Part 1: To Arms
It began as a clash in the Balkans which grew to engulf Europe and the world. Britain joined in, more to protect her great empire than for the defence of small nations. The merciless pattern of the war was set early on, by Austro-Hungarian atrocities against Serbian civilians.

Part 2: Under the Eagle
The first months on the Western Front were mobile, fast and dangerous; casualty rates were higher than with later trench warfare. The Germans were halted by the Allies at the Battle of the Marne, fell back to high ground and dug in. The Allies followed suit. The resulting line of trenches stretched from the English Channel to Switzerland. Now 11 million French and Belgian civilians were under occupation. German brutality was no myth; resistance was ruthlessly supressed. Civilians, including women and children, were massacred, used as human shields and sent to concentration camps as hostages and forced labourers.

Part 3: Global War
War for Europe meant war for the world. Germany gambled that Britain might risk everything to protect her empire, even victory on the Western Front. So, to divert British resources, maverick German commanders led the British a dance across the Pacific, Africa and the Middle East. They became legends in Germany and Britain - men like Admiral Graf von Spee, who inflicted Britain's greatest naval defeat for 250 years. The global war sucked in Africans, Chinese and Indians to serve in France. Meanwhile, the war in Africa exploited its people and left behind a wasteland, but sowed the seeds of self-determination.

Part 4: Jihad
The Ottoman Empire, Germany's ally, summoned all Muslims to Jihad - holy war - to overthrow Allied power in the Middle East. Turkey's search for scapegoats after defeat by the Russians at Sarakamish led to the mass-deportation of Armenians in the Ottoman Empire. Perhaps 800,000 Armenians died in all. The Allies initially thought Turkey - the 'sick man of Europe' - would be a pushover, but Turkey tied up Allied troops across the Middle East for four years, winning triumphantly at Gallipoli with terrible losses on both sides, and then at Kut, south of Baghdad, forcing the British into humiliating surrender.

Part 5: Shackled to a Corpse
Part five looks at the ferocious battle for the Eastern Front. Fought across brutal terrain from the Urals to the Alps, it marked the introduction of some of the 20th century's horrors, such as chemical weapons, mass expulsion of populations and the persecution of the Jews.

Part 6: Breaking the Deadlock
This part covers the battle on the Western Front from 1915-17. Attrition, 'lions led by donkeys', the slaughter only ceasing for a brief truce one Christmas - these are old, mistaken views of the war on the Western Front. In fact there were constant tactical evolutions, hundreds of generals died in action and some men adopted a system of 'live and let live', with countless informal local truces. The Germans tried new ideas at Verdun - 750,000 French and Germans died with little gain. After terrible failure on the Somme the British used tanks at Cambrai, but the Germans clawed back lost ground. Victory on the Western Front would go to the side that learned to consolidate success.

Part 7: Blockade
The British expected a second Trafalgar, but within days German submarines turned the North Sea into a no-go area for Britain's great battleships. The British responded with a blockade of Europe to starve the enemy out. Germany launched submarine attacks against civilian ships, including the Lusitania with 1,200 lives lost. American acted as arsenal and banker to the warring nations, but, though targeted by spies and saboteurs, was deeply reluctant to join in. Then top secret British code-breakers deciphered the Zimmermann Telegram which revealed that Germany was encouraging Mexico to attack America. Now America joined the First World War.

Part 8: Revolution
This episode examines how governments, worried about unrest at home, set about fomenting revolution among the enemy. Britain sponsored the Arab revolt through Lawrence of Arabia, while Germany backed Irish independence and helped Lenin get back to Russia in 1917.

Part 9: Germanys Last Gamble
In March 1918, Germany launched a massive offensive on the Western Front - her bid to win the war before the Americans arrived. The master was General Erich Ludendorff - a genius, but unstable. Within days the British Fifth Army was in retreat, Paris was under shell-fire and some Allies feared defeat. But Germany's allies, Ottoman Turkey and Austria-Hungary, were starving and demoralised and the war-weary German Home Front was infected with dangerous socialist ideas. Then Ludendorff's great offensive ran out of steam, having stormed ahead without strategic aims or supplies. German soldiers slowed, exhausted and hungry. And then the Americans started pouring in.

Part 10: War Without End
The war's last months were more destructive than trench warfare had been. Germany remained on French soil, believing herself unbeatable. The Armistice was the Allies' bid to obtain - on paper - Germany's unconditional surrender. At Versailles she was made to shoulder the blame for the war, to force her to pay for it. The war, with losses of over 20 million, was later deemed as a senseless waste, but at the time it was seen in positive terms - for defence against aggression, for glory. It curbed militarism, for a while, but was not the war to end all wars. Its terrible message to the century it shaped was that war can fulfil ambitions, that war can work. 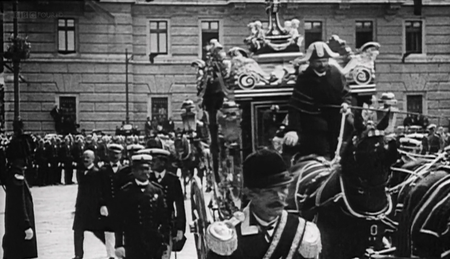 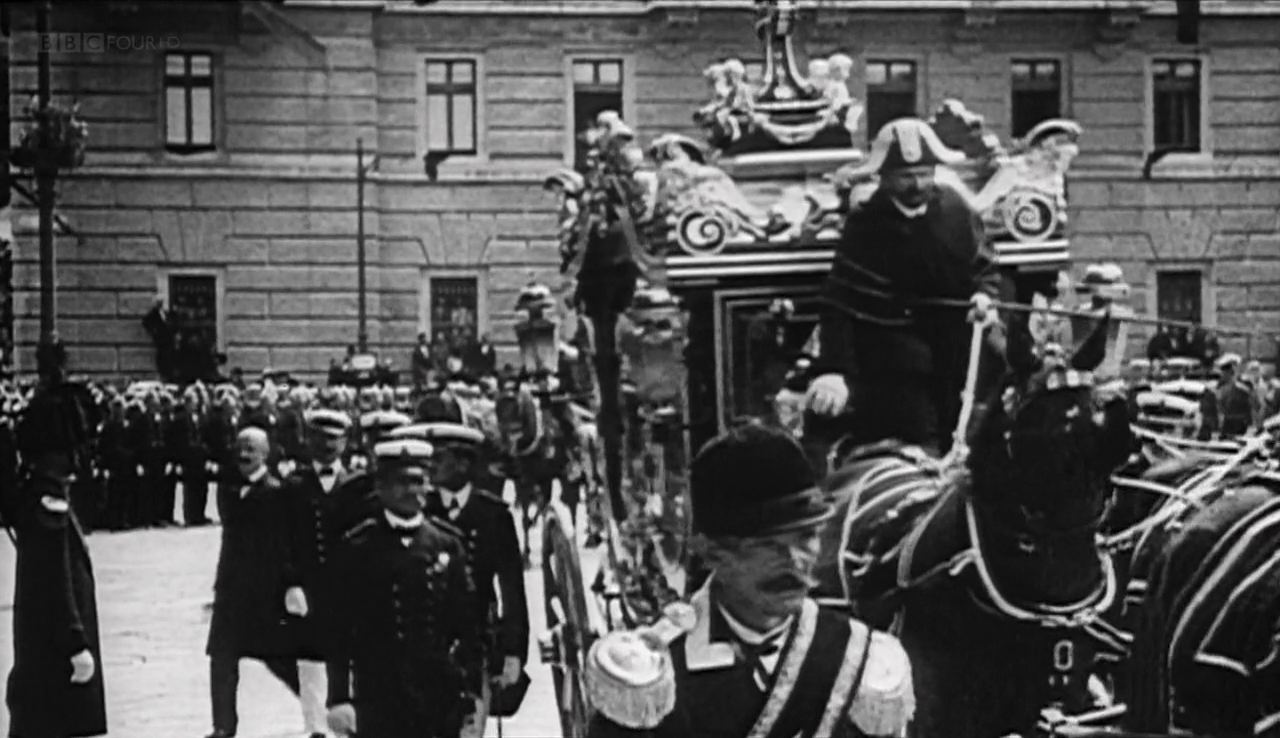 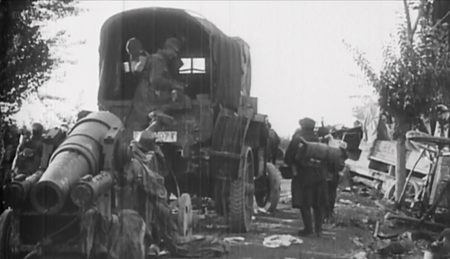 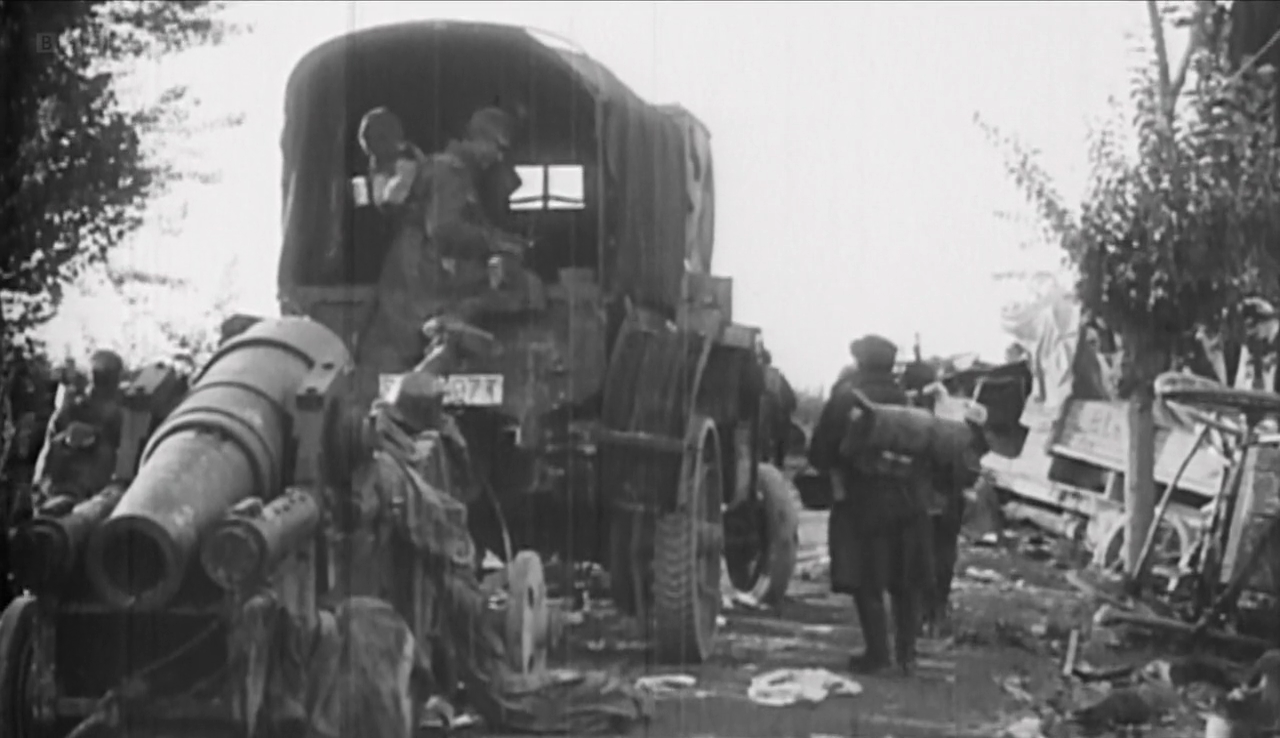 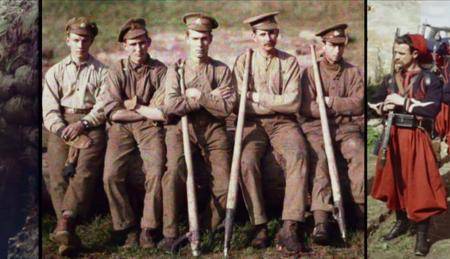 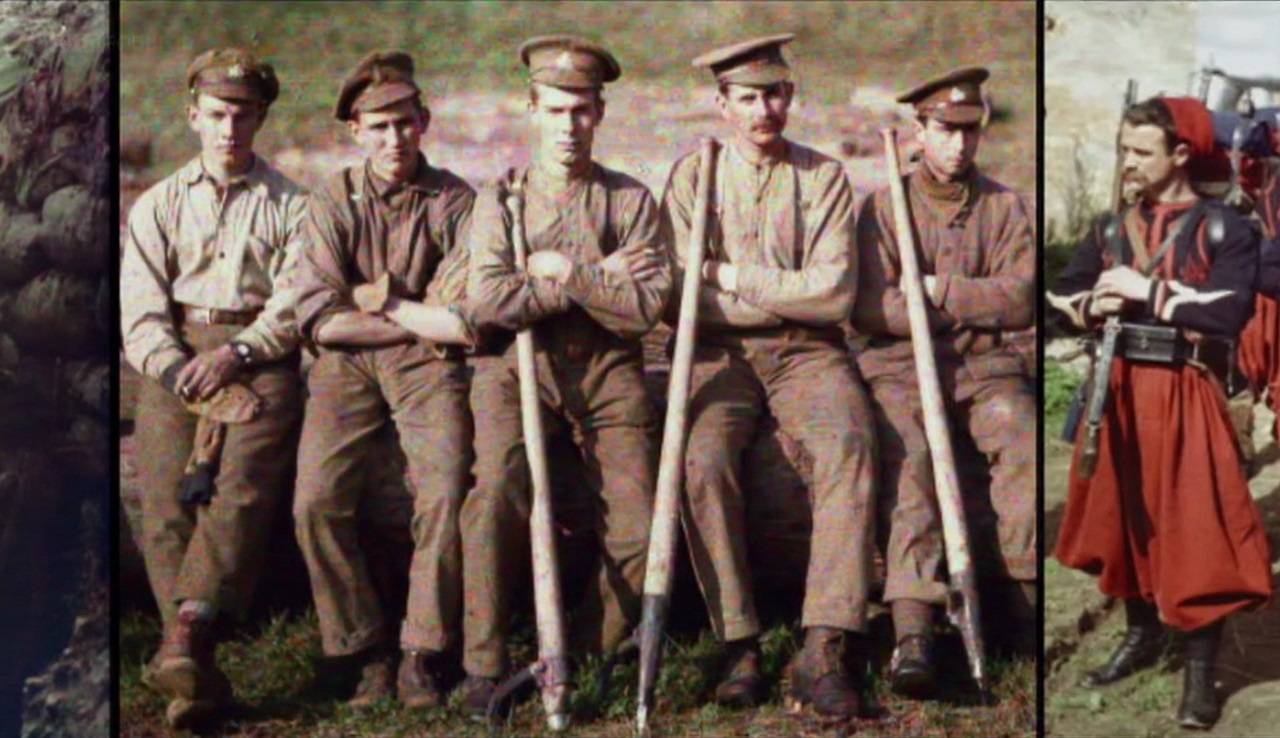 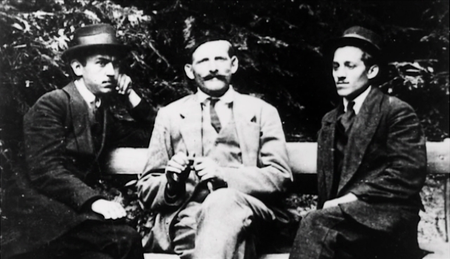 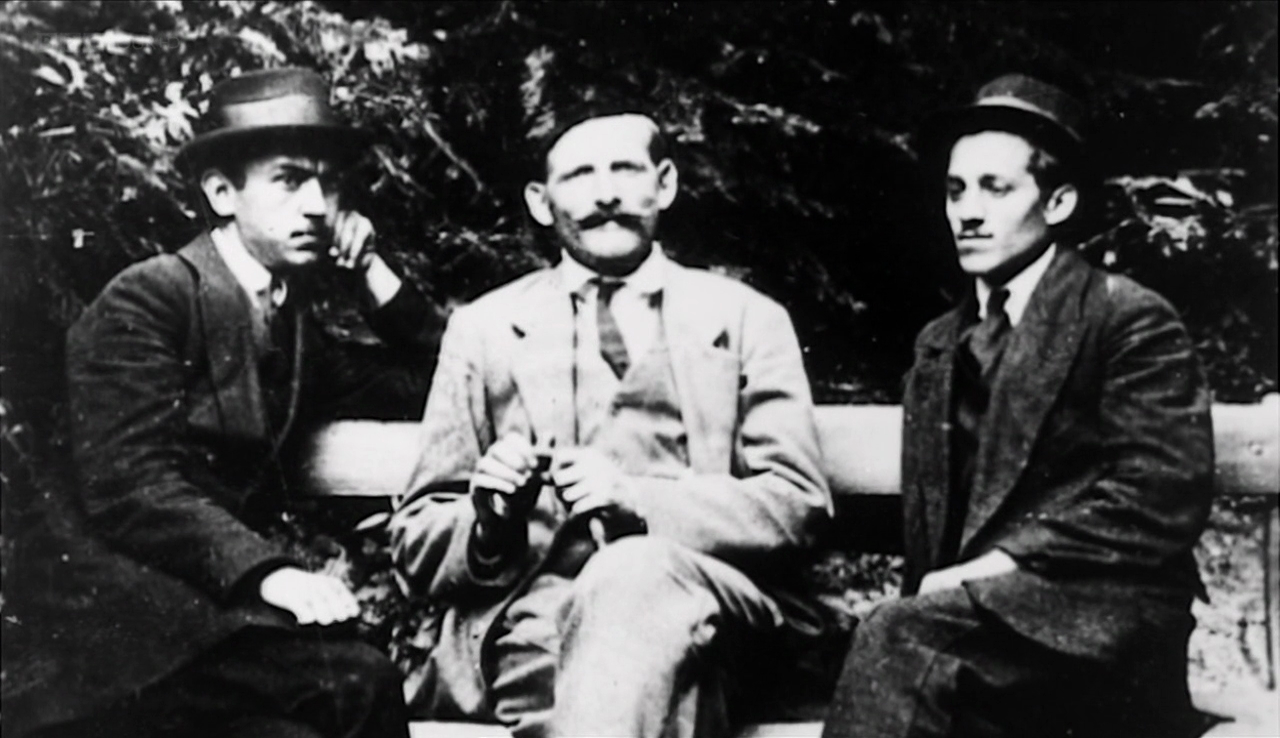