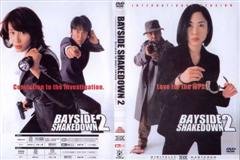 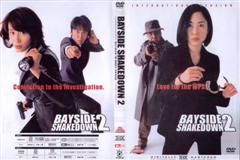 The movie takes place again in the fictional Wangan Station of the Tokyo Metropolitan Police Department, in the five years since the previous movie, the once empty space within Wangan's jurisdiction (the station was once referred to disparagingly as "the empty space station" by the surrounding jurisdictions) has become a popular tourist attraction, the officers at Wangan Station now have their hands full dealing with all manner of tourist related issues. In a sign of how much has not changed in the last five years, when Detective Sergeant Shunsaku Aoshima and several of other detectives playing the part of terrorists defeat a SAT assault team during a counterterrorism exercise in front of the police brass and the media, all the detectives promptly have their pay docked by headquarters.

When a string of murders of company execs begins taking place, Aoshima jumps at the opportunity to pursue something other than his current case, which he finds less than inspiring. However the powers that be have other ideas, and Wangan again plays host to a special investigation team from headquarters, led by Superintendent Okita, whose inflexible methods, reliance on technology over old fashioned police work, and condescending attitude towards the locals quickly leads to one fiasco after another, with the local officers working to clean up the resulting mess. Aoshima's friend Superintendent Shinji Muroi, assigned by headquarters to assist Okita, is again powerless to help the local officers as decisions are made by the higher ups.