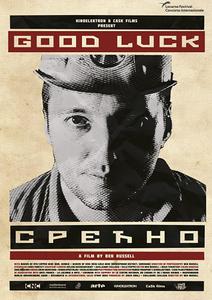 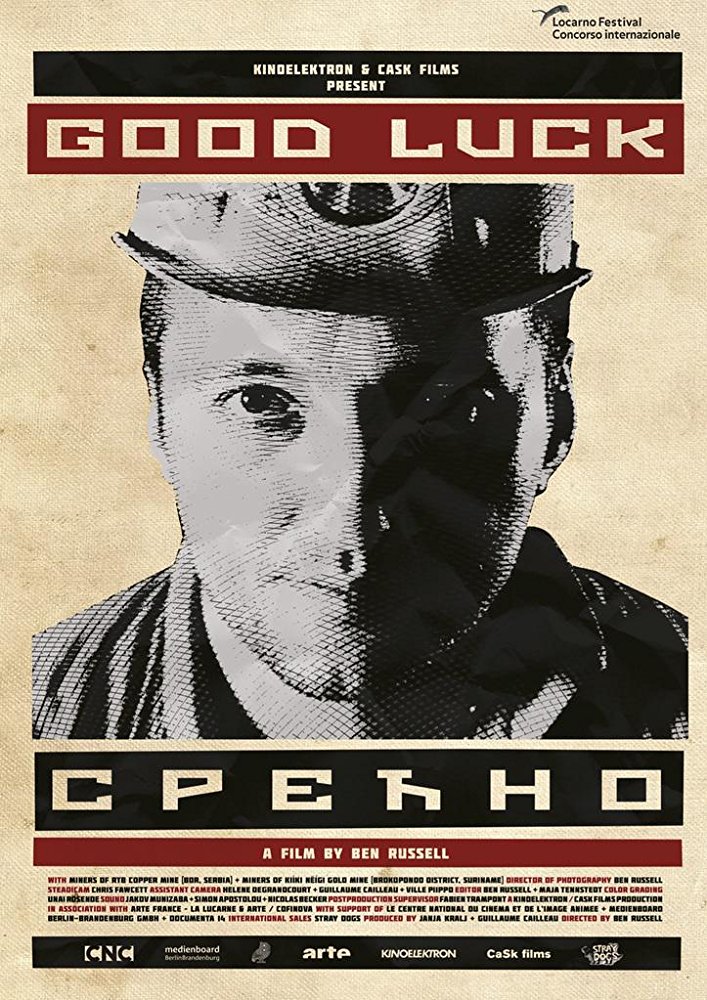 Beginning with a 600-meter descent into the depths of the earth, Good Luck shines a flashlight onto the human face of labor in the time-warp'd working conditions of an underground state-owned mine in Serbia. The hiss of oxygen cuts through the diesel rumble, the walls of the office vibrate with explosions two levels below; war-torn and half-forgotten, these miners' physical struggle finds its mirror a continent away - in the tropical heat of an illegal Surinamese gold mine. The water pumps roar under the blinding sun; silver liquid rolls across the hand of a Saramaccan Maroon as he adds mercury to dirt in a never-ending search for gold. Formed between dark and light, cold and heat, North and South, Good Luck immerses its viewer in the precarious natural and social environments of two distinct labor groups so as to better understand the bonds that men share. Here is the human foundation of capital, revealed. 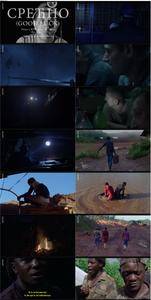 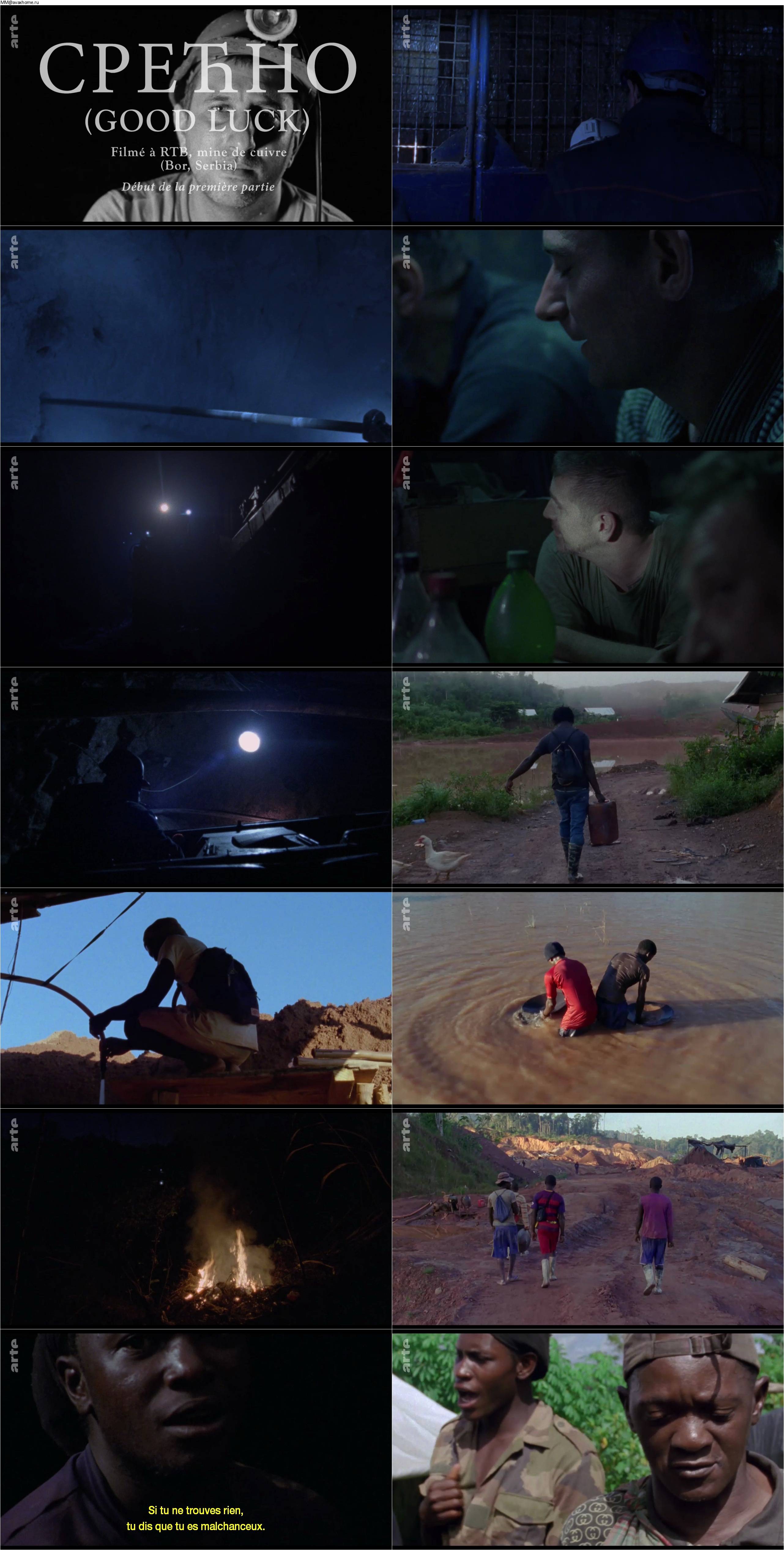