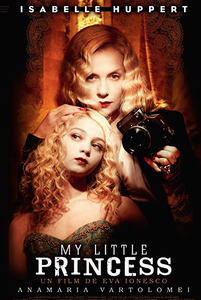 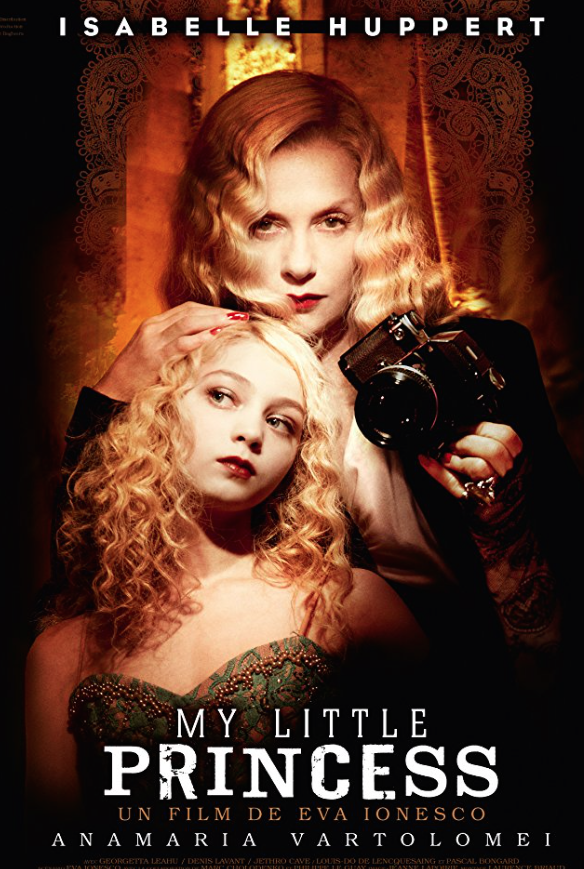 In the 1970s, Ionesco’s mother rocked the Paris art world with photographs of her naked, pre-pubescent daughter. Ionesco recalls that the mother began posing her when she was just four. In My Little Princess, Violetta (Vartolomei) is ten when wildly unconventional mother Hanna (Huppert) takes the fun of dressing up in old clothes to a different level. Soon, Hanna has the career and acclaim she has always desired whilst Violetta is both seduced and appalled by her sudden elevation into an adoring adult world.

"My Little Princess", Eva Ionesco's debut film explores the intense relationship between mother & daughter. Although, initially it may sound like a cinematic cliché to go over family dynamics once again, the film offers us a double controversy:

The first being the relationship itself and the fact that the mother (played beautifully by Isabelle Huppert) takes erotic/pornographic photos of her under-aged daughter(Anamaria Vartolomei) and sells them. The second being that these very events happened in the director's actual life and caused a huge spark in France.

The narration explores how these dynamics came to be about and their ultimate unraveling. Aesthetically, the film borrows a lot from R.W Fassbinder, particularly his BDR trilogy and his collaboration with Hanna Schygulla. Huppert's appearance and beautiful designer gowns (most notably Yves Saint-Laurent) pays homage to the 30s and several references have been made to Marlene Dietrich. The problematic of the working woman struggling to survive in a ruthless world has been explored by the German director back then and is repeated by Ionesco today, with emphasis on child abuse.

Also, Huppert's acting never disappoints but Vartolomei was surprisingly brilliant. Her very young age and the salacious material of the text did not deter this great talent from the intense performance she gave. The latter is indeed a gentle reminder of Brook Shields' days in "Pretty Baby" & "The Blue Lagoon".