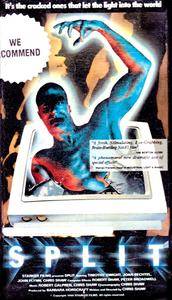 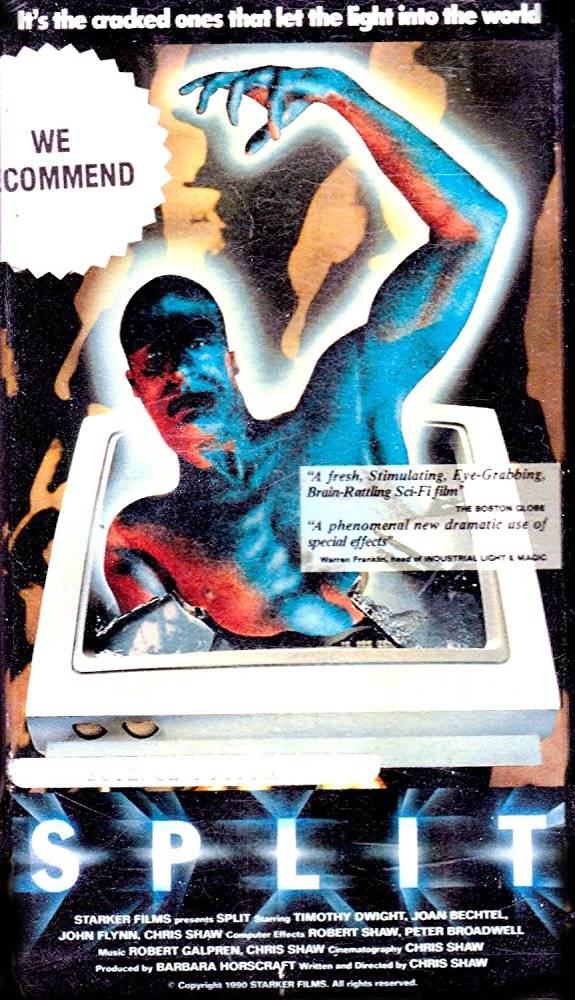 Sci-fi story about a man (Timothy Dwight) on the run from a Big Brother-like security force.

It is uncertain whether the futuristic thriller Split, which first saw the light of day at the 1989 Berlin Film Festival, was ever released. Reviewers who saw it at the time referred to it as a rough draft rather than a finished film. Clearly the independent work of one man, Chris Shaw, who wrote, directed, did the camera work and wrote at least some of the music, as well as acting in a key role as the film's villain, it offers some intriguing material in its storyline and special effects. The film concerns a visionary man named Starker (Tim Dwight), who has a message designed to counter the oppressive junk put out by "Big Brother's" media. He is perceived as a danger by the powers that be, and to escape surveillance, he goes on the run, pusued by an evil genius Chris Shaw.