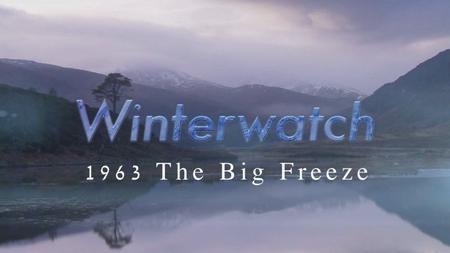 
Chris Packham introduces a classic documentary from the BBC's archive, which takes a look at the worst winter of the 20th century in 1963. He also explores what we now know about how this big freeze affected Britain's wildlife, and how it would cope if we experienced another equally bad winter.
Documentary
Details 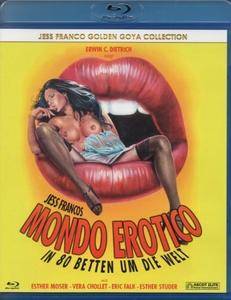 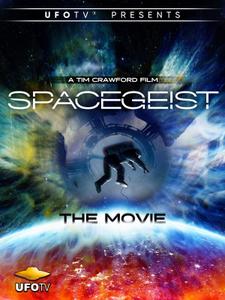 Spacegeist: The Movie (2019)
WEBRip | 1600x900 | .MKV/AVC @ 2099 Kbps | 1 h 16 min | 1.21 GiB
Audio: English AAC 152 kbps, 2 channels | Subs: None
Genre: Documentary
Secret Space is no longer secret. The militarization and corporatization of space, hybrid artificial intelligence, public surveillance, and the National Security State have reached unimaginable proportions and the cost of secrecy is beyond comprehension. UFO and extraterrestrial contact plays a major role in the military industrial space race now under way. Get the facts in Spacegeist The Movie.
Documentary
Details 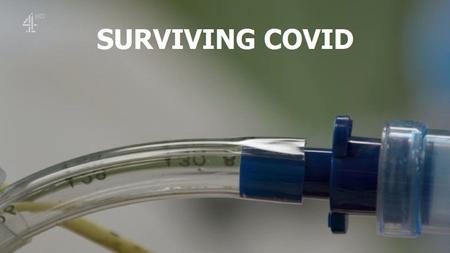 Channel 4 - Surviving Covid (2020)
HDTV | 1920x1080 | .MKV/AVC @ 1782 Kbps | 1 h 7 min | 928 MiB
Audio: English AAC 126 kbps, 2 channels | Subs: English
Genre: Documentary
An intimate, feature-length documentary following the stories of four patients at London's King's College Hospital who have been struck down by Covid-19. The film follows the patients and their families over a six-month period, offering a stark reminder of how frightening and destructive the Covid-19 virus can be.
Documentary 2020
Details 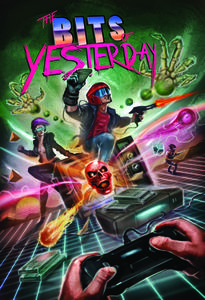 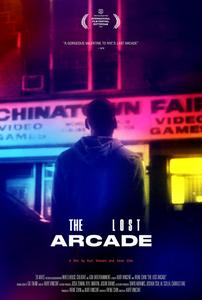 The Lost Arcade (2015)
WEBRip | 1280x720 | .MKV/AVC @ 4828 Kbps | 1 h 16 min | 2.69 GiB
Audio: English EAC3 224 kbps, 2 channels | Subs: English
Genre: Documentary
The story of Chinatown Fair, the legendary arcade located in the heart of New York's Chinatown. This documentary explores how the arcade became a shelter to a community as diverse as the city surrounding it and changed lives in doing so.
Documentary
Details 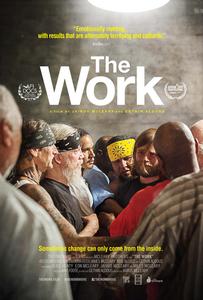 The Work (2017)
DVDRip | 716x572 | .MKV/AVC @ 2185 Kbps | 1 h 25 min | 1.61 GiB
Audio: English AC3 448 kbps, 6 channels | Subs: None
Genre: Documentary
Set inside a single room in Folsom Prison, three men from the outside participate in a four-day group-therapy retreat with a group of incarcerated men for a real look at the challenges of rehabilitation.
Documentary
Details 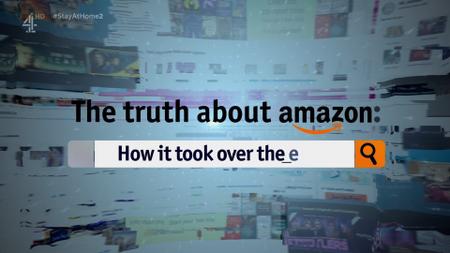 Ch4. - The Truth about Amazon: How It Took Over the World (2020)
HDTV | 1920x1080 | .MKV/AVC @ 3279 Kbps | 46 min 55 s | 1.12 GiB
Audio: English AAC 123 kbps, 2 channels | Subs: English
Genre: Documentary
Sabrina Grant and Helen Skelton investigate how the online retailer's dominant position in the marketplace and wealth of consumer information forces other companies to adapt their retail strategy to keep up. The programme also reveals how Amazon is rapidly replacing Google as the biggest gateway to the Internet and examines the company's plans to enter the grocery trade.
Documentary 2020
Details 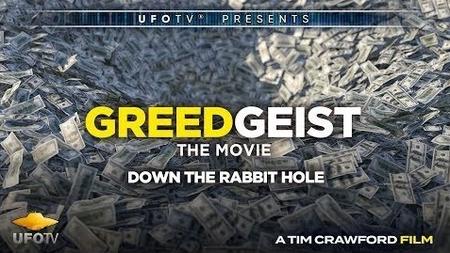 Greedgeist - Down The Rabbit Hole (2020)
WEBRip | 1600x900 | .MKV/AVC @ 1643 Kbps | 1 h 28 min | 1.11 GiB
Audio: English AAC 152 kbps, 2 channels | Subs: None
Genre: Documentary
Greedgeist looks at our relationship with money and the manifestation of greed in our culture, all seen through the camera lens of journalists from around the world. Greedgeist reveals how money, and the laws that govern it, is being debated by politicians, corporations, and our learning institutions and the polarizing affect of greed in the world at large and in our daily lives.
Documentary 2020
Details 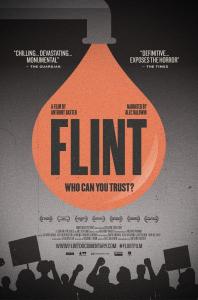 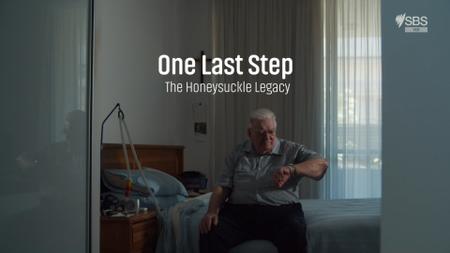 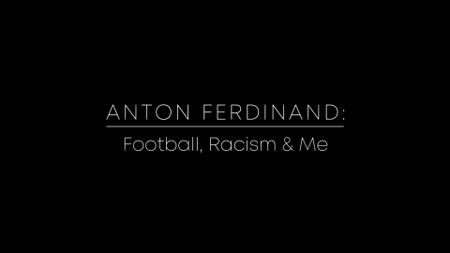 BBC - Anton Ferdinand: Football, Racism and Me (2020)
HDTV | 1920x1080 | .MKV/AVC @ 3751 Kbps | 58 min 42 s | 1.60 GiB
Audio: English AAC 123 kbps, 2 channels | Subs: English
Genre: Documentary
Former professional footballer Anton Ferdinand explores the issue of racial abuse in the game from a personal perspective. Following a sharp rise in reported incidents of racial abuse in football, Anton talks for the first time about his own highly publicised 2011 incident with the former England captain John Terry. Anton wants to understand his own story and find out what needs to be done to address the problem of racism in the game today. He also confronts the online abuse he has experienced since, which has affected his mental health, his career and the lives of his loved ones.
Documentary 2020
Details 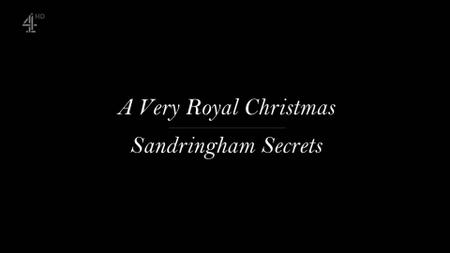 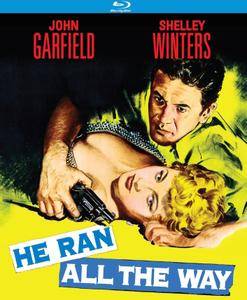 He Ran All the Way (1951)
BDRip 720p | MKV | 1280 x 720 | x264 @ 2560 Kbps | 1h 18mn | 1,50 Gb
Audio: English AC3 2.0 @ 192 Kbps | Subtitles: None
Genre: Crime, Drama, Film-Noir | Director: John Berry
The uptight and dumb small time thief Nick Robey and his partner and only friend Al Molin steal $10,000.00 from a man, but the heist goes wrong. Al Molin is killed by a policeman and Nick shoots him in the spine. He hides out in a public swimming pool and meets the lonely spinster Peggy Dobbs in the water. Nick uses Peggy to lie low. He offers a ride in a taxi to her and she invites him to her apartment, where she introduces her family to him. When Nick discovers that he killed the cop, he decides to use Peggy's apartment as hideout to wait the police manhunt cool down. When Nick finds that Peggy loves him, he invites her to leave town with him and asks her to buy a used car. However, Nick cannot trust anybody and believes Peggy has betrayed him.
1951 Classics Crime Drama Film-Noir John Berry
Details 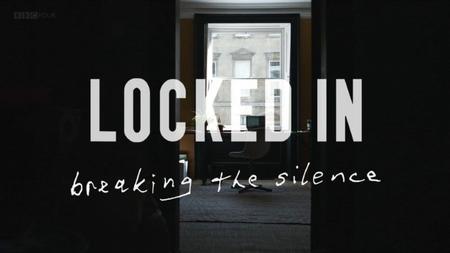 BBC Storyville - Locked In: Breaking the Silence (2020)
HDTV | 1920x1080 | .MKV/AVC @ 1458 Kbps | 1 h 16 min | 875 MiB
Audio: English AAC 132 kbps, 2 channels | Subs: English
Genre: Documentary
An intimate, personal and surprisingly life-affirming story with a rare illness, Guillain-Barr? syndrome, at its heart. Director Xavier Alford is finally confronting an illness he has been hiding from family, close friends and even himself. Locked In: Breaking the Silence follows him trying to make sense of the mysterious illness that has taken over his life in the only way he knows how - by making a film about it. What is it like to get a diagnosis of an incredibly rare condition that turns your whole world upside down? No-one can tell you why or how you got it, not even doctors. No-one knows how to beat it and there is no cure.
Documentary 2020
Details
Publication archive