The Brutal Hopelessness of Love (2007) 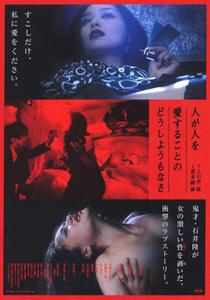 Famous movie actress Nami is being interviewed by a magazine reporter about her new film in which the plot resembles her real life. Her actor husband Yosuke has an affair with a young actress Junko whereas in the movie. 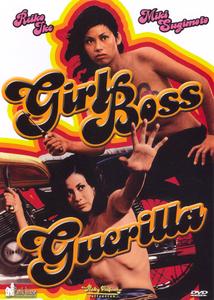 
Miko Sugimoto is the leader of the Red Helmet Gang, a biker girl gang from Shinjuku who wind up in Kyoto and make a bid to take over the local girl gangs there. Successful for a short time in ruling the streets it isn't long before Miko and her crew run afoul of the local Yakuza, and are forced to turn to Reiko Ike, a ronin Yakuza girl, and sister to one of the top Yakuza in Kyoto, for help, leading to a murderous showdown at a small coastal resort. 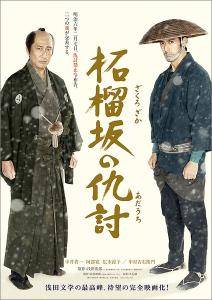 The Thick-Walled Room (1956) [The Criterion Collection] 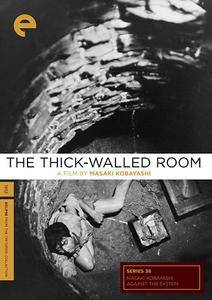 The Thick-Walled Room (1956)
DVDRip | MKV | 640x464 | x264 @ 1511 Kbps | 110 min | 1,46 Gb
Audio: Japanese (日本語) AC3 1.0 @ 384 Kbps | Subs: English (embedded in MKV)
Genre: Drama
Even early on in his directing career, Masaki Kobayashi didn’t shy away from controversy. Among the first Japanese films to deal directly with the scars of World War II, this drama about a group of rank-and-file Japanese soldiers jailed for crimes against humanity was adapted from the diaries of real prisoners. Because of its potentially inflammatory content, the film was shelved by the studio for three years before being released.
1956 Criterion Collection Drama Japanese Kôbô Abe Masaki Kobayashi
Details 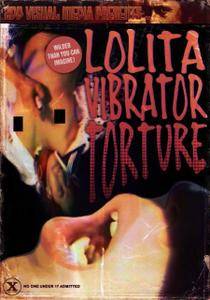 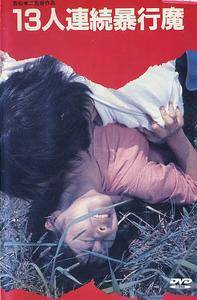 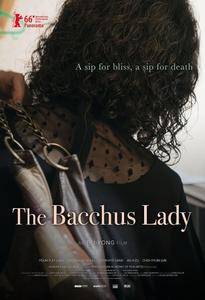 The Bacchus Lady (2016)
DVDRip | MKV | 720x368 | x264 @ 1830 Kbps | 111 min | 1,61 Gb
Audio: Korean (한국어) AAC 5.1 @ 239 Kbps | Subs: English (embedded in MKV)
Genre: Drama
‘Bacchus ladies’ are elderly women who sell a popular soft drink containing taurine known as ‘Bacchus’ and offer sexual services on the side. Korea’s rapidly ageing society barely has any money left for its pensioners and poverty among the elderly is soaring. When little Min-ho’s mother is detained by the police, So-young takes him in. The boy, who only speaks Filipino, experiences a rather unique sort of patchwork family in this courtyard peopled, alongside So-young, by her transgender neighbour and a one-legged young man. Many of So-young’s aged former clients and friends can no longer see a way out of their situation. One after the other, they ask this laconic lady, who for years has been harbouring a secret, for one last favour.
2016 Drama Je-yong Lee Korean
Details 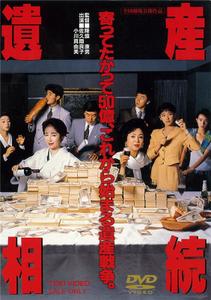 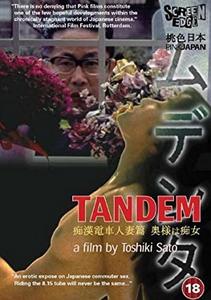 Tandem (1994)
DVDRip | AVI | 720x448 | XviD @ 3814 Kbps | 57 min | 1,57 Gb
Audio: Japanese (日本語) MP3 @ 128 Kbps | Subs: English hardcoded
Genre: Art-house, Drama, Pinku
The story of two men, one middle aged one mid twenties, who make friends and exchange cigarettes and stories of their sex lives, unaware they have unwittingly exchanged partners. The story, told in flashbacks, as the two men travel through the night on a motorcycle, is loaded with highly charged eroticism. Sex and violence are juxtaposed against the drabness of the men's everyday lives, effectively blurring the line between what is real and what is fantasy. Founded on the well-known myth of furtive sexual gropers on the rush-hour Tokyo commuter trains, Tandem is a low-key masterpiece of Japanese Pink Cinema.
1994 Art-house Drama Erotic Japanese Pinku Toshiki Satô
Details 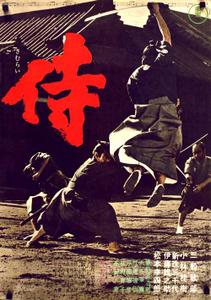 Samurai Assassin (1965)
DVDRip | MKV | 716x438 | x264 @ 1877 Kbps | 121 min | 1,76 Gb
Audio: Japanese (日本語) AC3 2.0 @ 192 Kbps | Subs: English (embedded in MKV)
Genre: Action, Adventure, Drama
February 17 to March 3, 1860, inside Edo castle. A group of assassins wait by Sakurada Gate to kill the lord of the House of Ii, a powerful man in the Tokugawa government, which has ruled Japan for 300 years. They suspect a traitor in their midst, and their suspicions fall on Niiro, an impoverished ronin who dreams of samurai status, and Kurihara, an aristocratic samurai who befriends Niiro. Niiro longs to identify his father, knowing he is a high-ranking official who will disclose himself only if Niiro achieves samurai status. With American ships in Japan's harbors, cynicism among the assassins, and change in the air, Niiro resolves to reach ends that may prove ephemeral.
1965 Action Adventure Drama Japanese Kihachi Okamoto Toshirô Mifune
Details 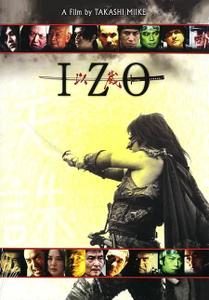 Izo (2004)
DVDRip | MKV | 704x464 | x264 @ 1947 Kbps | 129 min | 2,04 Gb
Audio: Japanese (日本語) AC3 2.0 @ 192 Kbps + English dub MP3 @ 128 Kbps | Subs: English
Genre: Action, Drama, Fantasy
We begin in 1865, when the Shogunate is on its last legs, but still capable of punishing its enemies. One is Izo (Kazuya Nakayama), an assassin in the service of Hanpeida (Ryosuke Miki), a Tosa lord and Imperial supporter. After killing dozens of the Shogun's men, Izo is captured and crucified. Instead of being extinguished, his rage propels him through the space-time continuum to present-day Tokyo, where he finds himself one with the city's homeless. Here Izo transforms himself into a new, improved killing machine, his entire soul still enraged by his treatment in his past life. His response to the powers-that-be, whose predecessors put him to death, is the sword.
2004 Action Drama Fantasy Horror Japanese Takashi Miike
Details 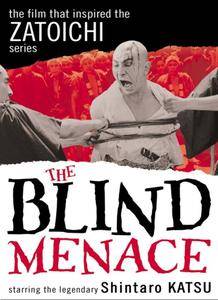 The Blind Menace (1960)
DVDRip | MKV | 712x360 | x264 @ 2337 Kbps | 90 min | 1,64 Gb
Audio: Japanese (日本語) AC3 2.0 @ 192 Kbps | Subs: English (embedded in MKV)
Genre: Drama
Before he portrayed the legendary blind swordsman, Zatoichi, Shintaro Katsu played Suganoichi, a blind court masseur with a dark side. An outcast since birth, he learned from a young age that the only way to get ahead was to take advantage of others. Now an expert con-artist with a heart of coal, Suganoichi is on a vile quest for power, and everyone
else will suffer along the way!
1960 Drama Japanese Kazuo Mori
Details 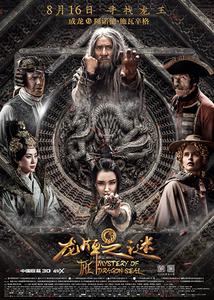 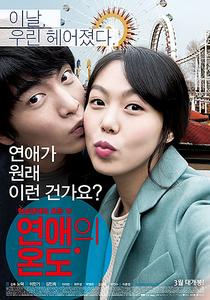 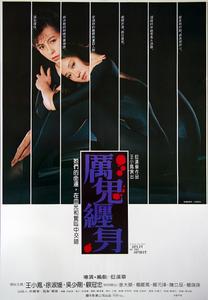 Split of the Spirit (1987)
DVDRip | MKV | 698x458 | x264 @ 2768 Kbps | 88 min | 1,98 Gb
Audio: 官话 and 廣東話 - each track AC3 2.0 @ 192 Kbps | Subs: English
Genre: Horror, Thriller
Lu Ling is a choreographer under pressure. Her man has just left her, and the success of a big show depends on her. But when she accidentally knocks over the ashes of a woman who was recently killed (partly by witchcraft), things start to get even worse.
1987 Cantonese Drama Fred Tan Horror Mandarin
Details
Publication archive