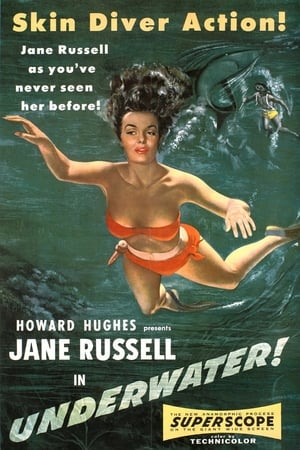 Underwater! (1955)
Dominic Quesada and Johnny Gray, two SCUBA divers searching for sunken treasure off the coast of Cuba, think they've hit the jackpot when they find a 17th century ship on the sea floor. They need working capital however and Johnny is ready to hock his boat but his wife Theresa think their off on another wild scheme that will leave them all poorer than when they started. She comes around however and are soon joined by Gloria, whose boat they will use and Father Cannon, a university professor and archaeologist. Although Dominic hasn't been completely honest with his partners, hey may in fact be in the area of a major treasure ship. When they do find it, the ship is teetering on the edge of a 300 foot cliff and dangerous for even the most experienced divers. Written by garykmcd
Adventure Drama