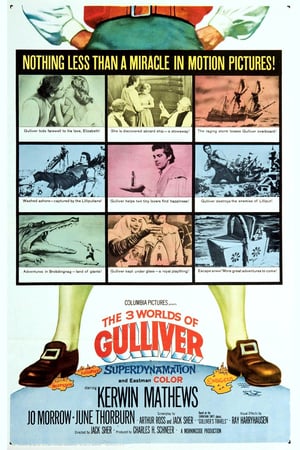 The 3 Worlds of Gulliver (1960)
Doctor Gulliver is poor, so nothing - not even his charming fiancée Elisabeth - keeps him in the town he lives. He signs on to a ship to India, but in a storm he's washed off the ship and ends up on an island, which is inhibitated by very tiny people. After he managed to convince them he's harmless and is accepted as one of their citizens, their king wants to use him in war against a people of giants. Compared to them, even Gulliver is a gnome.
Music Adventure Fantasy Comedy Family