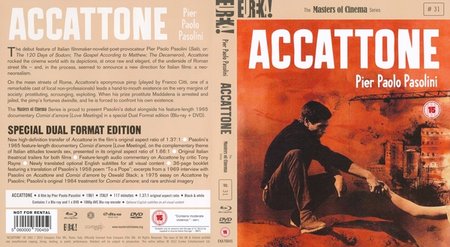 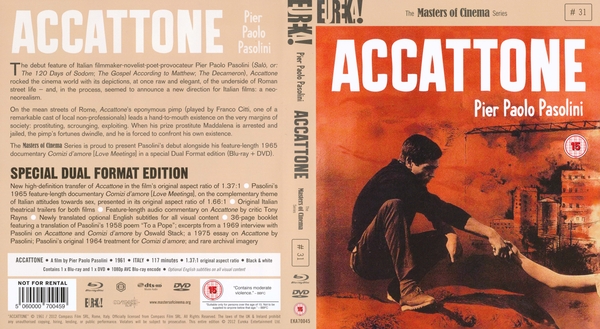 The debut feature of Italian filmmaker-novelist-poet-provocateur Pier Paolo Pasolini (Salò, or: The 120 Days of Sodom; The Gospel According to Matthew; The Decameron), Accattone rocked the cinema world with its depictions, at once raw and elegant, of the underside of Roman street life – and, in the process, seemed to announce a new direction for Italian films: a neo-neorealism.

On the mean streets of Rome, Accattone’s eponymous pimp (played by Franco Citti, one of a remarkable cast of local non-professionals) leads a hand-to-mouth existence on the very margins of society: prostituting, scrounging, exploiting. When his prize prostitute Maddalena is arrested and jailed, the pimp’s fortunes dwindle, and he is forced to confront his own existence.

The work of one of Italy’s foremost auteurs, Accattone combines a fascination with poverty, sexual mores, and the entrapments of society, with a sense of humanity and sanctity rarely seen in cinema.

Pier Paolo Pasolini was born in 1922, the son of an army officer whose support for fascism led the young Pasolini to become a fervent Marxist. Developing an early interest in literature and the arts, he was a published poet at the age of only 19 and by the time he began his career in film 13 years later, he had already established himself as an eminent essayist, critic and novelist. 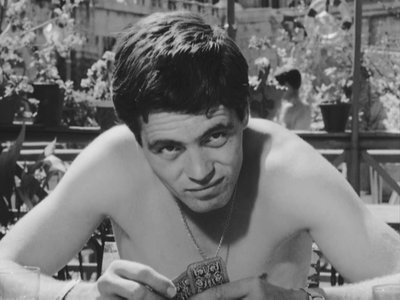 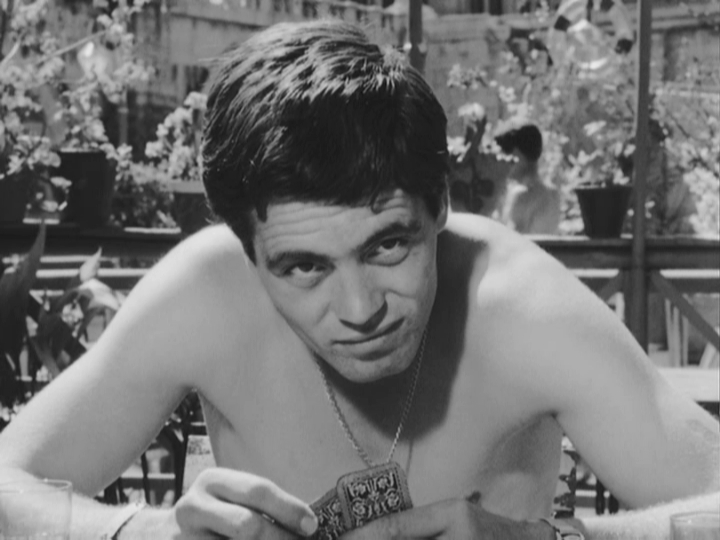 Having collaborated on a number of screenplays including Federico Fellini’s La Notti di Cabiria/Nights of Cabiria (1956) and Mauro Bolognini’s Il Bell’Antonio (1960), Pasolini finally began his own career as a writer-director in 1961 with Accatone, a film based upon one of his own novels, Una Vita Violenta (A Violent Life). The film created an immediate impact when it premiered at the 22nd Venice Film Festival, due in part to its grittily realistic and hitherto barely glimpsed depiction of a sub-proletarian Rome, populated by thieves, pimps, hustlers and prostitutes. Seen from a distance of more than 45 years, however, what’s most striking about Pasolini’s debut is neither its seedy milieu nor even the director’s talent for storytelling (the plotting and exposition in the early scenes are particularly clumsy and confusing), but the power of the film’s compassion and raw beauty. 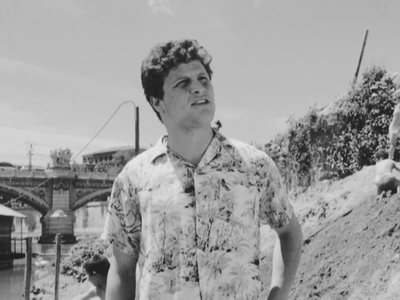 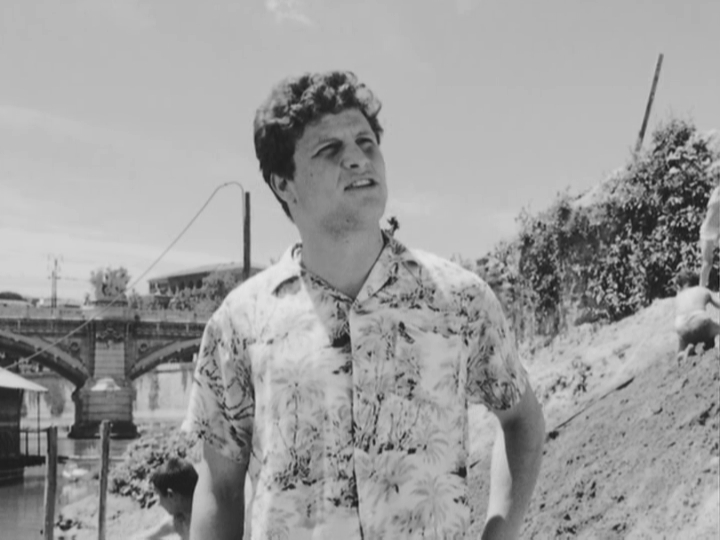 Vittorio Cataldi (known as Accatone) is a cynical young pimp whose life and income go into freefall following the arrest of the girlfriend he has been prostituting to support his indolent lifestyle. Estranged from his wife and young son and reviled by her family as an embarrassment and a disgrace, he gropes for redemption in the arms of a beautiful virgin peasant girl named Stella. However, unable to break out of the lifestyle that has trapped and conditioned him, Accatone’s life spirals towards its premature end with a sense of tragic inevitability. 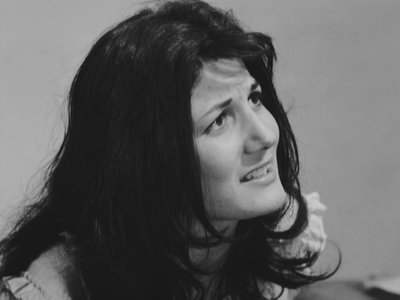 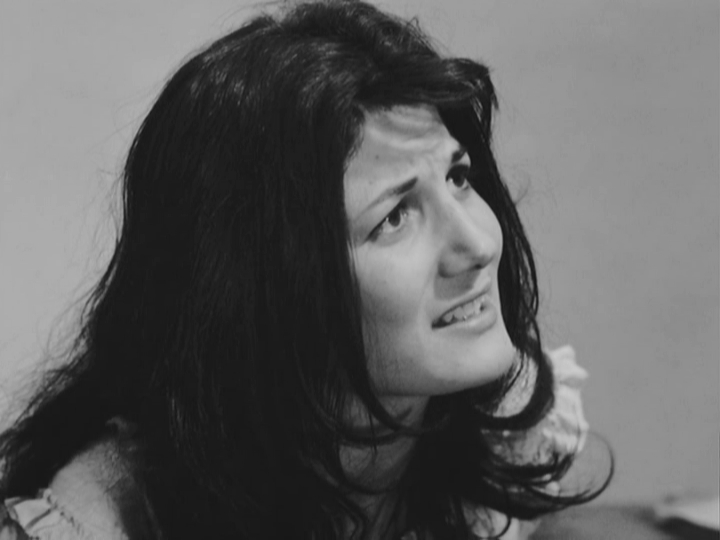 Pasolini’s attempts to reconcile his Marxism and his Catholicism underpin the film (as they would underpin much of his career), both in terms of the film’s depiction of an underclass caught in a vicious circle of criminality and poverty, and in the religiosity which informs both the tone of the film and its themes of grace and redemption. It’s easy to see why Pasolini’s work had such a profound effect on the young Scorsese and remarkable to note the extent to which Scorsese’s own films, in particular Raging Bull (1980), betray this influence. 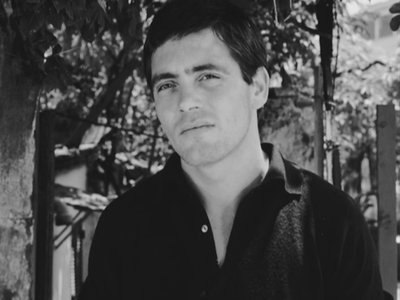 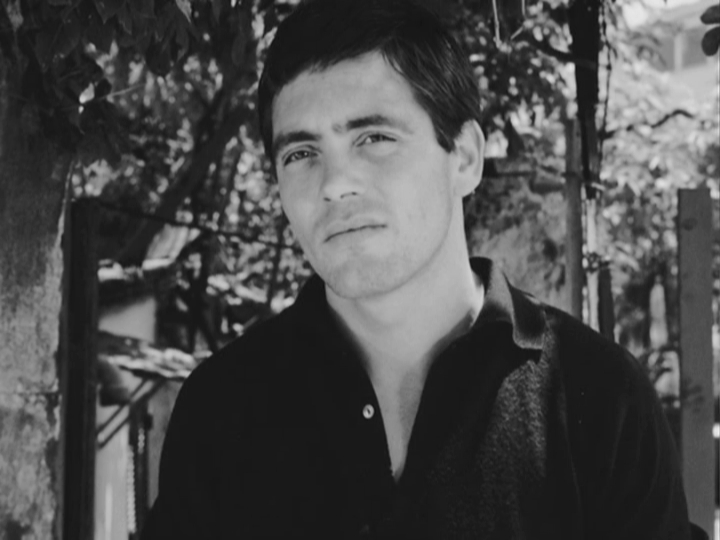 However, Accatone contains a sense of poetry - or perhaps lyricism would be more accurate - that Raging Bull somehow lacks, and there is a humane tenderness in the compassion Pasolini extends to his eponymous anti-hero, which Scorsese seems either unwilling or unable to allow his own brutalised protagonist. That said, Pasolini’s film is defiantly unsentimental. Although fate, circumstance and social conditioning are all presented as contributing factors in Accatone’s downfall, no attempt is made by the director to excuse his arrogance, misogyny or predisposition to self-destruction. 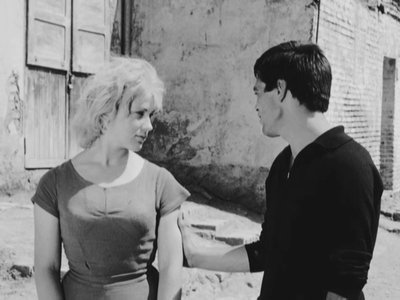 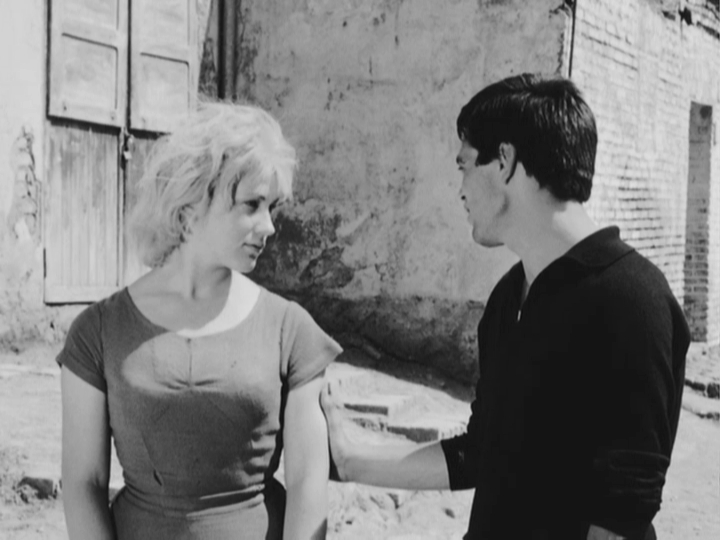 Ironically, it was this unwillingness to editorialise by condemning his characters’ shortcomings that often led to Pasolini’s films being criticised, particularly for their sexual politics. However, it’s a mistake to assume that this lack of explicit judgement amounts to endorsement. Rather, it is reflective of a humanism that lends his lowlifes’ stories a dimension of tragic complexity and prevents his films from becoming trite moral lectures or didactic Marxist tracts. Instead, the overall tone created is one of quiet despair at the ways in which the cynicism that informs the choices people make railroads them into a life where they are forced to fight like rats for dominance and survival. 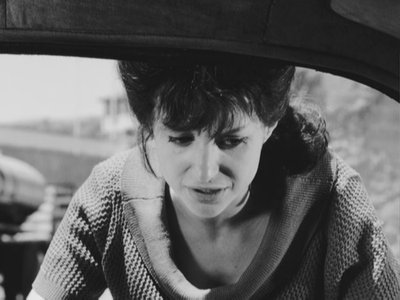 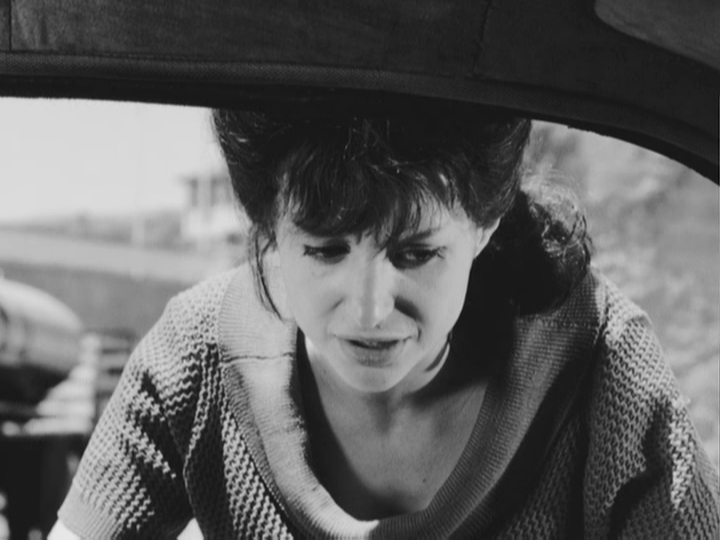 The cast of unknowns are universally terrific, but the fragmentary narrative is held together by the astonishingly nuanced central performance. In the title role (and present in almost every scene), Franco Citti plays Accatone with a combination of brooding, languid charisma and simmering violence. Proud but vulnerable and torn between the reflex of self-interest learned on the streets and feelings of jealousy and affection he has neither the capability nor the maturity to understand, Citti conveys the character’s contradictions with a plausibility and confidence that belies his complete lack of acting experience. 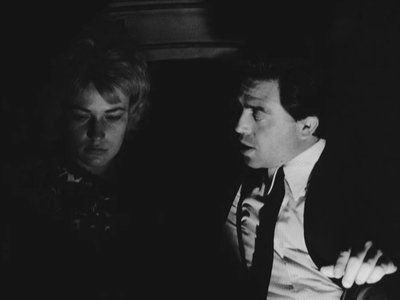 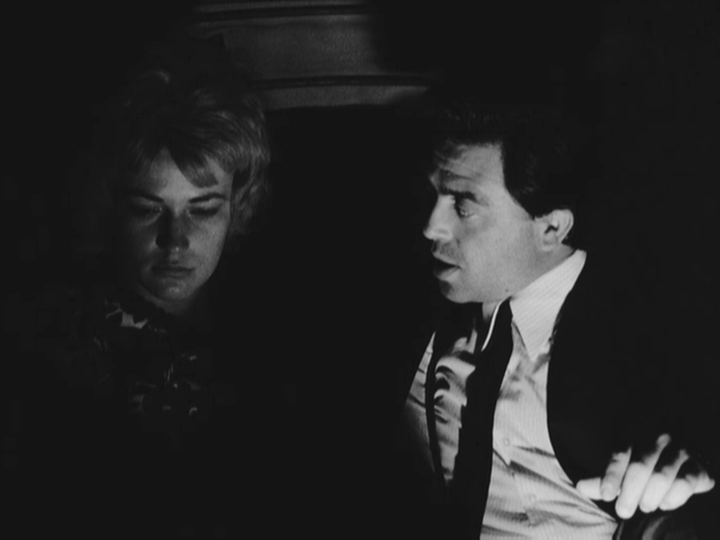 In the neo-realist tradition, Pasolini used a cast made up of non-actors, largely drawn from the environment in which the film is set, and shot exclusively on location in the crumbling slums of Rome. Yet in spite of critics’ attempts to pigeon-hole it as a neo-realist piece of film-making, Accatone’s formal originality defies such easy categorisation, particularly in terms of Pasolini’s imaginative and effective use of music. The score is dominated by the music of Johann Sebastian Bach (Scorsese would use the same piece of music 32 years later in Casino), which elevates a deceptively simple story beyond the trappings of its neo-realist techniques and social concerns and into the realm of an epic allegory about the Lost and the Damned. 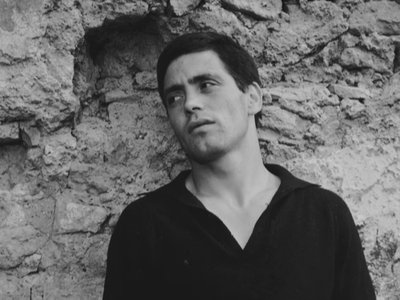 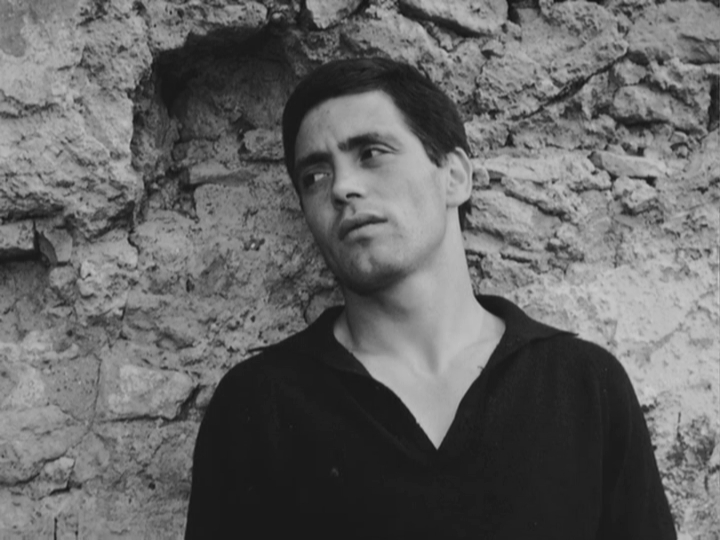 Combined with the foreboding quotation from Dante with which he opens the film and the film’s omnipresent religious undertones and iconography, Pasolini succeeds in taking a small story anchored in the grim realities of post-war poverty and deprivation and giving it the sweep of operatic, even transcendent, emotion and spirituality. That he achieves this command of tone and idiom without lapsing into pretension or self-importance is in itself impressive. That he also managed to craft a profoundly moving work of art is testament to his talents as a visionary filmmaker.
Eye For Film 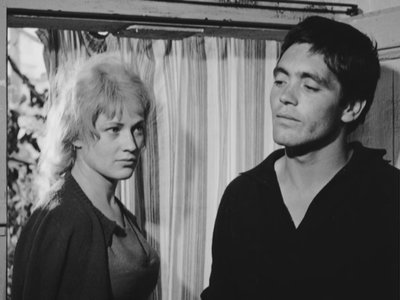 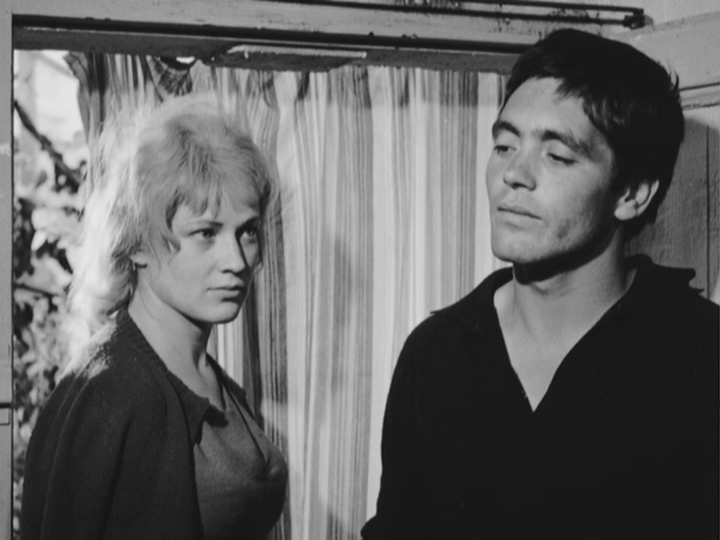 Special Features:
- New high-definition transfer of Accattone in the film’s original aspect ratio
- Pasolini’s 1965 feature-length documentary Comizi d’amore Love Meetings, 96 mins, IMDB, on the complementary theme of Italian attitudes towards sex, presented in its original aspect ratio of 1.66:1
- Original Italian theatrical trailers for both films
- Feature-length audio commentary on Accattone by critic Tony Rayns
- Newly translated optional English subtitles for both films
- 36-page booklet featuring a translation of Pasolini’s 1958 poem “To a Pope”; excerpts from a 1969 interview with Pasolini on Accattone and Comizi d’amore by Oswald Stack; a 1975 essay on the film by Pasolini; Pasolini’s original 1964 treatment for Comizi d’amore; and rare archival imagery