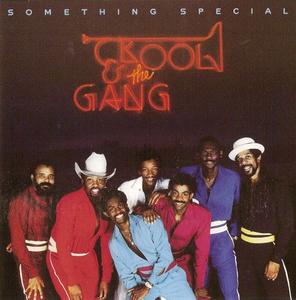 Something Special is the thirteenth studio album by American band Kool & the Gang, released in 1981. It was the group's third consecutive Platinum-certified album. 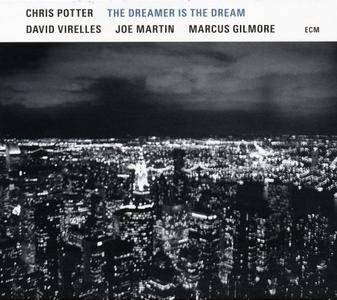 For his third ECM release as a leader, Chris Potter presents a new acoustic quartet that naturally blends melodic rhapsody with rhythmic muscle. The group includes superlative musicians well known to followers of ECM’s many recordings from New York over the past decade: keyboardist David Virelles, bassist Joe Martin and drummer Marcus Gilmore, who each shine in addition to the leader on multiple horns. The Dreamer Is the Dream features Potter on tenor saxophone the instrument that has made him one of the most admired players of his generation in the striking opener “Heart in Hand” and such album highlights as “Yasodhara,” as well as on soprano sax (“Memory and Desire&rdquo;) and bass clarinet (the title track). 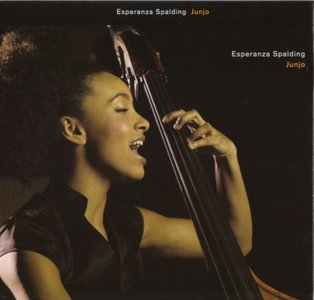 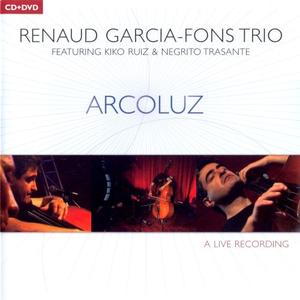 "ArcoLuz", the first live album after six studio recordings on ENJA, powerfully captures the fire and emotionality of Renaud Garcia-Fons' vibrant concert performance. With the core trio of "Entremundo" including upcoming flamenco star-stringer "Kiko" Ruiz and drummer "Negrito" Trasante of Gipsy Kings-fame, Garcia-Fons delivers seven of his thrilling Spanish-influenced pieces, four of them being brand new. His trio's highly inspired, forceful and expressive performance, caught at Germany's Schloss Elmau in summer 2005, is not only presented on a first-class CD recording but can also be seen on a 85-minute DVD video disc directed by Nicolas Dattilesi. With subtitles in four languages and bonus tracks included, the DVD is further proof for Renaud Garcia-Fons' and his trio's extraordinary musicianship and deep-felt emotions. "He's in a position to unite nations of music lovers" 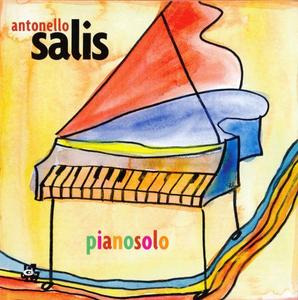 An extraordinary solo performance by one of the most outstanding piano performers on the Italian and international scenes: Antonello Salis. Dynamic, energetic, virtuous, poetic, vigorous, and dashing are just some of the words that come to mind when thinking of Antonello. As put by trumpter and friend Paolo Fresu, "Antonello is a musician who can barely contain his irrepressible energy, displayed in whatever he undertakes: he oozes vitality from every pore. But his talent is not just energy and impetuousness. There's a kind of poetry in his music that catches one by surprise and is as disarming as it is bare and calm". 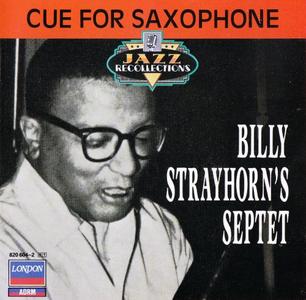 Composer/arranger/pianist Billy Strayhorn led surprisingly few sessions throughout his career, and this was only his second full-length album. Actually, the main star is altoist Johnny Hodges (who goes here under the pseudonym of "Cue Porter"), while Strayhorn (who plays piano on the seven songs) only co-wrote two basic tunes ("Cue's Blue Now" and "Watch Your Cue") with Hodges and played a fairly minor role. Also in the septet are three fellow Ellingtonians (trumpeter Shorty Baker, trombonist Quentin Jackson and clarinetist Russell Procope), along with bassist Al Hall and drummer Oliver Jackson. The results are a fine mainstream session (which has been reissued on this CD) with highlights including "Gone With the Wind," the ten-minute "Cue's Blue Now" and "Rose Room." 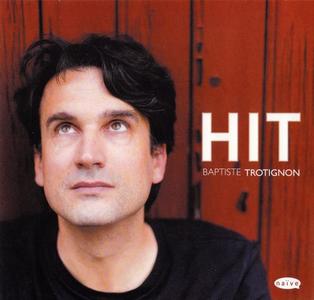 Because "hitting" as percussion, as the primary driving force of sound, the fundamental element of so many musical forms, their organic element and life source, has always been at the centre of most types of Afro-American music and all those derived from it. And because my love for melody, which has always made me want to make the piano sing and use it as a cantabile instrument, has never completely taken me away me from the pleasure of physically hitting the keys, with all its instinctive, earthly connotations. 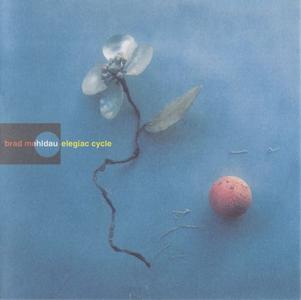 Some of the most profound works in music and poetry have been elegies-expressions of sorrow, lamentation, loss. The piano literature is rich in elegiac music by Chopin, Schumann, Beethoven, Brahms. Bill Evans and Bud Powell made important elegiac statements. It could be argued that pieces like J.J. Johnson’s “Lament” and Benny Golson’s “I Remember Clifford” are, in the strict sense, elegies. Now comes young Brad Mehldau with an entire album of elegiac compositions and solo piano improvisations. This is a bold step for a young artist who has launched a promising career, and for his record company, for that matter. The risk is obvious; in a formula-ridden world, the music fits no formula. Mehldau has built his growing acceptance within the piano trio format. 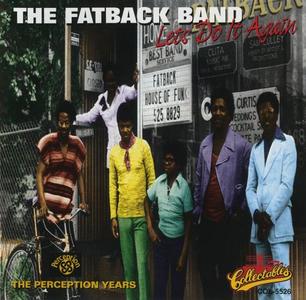 The debut album by the soon-to-be venerable Fatback Band is a mostly instrumental – minus some "What's Going On"-style exclamations and raps in the background – collection of pure funk grooves. More in the Curtis Mayfield vein of slick and nimble dancefloor fillers than loose Parliament/Funkadelic jams, these nine tracks are concise – only one track breaks the four-minute barrier – and tightly constructed, with little room for exploratory soloing or aimless vamping. The key tracks, however, are the three non-originals, cover choices that might surprise some folks who have never heard, say, Isaac Hayes' Black Moses: the Fatback Band strips down any cheesy sentimentality from Glen Campbell's Jimmy Webb hit "Wichita Lineman," Bread's wimp-rock classic "Baby I'm-A Want You,". 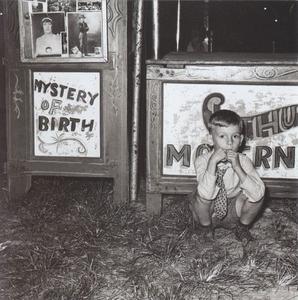 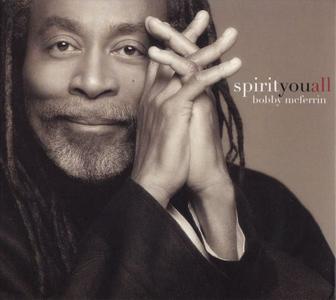 Bobby McFerrin brings it all back home with "Spirityouall", re-imagining Americana with beloved spirituals and original songs. Bobby invites us along on his everyday search for grace, wisdom, and freedom, embracing bluegrass and the baroque, heartfelt lyrics and wordless melodies, joy and sorrow. He throws some unexpected new ingredients into the melting pot and invites us to sing together through life's trials and triumphs. Across genres, across boundaries, across generations, spirityouall raises the roof with joyful grooves. 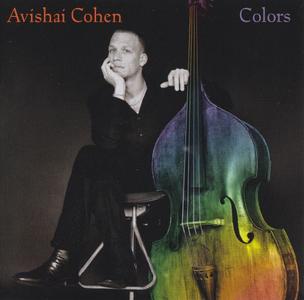 Avishai Cohen’s third CD for the Stretch Records label, Colors, features the talented bassist, composer, arranger, producer, and pianist trusting his own imagination and intelligence in order to capture the auras of chord progressions and rhythmic patterns with this excellent use of musical metaphors. The composer wrote 13 selections for this program and each is a meeting of artistic colors, each rare and emanating its own originality through Cohen’s sense of harmony, expansive tones, and polyrhythms. His earthy placement of “Shay Ke,” a warm, ballad filled with the funk-Middle Eastern oud solo of Amos Hoffman, vocals of Claudia Acuna, and individual gifts from Jimmy Greene on soprano saxophone, is a prime example of Cohen’s ability to realize his maturing non-conformism. The inclusion of Avi Lebovich on trombone in addition to Steve Davis, makes the experiences of his circle of friends a splendid chance to grow musically. 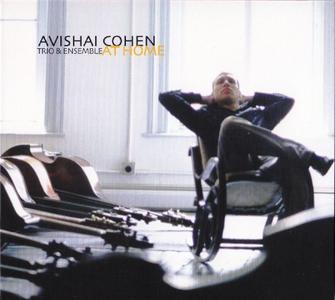 At Home, Avishai Cohen’s sixth recording as a leader, features eleven profoundly beautiful compositions performed by his trio of Sam Barsh on piano and Mark Guiliana on drums, joined by special guests Yosvany Terry, (saxophones, chekere), Anne Drummond (flute), Diego Urcola (flugelhorn), Jeff Ballard (drums, percussion) and Tomer Tzur (hand drum). At Home reflects on, and celebrates, places, people, emotions and realizations that Cohen has encountered in his many sojourns around the globe, all the while exposing the innermost jubilation and contemplation of the bassist/composer. Stuart Nicholson, commenting on At Home, in Jazzwise Magazine, said “for my money [it’s] the most considered and best realised of all.” Indeed, Cohen exposes his many gifts as a melodic composer, powerful soloist and provoking leader, as never before, reflected in the brilliant performances by the trio and ensemble. 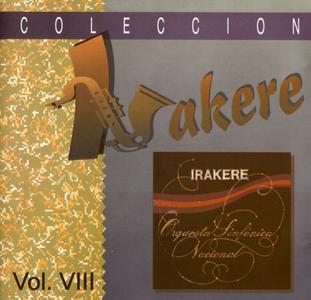 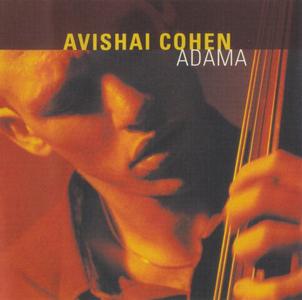 Avishai Cohen showed enormous promise as both a composer and an acoustic bassist on his first album as a leader, Adama, which he produced with Chick Corea for the company Corea co-owned, Stretch records. Reminding listeners of his Israeli heritage, the post-bopper brings a heavy Middle Eastern influence to such impressive originals as "Reunion of the Souls," "Ora," and "No Change." Although Cohen's 1997 music wasn't innovative – John Coltrane, Yusef Lateef, and Miles Davis successfully experimented with Middle Eastern elements when they embraced modal jazz in the late '50s – Adama has a certain freshness to it.