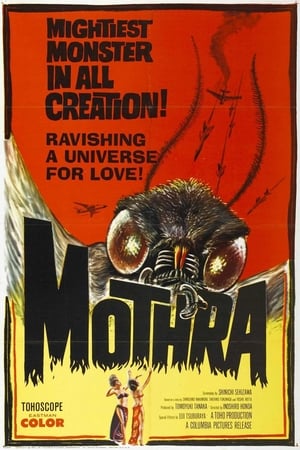 Mothra (1961)
Shipwreck survivors found on the presumably uninhabited Infant Island leads to a scientific expedition that discovers a surviving native population along with the Shobijin, tiny twin fairy priestesses of the island's mythical deity called Mothra. After the fairies are kidnapped by an exploitative businessman named Clark Nelson, Mothra sets out to rescue them.
Action Adventure Science Fiction