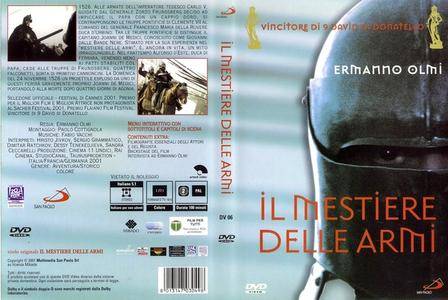 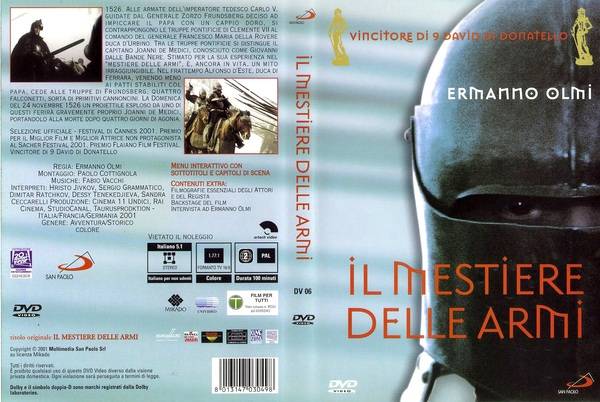 The 28-year-old Giovanni de' Medici, knight of the noble art of war, was captain of the Papal army in the campaign against Charles V's Lanschenets, Emperor of The Germans, who swarmed into Italy under the command of General Zorzo Frundsberg.
He was a living myth, fought over by princes for his great experience in the profession of arms.
He loves life. And in turn, he is favoured by chance and by women.
He has no thought of death. And yet, he already belongs to death, which fills him with illusions, hiding from him, only to take him unawares.
He was ruined by the introduction of firearms. It will strike him from behind his back.

Using the esoteric church-and-state politics and primitive medical treatments of the time as a counterpoint, Olmi makes the argument that warfare is the only thing that has gotten exponentially worse as it has become more sophisticated. And yet I’d be lying if I didn’t say that Profession Of Arms hooked me mostly on the aesthetic level. The sense of gritty, smoky texture it brings to the period is very original. 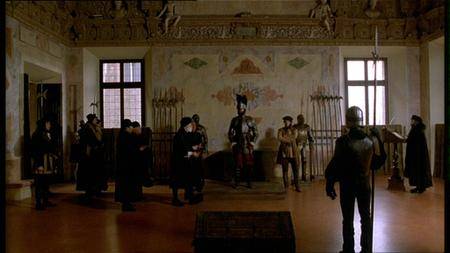 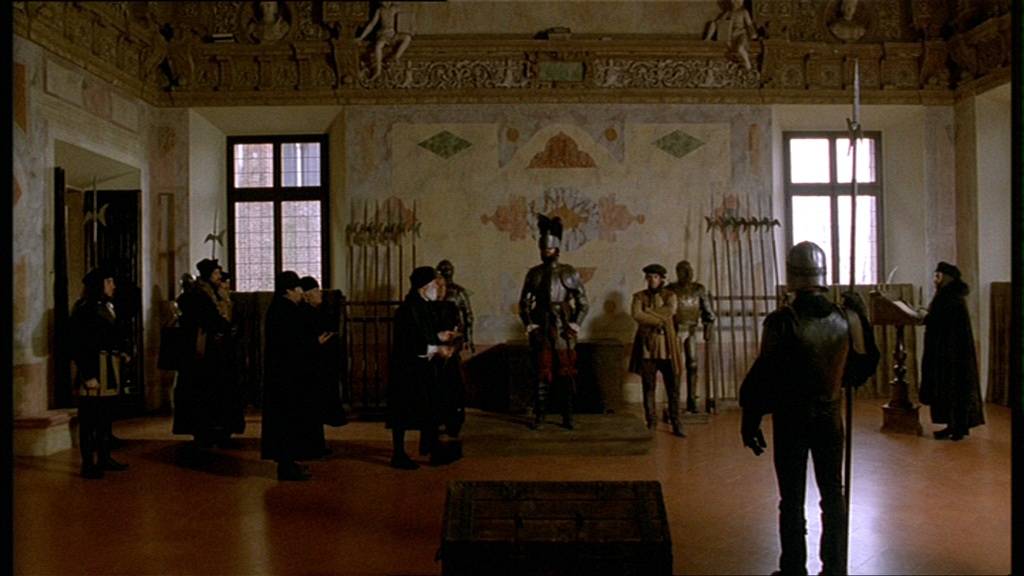 Giovanni Dé Medici was the ultimate Renaissance "condottiere" (military commander), Captain of the Pope's Army, dubbed "Giovanni of the Black Bands". He was truly fierce, ruthless and proud, but relentlessly audacious on the battlefield. Yet he was also aristocratic, charming, articulate, witty, urbane, and a libertine off the battlefield. Furthermore, as a soldier he was the antithesis of a Machiavellian, and rejected the idea that war was a politician's game. Giovanni Dè Medici may have been cruel, but no one could accuse him of cowardice. In the end, dying from a gun-shot wound at the youthful age of 28, he was also a victim of a very different, new and subtler form of warfare. Olmi's amazing, award-winning movie is set in the last few weeks of the life of Giovanni "dalle Bande Nere", played very convincingly by Bulgarian actor Hristo Jivkov. The movie also features other notable historic figures of the Renaissance, such as Pietro Aretino (the ultimate Renaissance man of letters) and the German army veteran Georg von Frundsberg. As one critic put it, it isn't so much a historic movie, as an "intimate confession from the most visceral folds of history". 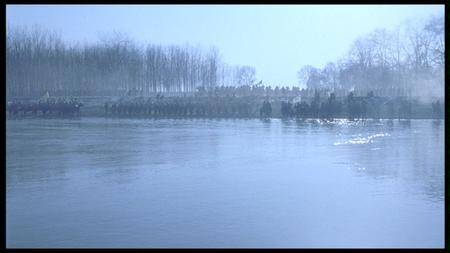 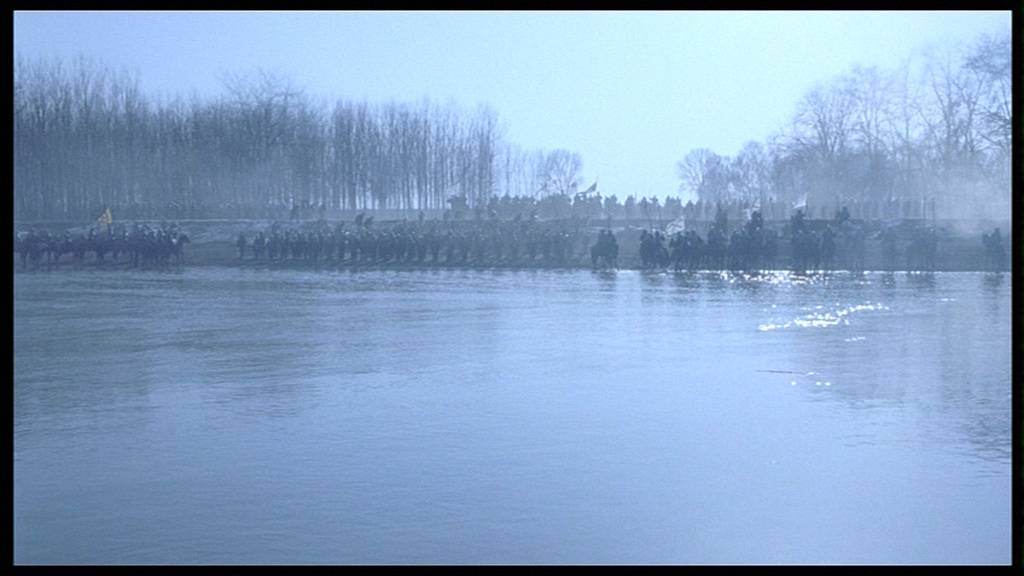 The story starts from the end, with Giovanni Dè Medici's funeral. It then goes back to the cause of his death, dating a few months earlier, in the autumn of 1526, when the Imperial Army of German Lutheran soldiers led by von Frundsberg are travelling through Italy from the North. The narrating Pietro Aretino informs us that these "noble and beautiful people" are on their way to invade and punish Rome, following an act of betrayal on the Pope's part. Aware that the Germans are at a military disadvantage, Dè Medici uses quick, sudden ambushes with his fire-armed cavalry. But as an act of ultimate individualism, the Marquis of Mantua, Federico Gonzaga welcomes the Lutheran troops through his fortified gates at Curtatone. He thus allows them easy access to the papal states in order to save his own territory. Meanwhile, just a few hours later, Federico Gonzaga denies access to Giovanni and his Papal troops! This beautifully illustrates the way that the notion of national solidarity simply did not exist among different Italian Duchies and kingdoms. 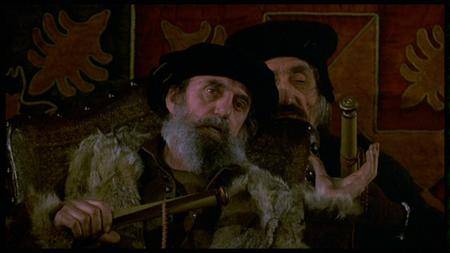 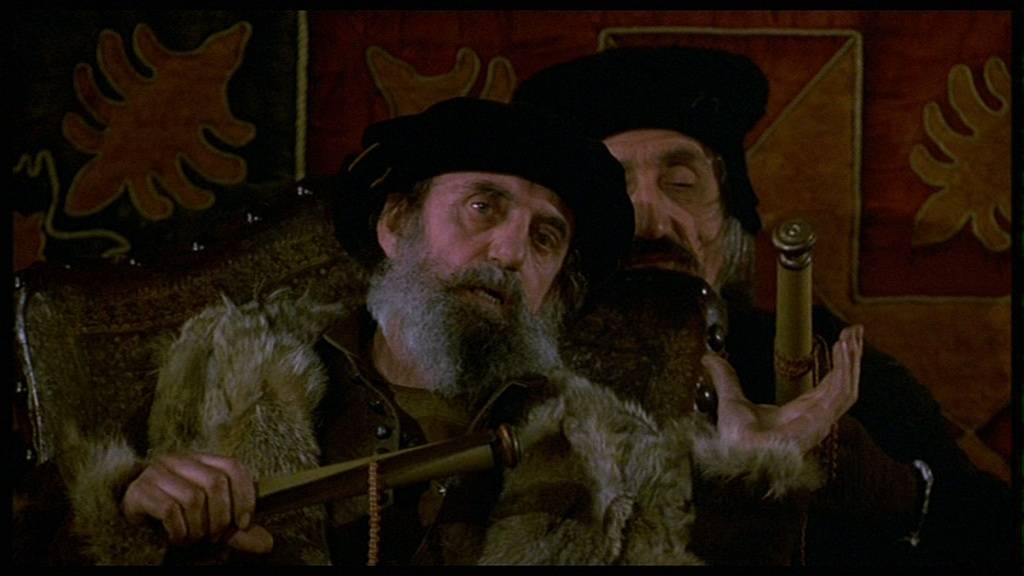 To add insult to injury, Alfonso D'Este, Duke of Ferrara gives some sophisticated pieces of artillery to the Germans in exchange for von Frundsberg's daughter's hand. Yet Giovanni still manages to catch up with the Germans, despite the fact they are now no longer militarily at such a disadvantage. Meanwhile, the young Medici Captain keeps asking the Pope for additional troops through his wife Maria, who mediates. But all that the Pontiff is willing to do is send the leader of his army his blessings! 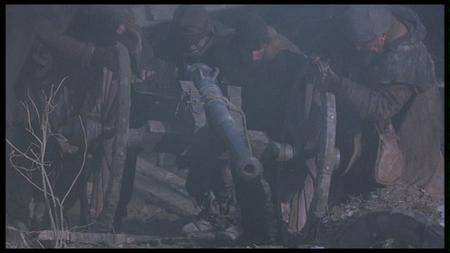 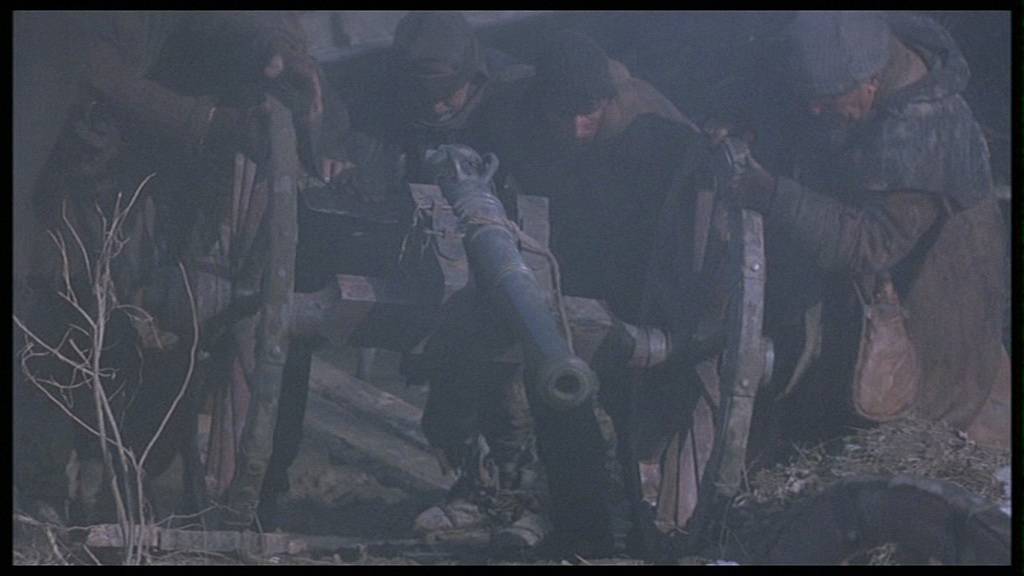 Familiar Olmi themes surface. While Olmi's magnificent movie Il Posto (1961) was about human beings as insignificant clogs in the faceless machine of a typical corporation, Il Mestiere is about man's vain individual efforts within the "faceless machine" that is history and fate. But even while being aware that he will probably be defeated, Giovanni's determination to stop the Germans survives. Ultimately, his philosophy is the opposite of a Machiavellian one: actions, even when completely useless, are still important for what they stand for. When Giovanni is shot in the leg in a final skirmish with the Germans, he is taken to the D'Este Palace in Ferrara to have his leg dressed and then later amputated. The final scenes of Giovanni lying in his sick chamber are cinematically flawless, spectacular and subtle. For the first time in his life, he is truly helpless, often in a fevered state, languishing in those magnificently frescoed interiors painted in the style of High Renaissance art. The concept of human beings always dying alone - even when they die young and are supervised by servants and medics - is poignantly conveyed. 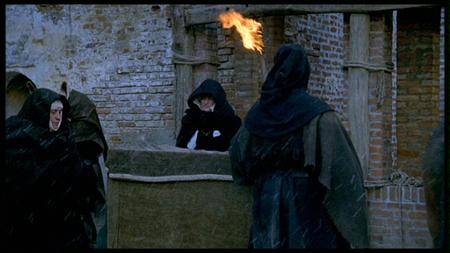 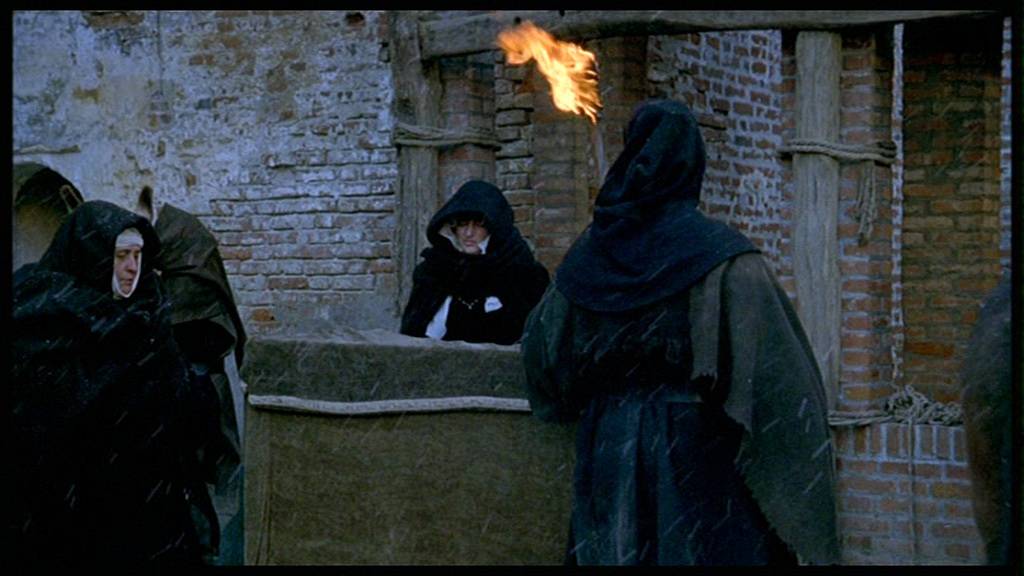 Rather than being chockful of the spectacular battle scenes we have come to expect from lavish historical movies, Il Mestiere is mostly a meditative and quiet war movie. Olmi's flick is outstanding at bringing across the nitty gritty of life as a Renaissance soldier. Hypnotic images of ghostly soldiers on horseback and on foot, trudging through the mist, or tending to their weapons daily, also gives a tangible sense of what happened "in between" those battle, which took up maybe only about 10% of a soldier's time. The grim, damp, relentlessly cold weather, the extreme discomfort of constantly wearing an armour and the way that battles were often sudden, fast and deadly is perfectly conveyed by Olmi's movie. Which isn't to say there are no beautifully filmed, and spectacular battle scenes in Il Mestiere. 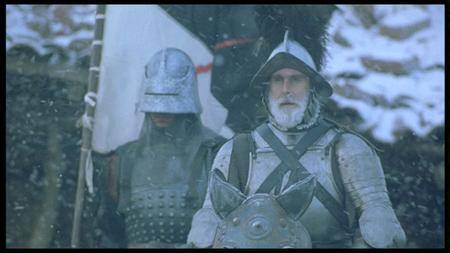 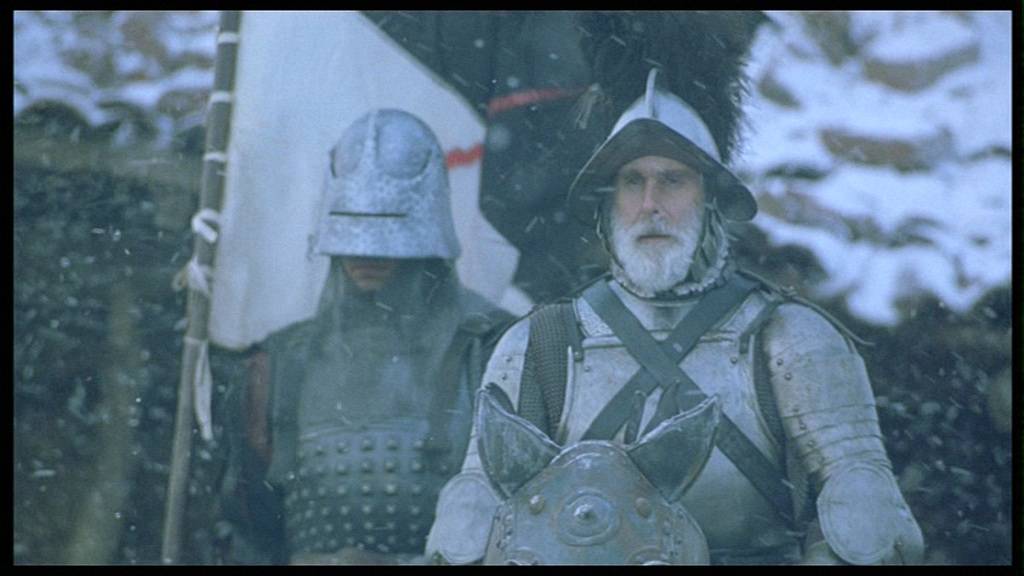 Other scenes, such as those of Renaissance aristocrats at social gatherings and at court, really create the impression you're watching an animated Italian Renaissance painting. The language spoken by the characters in this movie is achingly beautiful, but none of the lines are delivered in a contrived or actory manner - you just simply get the impression that Renaissance aristocrats spoke in such a sublimely articulate and poetic way. Giovanni's wife Maria (not Caterina Dè Medici, as listed by the IMDb!) is shown all the way through the movie reading and replying to her spouse's letters. They contain things as mundane as his detailed laundry lists, alongside crucial requests for political mediation. These were requests that every high-born Renaissance wife should have had the intelligence and sophisticated diplomatic ability to carry out. Meanwhile, Giovanni's mistress, a married Mantuan lady, is sympathetically shown living her clandestine purgatory. Last but not least, the movie has a lovely, evocative score. 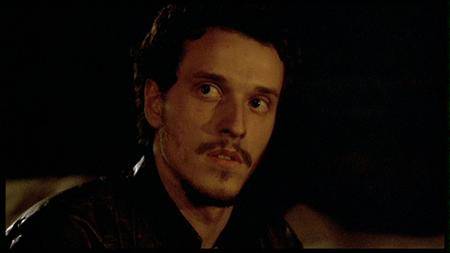 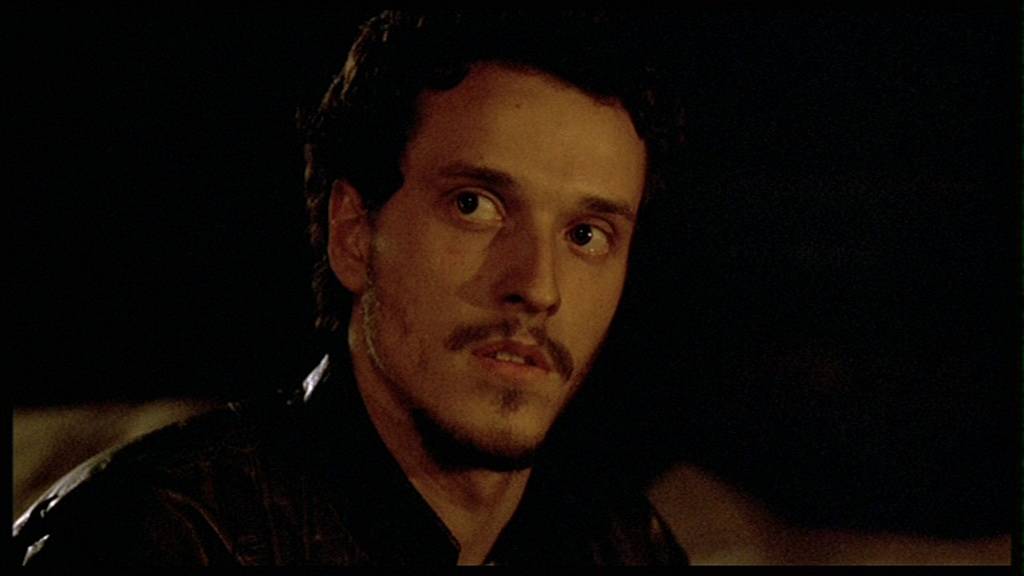 The film's final quote regarding fire-arms could be lifted exactly as it is and be applied to our very own "weapons of mass destruction" - a bitter, disheartening paradox. I don't think this is a movie for everyone, but those who believe they might appreciate it are really in for a treat.
IMDB Reviewer 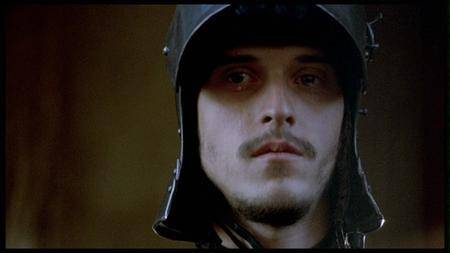 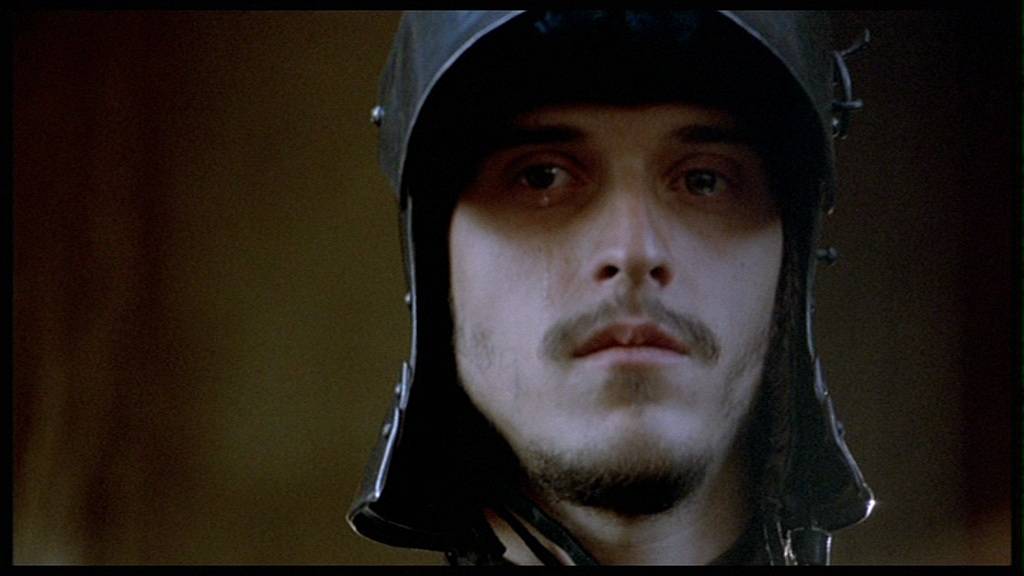