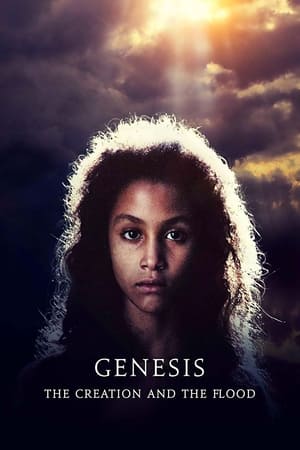 An all-enveloping darkness. Suddenly, a child's voice, frightened, questioning, pierces the darkness... The first flickering rays of light begin to sculpt mysterious shapes out of the darkness ... Among them, a very old man. He reassures the child, exhorting him to see the wonders of the earth. And it is with this child's eyes that we will witness the creation of the world.
Adventure Drama Fantasy
Details 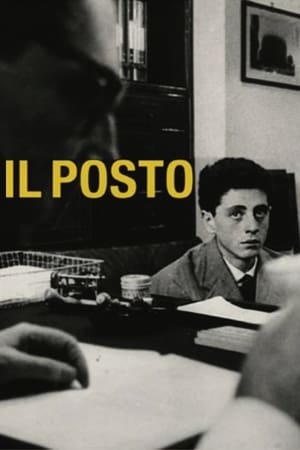 With his family mired in financial troubles, Domenico moves to Milan, Italy, from his small town to get a job in lieu of furthering his education. A lack of options forces him to take a position as a messenger at a big company, where he hopes to receive a promotion soon. There, Domenico meets Antonietta, a young woman in a similar situation as himself. The two form a tentative relationship, but the soulless nature of their jobs threatens to keep them apart.
Drama
Details 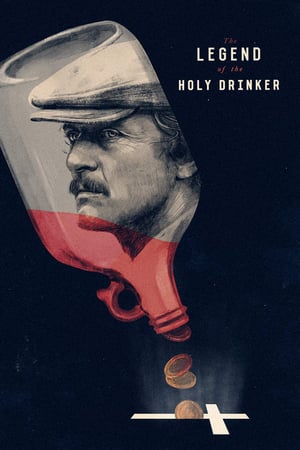 Andreas Kartak, a homeless man living under the bridges of Paris is lent 200 francs by a stranger as long as he promises to repay it to a local church when he can afford to. Kartak is determined to pay back his debt but circumstances, and his alcoholism, forever intervene.
Drama
Details 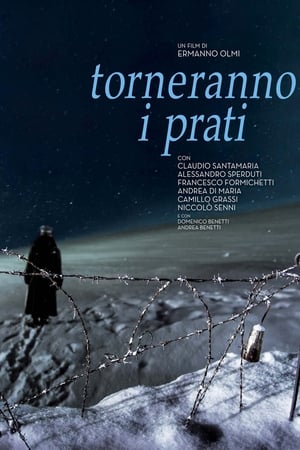 World War I, Italian north-eastern front after the 1917 bloody battles on the Altipiano. A group of soldiers face the difficulty of war in a story that unfolds in the space of one night. Events follow one after the other without any kind of pattern: the peaceful mountains suddenly become a place where men die. But every story told in this film is a true story.
War
Details 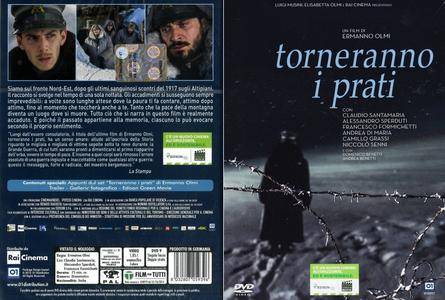 Greenery Will Bloom Again (2014)
A Film by Ermanno Olmi
DVD9 | VIDEO_TS | PAL 16:9 | 01:13:06 | 6,42 Gb
Audio: Italiano AC3 5.1 @ 448 Kbps | Subs: English, Français, Español, Italiano SDH
Genre: Drama, War
World War I, Italian north-eastern front after the 1917 bloody battles on the Altipiano. A group of soldiers face the difficulty of war in a story that unfolds in the space of one night. Events follow one after the other without any kind of pattern: the peaceful mountains suddenly become a place where men die. But every story told in this film is a true story.
DVD Video Ermanno Olmi Drama DVD 2014 War Italian
Details 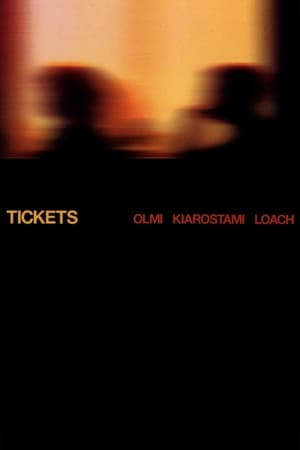 Tickets (2005)
A train travels across Italy toward Rome. On board is a professor who daydreams a conversation with a love that never was, a family of Albanian refugees who switch trains and steal a ticket, three brash Scottish soccer fans en route to a match, and a complaining widow traveling to a memorial service for her late husband who's accompanied by a community-service volunteer who's assisting her. Interactions among these Europeans turn on class and nationalism, courtesy and rudeness, and opportunities for kindness.
Comedy Drama
Details 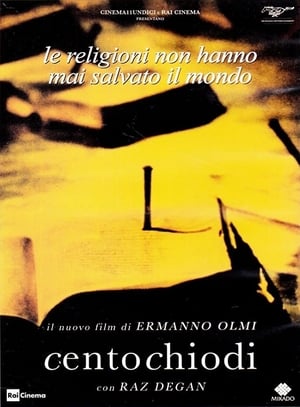 One Hundred Nails (2007)
An Italian professor seeks refuge in the quiet, peaceful ruins of an old building.
Details 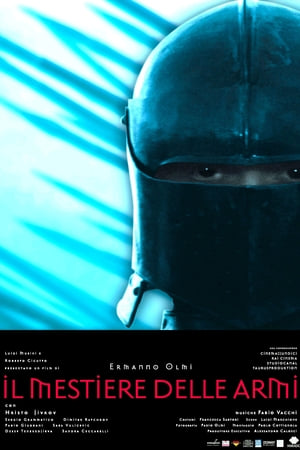 The Profession of Arms (2001)
In autumn of 1526, the Emperor, Charles V, sends his German landsknechts led by Georg von Frundsberg to march towards Rome. The inferior papal armies, commanded by Giovanni de'Medici, try to chase them in the midst of a harsh winter. Nevertheless, the Imperial armies manage to cross the rivers along their march and get cannons thanks to the maneuvers of its Lords. In a skirmish, Giovanni de'Medici is wounded in the leg by a falconet shot. The attempts to cure him fail and he dies. The Imperial armies assault Rome. The film is beautifully but unassumingly set, and shows the hard conditions in which war is waged and its lack of glory. It ends straightforwardly with the declaration made after the death of Giovanni de'Medici by the commanders of the armies in Europe of not using again fire weapons because of their cruelty.
Drama History War
Details 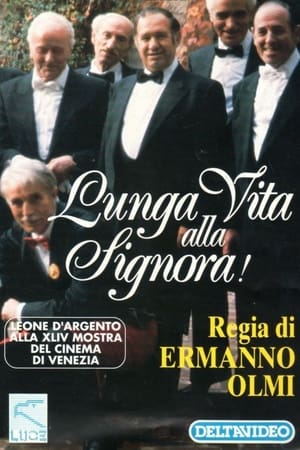 Long Live the Lady! (1987)
The Lady (or Signora) of the title is a mysterious matron who lives in a crumbling mansion. Six catering trainees are brought to the castle upon its conversion into a resort hotel. They are ordered to prepare a special meal for the old lady, whom none of them have ever seen for more than an instant. As the caterers grow in wisdom and sophistication, we learn that the lady may very well be an urbane ghost rather than a flesh-and-blood entity.
Comedy
Details

The Tree of Wooden Clogs (1978) [The Criterion Collection] 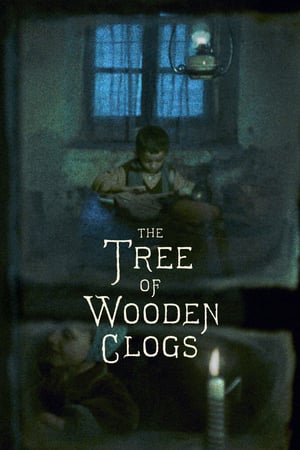 The Tree of Wooden Clogs (1978)
The life inside a farm in Italy at the beginning of the century. Many poor country families live there, and the owner pays them by their productivity. One of the families has a very clever child. They decide to send him to school instead of make him help them, although this represents a great sacrifice. The boy has to wake up very early and walk several miles to get to the school. One day the boy's shoes break when returning home, but they do not have money to buy other. What can they do?
Drama History
Details 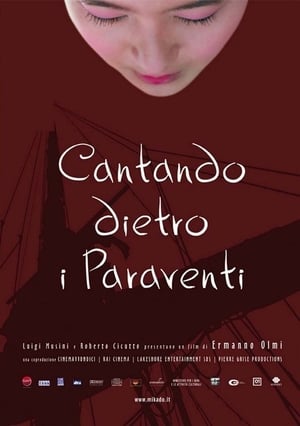 Singing Behind Screens (2003)
A young man enters a brothel and sees a staged narration of a Chinese folk tale concerning a female pirate.
Drama
Details 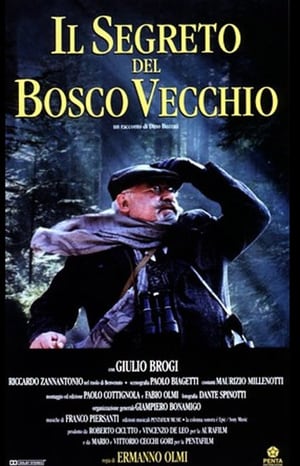 The Secret of the Old Woods (1993)
It tells the story of a general who is about to cut down an old forest for the sake of financial gain, but discovers that the forest is inhabited by invisible spirits
Fantasy Family
Details 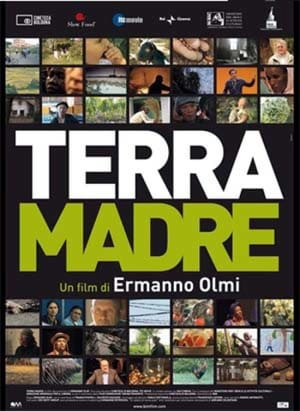 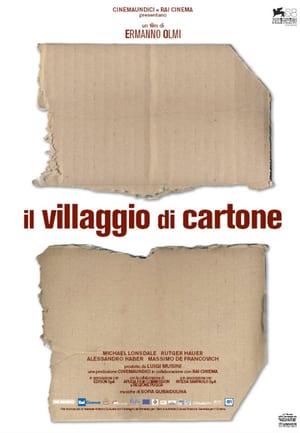 The Cardboard Village (2011)
When a group of African immigrants builds a cardboard village between the pews of a church soon to be closed, an elderly priest must choose between his calling and his orders.
Details 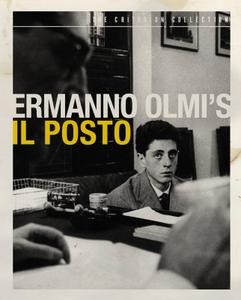