To celebrate the 30th anniversary of its launch, this film tells the remarkable story of how Hubble revealed the awe and wonder of our universe and how a team of daring astronauts risked their lives to keep it working. Following the wildly successful "Cosmos: A Spacetime Odyssey," Neil deGrasse Tyson returns as host to translate more revelations of science into a lavish transporting experience, taking audiences on a series of spiritual voyages of exploration. The show reveals previously uncharted realms, including lost worlds, worlds yet to come, and the worlds that humans may one day inhabit. Ann Druyan, original creative collaborator to Carl Sagan, whose iconic docuseries "Cosmos" provided inspiration for this series, serves as executive producer alongside Seth MacFarlane. BBC Storyville - Knocking on Heavens Door (2011)
PDTV | 832 x 468 | .MKV/AVC @ 1400 Kbps | 58 min 53 s | 631 MB
Audio: English AAC 96 Kbps, 2 channels | Subs: English
Genre: Documentary
Documentary marking the fiftieth anniversary of Yuri Gagarin's flight into space. It was hailed by the Soviet Union as a triumph for socialist science over capitalism, but the true story is much stranger. George Carey's film shows how the Soviet space programme was kick-started by a mystic who taught that science would make us immortal, and carried forward by a scientist who believed that we should evolve into super-humans who could leave our overcrowded planet to colonise the universe.
Documentary Cosmos 2011 Yuri Gagarin
Details 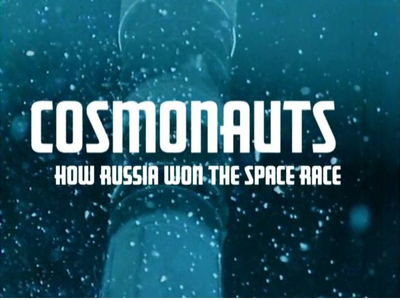 BBC - Cosmonauts: How Russia Won the Space Race (2014)
HDTV | 1280 x 720 | .MKV/AVC @ 3037 Kbps | 1 h 29 min | 1.97 GB
Audio: English AAC 128 Kbps, 2 channels | Subs: English
Genre: Documentary, Science
When Neil Armstrong stepped onto the moon in 1969, America went down in popular history as the winner of the space race. But that history is bunk. The real pioneers of space exploration were the Soviet cosmonauts. This remarkable feature-length documentary combines rare and unseen archive footage with interviews with the surviving cosmonauts to tell the fascinating and at times terrifying story of how the Russians led us into the space age.
2014 BBC Cosmos Documentary
Details