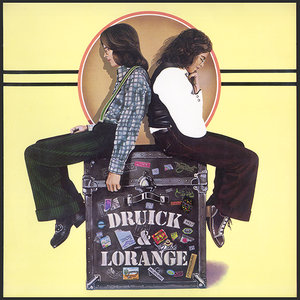 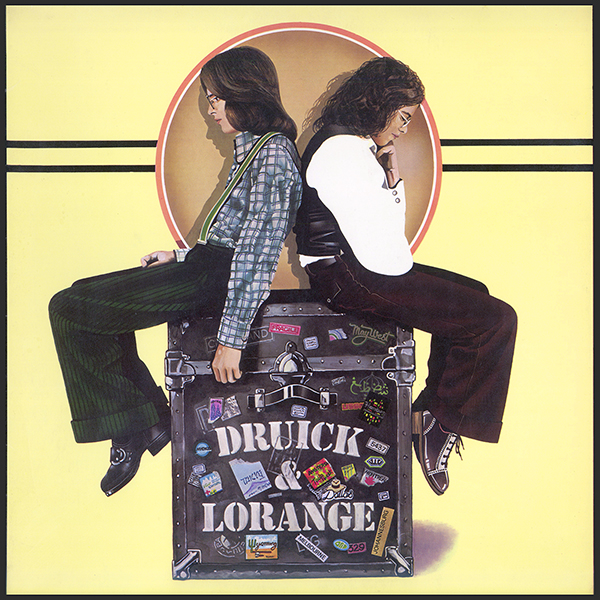 Biography from Allmusic:
A world of musical influences were fused into the late-1960s and early-70s music of Montreal-based Druick & Lorange. Combining the talents of guitarist/vocalist Kirk Lorange and Dave Druick, the duo released one self-titled album, produced by Marty Lewis, in 1974, before the E.A.R. label declared bankruptcy and went out of business. Although it was reissued, in 1975, by the Goodear label, Lorange was so frustrated by the experience that he moved to Australia, where he's continued to awe audiences with his soulful slide guitar playing as a soloist and a member of the Marc Hunter Band and Glenn Sharrock Band.
Born to Canadian parents in Mexico, in 1949, Lorange grew up in Venezuela, Cuba and Belgium. He completed high school in Montreal. Inspired by the Shadows' 1960 instrumental hit, "Apache", he began playing guitar at the age of twelve. Although he began making annual backpacking trips to Europe, in 1967, he made his presence felt on Montreal's music scene as a session guitarist and his solo shows at the Sir Winston Churchill Pub.
Soon after they met, Lorange & Druick spent a winter on the Greek island of Mykonos, writing and arranging songs for their debut album.

Another cheap but rare fleamarket find, sadly it had been mistreated considerably, especially the first 2 minutes. I've repaired most noise and scratches for you to decide whether you like it or not and if you want to watch out for an affordable copy in better condition. Good luck!