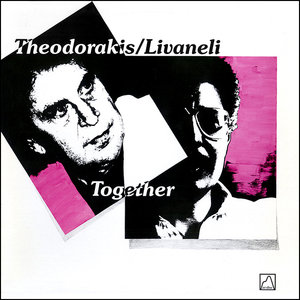 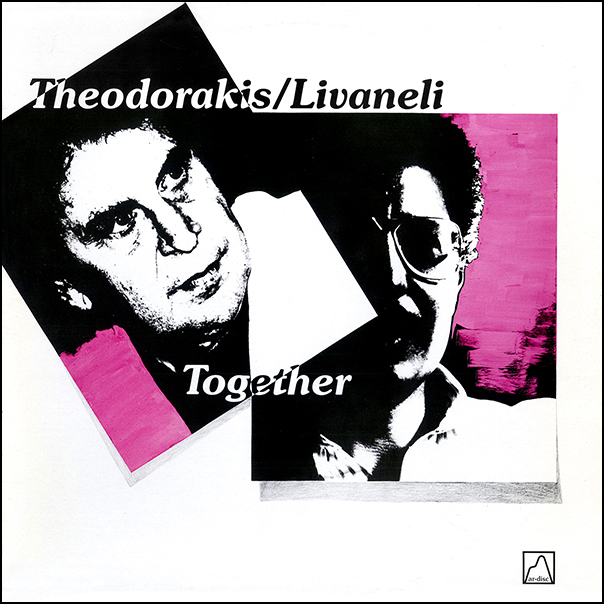 From the back cover:
Two internationally renowned musicians, Mikis Theodorakis from Greece and Zülfü Livaneli from Turkey, have – at a time of considerable political tension between their two countries – made a record together. Five compositions by each of the two artists were recorded in Instanbul and in Athens respectively.
For 18 weeks this LP was top of the Turkish charts, and in September 1986, the 'Golden Record' was presented to Mikis Theodorakis personally in Istanbul.
"I am glad that this cooperation with my highly esteemed colleague Livaneli has given me a chance to get in touch with the Turkish people, whom I have always appreciated and loved. I hope that this small, but symbolic Turkish-Greek cooperation should herald – like a first swallow – the spring in the relations between our two peoples!" - Mikis Theodorakis, Athens, 24th January 1986

Above I've used the title of the original Turkish release because it should be known to more readers. This German re-release is quite rare and has his own little history. For the German market the track order has been altered and the title 'Together' was chosen, 12 years later it was used again for the 1997 live CD recorded during a concert in Berlin by these 2 artists.
This vinyl record is the only release ever on that label. In fact Ararat Verlag was a little book editor run by a Turkish immigrant serving the Turkish community and those Germans interested in Turkish culture with literature, poetry and children's books in Turkish language, often also including a German translation. Today the book shop has developed into a framing and print shop, and a second one with graphics and postcards for the many tourists, still at the old address.