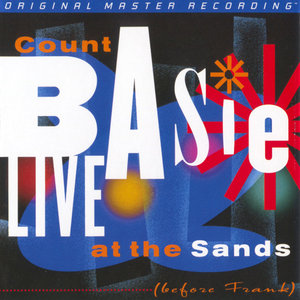 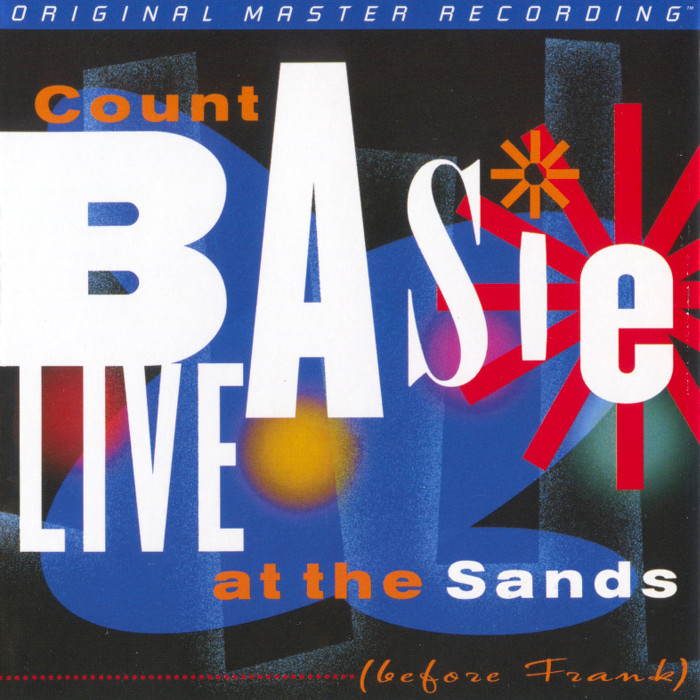 Live at the Sands (Before Frank) is a live album by the pianist and bandleader Count Basie with performances recorded in Las Vegas in 1966 at the same concerts that produced Frank Sinatra's 1966 album "Sinatra at the Sands". The album is of the warm-up sets by Basie's band before Sinatra's performances. It was originally released on the Reprise label in 1998.

Frank Sinatra's collaborations with Count Basie were among the singer's better ventures back into jazz in the early 1960s, and led not only to a couple of great studio albums, and one superb live Sinatra album, but also to Basie's being signed to the Sinatra-founded Reprise label in the mid-'60s. The 53 minutes of music captured on Live at the Sands was recorded during the opening sets from three different shows in late January and early February of 1966, by Basie and his band during the engagement with Sinatra at the Sands Hotel that yielded that live Sinatra album. Maybe that raises the expectations, because this release is a slight disappointment – the band sounds OK, but except for Basie himself and drummer Sonny Payne, it seems like they're walking their way through some of this repertoire. There are a number of good moments here: "I Needs to Be Bee'd With," "Flight of the Foo Birds," "Satin Doll," "Blues for Home," and "This Could Be the Start of Something Big" (which is worth hearing for the ensemble work and Eric Dixon and Eddie "Lockjaw" Davis' solos); the band finally takes flight, but compared with some of the recordings of complete shows by Basie that are nothing less than great, a lot of this is secondary. Given the fact that it was Sinatra's set that was going to be taped for release for certain, the band may, indeed, have been holding back during its own set, for good reason. Even the audience response says it, positive and polite but not excessive – they were there for Sinatra, and nothing Basie and company did were likely to bowl them over, so why make the effort? It's not a bad set, and some of it – "Makin' Whoopee" (especially the call and response on the piano), "Corner Pocket," and "Jumpin' at the Woodside" – has great appeal. But this is overall a legendary band doing a somewhat less-than-legendary set, during some gigs that, in fairness, yielded up a great live album elsewhere. The quality is solid live sound, in crisp stereo from a nicely controlled mid-'60s venue, using state-of-the-art equipment.