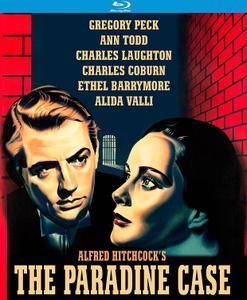 Attorney Anthony Keane (Gregory Peck) agrees to represent Londonite Mrs. Paradine (Alida Valli), who has been fingered in her husband's murder. From the start, the married lawyer is drawn to the enigmatic beauty, and he begins to cast about for a way to exonerate his client. Keane puts Andre Latour (Louis Jourdan), the Paradine household servant, on the stand, suggesting he is the killer. But Keane soon loses his way in the courtroom, and his half-baked plan sets off a stunning chain of events. 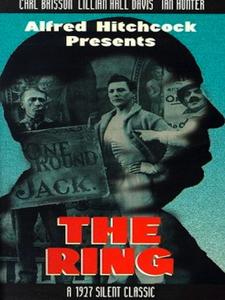 Jack (Carl Brisson) is a carnival-employed boxer; patrons pay cash to take him on in the ring, and he earns the nickname "One-Round" by giving them their money's worth with a quick knockout. His many victories have given him a big head and a bigger mouth, so when heavyweight champion Bob (Ian Hunter) shows up in town, he decides to shut Jack up by challenging him to a match. As the fight nears, Jack's fiancée (Lilian Hall-Davis) develops eyes for Bob, giving the bout a bitter edge. 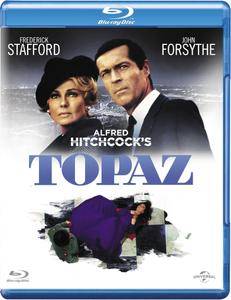 Topaz (1969)
BRRip 720p | MKV | 1280 x 694 | x264 @ 2048 Kbps | 2h 22mn | 2,35 Gb
Audio: English AC3 2.0 @ 320 Kbps | Subtitles: English (embedded)
Genre: Action, Adventure, Thriller | Director: Alfred Hitchcock
When a Soviet official defects to the United States, he brings with him claims that Russia is using Cuba as a staging ground for nuclear missiles. CIA agent Michael Nordstrom (John Forsythe) enlists the help of French spy André Devereaux (Frédérick Stafford) to find out if the official's claims are true. Not only do the agents discover that the Soviet's suspicions are valid, but they also find out that a French spy ring known as "Topaz" is working with the Russians to uncover NATO secrets.
1969 Action Adventure Alfred Hitchcock Thriller
Details 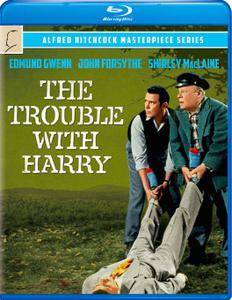 The Trouble with Harry (1955)
BDRip 720p | MKV | 1280 x 720 | x264 @ 2048 Kbps | 1h 39mn | 1,56 Gb
Audio: English AC3 2.0 @ 192 Kbps | Subtitles: English (embedded)
Genre: Comedy, Crime, Mystery | Director: Alfred Hitchcock
When a local man's corpse appears on a nearby hillside, no one is quite sure what happened to him. Many of the town's residents secretly wonder if they are responsible, including the man's ex-wife, Jennifer (Shirley MacLaine), and Capt. Albert Wiles (Edmund Gwenn), a retired seaman who was hunting in the woods where the body was found. As the no-nonsense sheriff (Royal Dano) gets involved and local artist Sam Marlowe (John Forsythe) offers his help, the community slowly unravels the mystery.
1955 Alfred Hitchcock Comedy Crime John Forsythe Shirley MacLaine
Details 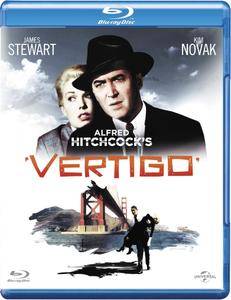 Vertigo (1958) + Extras
BDRip 720p | MKV | 1280 x 720 | x264 @ 2048 Kbps | 2h 8mn | 2,44 Gb + 279 Mb
Audio: English AC3 5.1 @ 448 Kbps + Commentary track | Subs: English (embedded)
Genre: Mystery, Romance, Thriller | Director: Alfred Hitchcock
Hitchcock's romantic story of obsession, manipulation and fear. A detective is forced to retire after his fear of heights causes the death of a fellow officer and the girl he was hired to follow. He sees a double of the girl, causing him to transform her image onto the dead girl's body. This leads into a cycle of madness and lies.
1958 Alfred Hitchcock Classics James Stewart Mystery Romance Thriller
Details 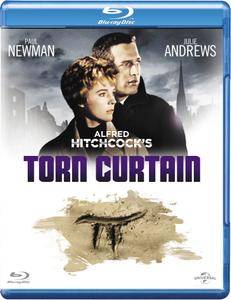 Torn Curtain (1966)
BDRip 720p | MKV | 1280 x 720 | x264 @ 2048 Kbps | 2h 7mn | 2,23 Gb
Audio: English AC3 2.0 @ 448 Kbps | Subtitles: English (embedded)
Genre: Thriller | Director: Alfred Hitchcock
Professor Michael Armstrong is heading to Stockholm to attend a physics conference accompanied by his assistant-fiancée Sarah Sherman. Once arrived however, Michael informs her that he may be staying for awhile and she should return home. She follows him and realizes he's actually heading to East Germany, behind the Iron Curtain. She follows him there and is shocked when he announces that he's defecting to the East after the US government canceled his research project. In fact, Michael is there to obtain information from a renowned East German scientist. Once the information is obtained, he and Sarah now have to make their way back to the West.
1966 Alfred Hitchcock Julie Andrews Paul Newman Thriller
Details 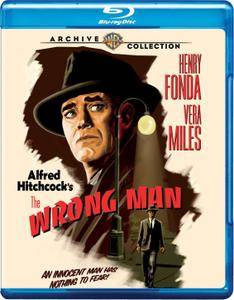 The Wrong Man (1956)
BDRip 720p | MKV | 1280 x 720 | x264 @ 2560 Kbps | 1h 45mn | 2,07 Gb
Audio: English AC3 2.0 @ 160 Kbps | Subtitles: English (embedded)
Genre: Crime, Drama, Film-Noir | Director: Alfred Hitchcock
Musician Manny Balestrero (Henry Fonda) needs money to pay for his wife Rose's (Vera Miles) dental procedure. When he tries to borrow money from their insurance policy, someone at the office mistakes him for a man who had robbed them twice at gunpoint. After Manny is arrested, his defense attorney, Frank O'Connor (Anthony Quayle), works to demonstrate that Manny has an alibi for the crimes. The stress of the case, however, threatens to destroy Manny's family before his name can be cleared.
1956 Alfred Hitchcock Classics Crime Drama Film-Noir Henry Fonda
Details 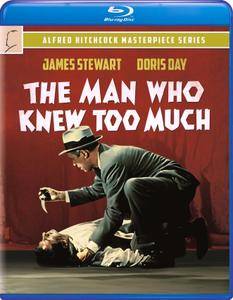 The Man Who Knew Too Much (1956) + Extra
BDRip 720p | MKV | 1280 x 720 | x264 @ 2048 Kbps | 2h 0mn | 1,94 Gb + 304 Mb
Audio: English AC3 2.0 @ 256 Kbps | Subtitles: English (embedded)
Genre: Crime, Mystery, Thriller | Director: Alfred Hitchcock
Dr. Ben McKenna (James Stewart) is on vacation with his wife (Doris Day) and son in Morocco when a chance encounter with a stranger sets their trip, and their lives, on a drastically different course. The stranger, killed in front of the family in the marketplace, reveals an assassination plot to the Americans. The couple's son is abducted in order to ensure the plot is kept secret, and suddenly the mother and father, with no help from the police, must figure out a way to get their child back.
1956 Alfred Hitchcock Crime James Stewart Mystery Thriller
Details 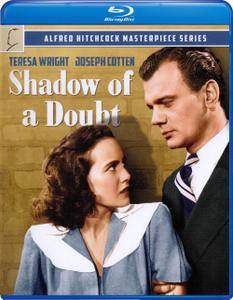 Shadow of a Doubt (1943) + Extra
BDRip 720p | MKV | 1280 x 720 | x264 @ 2048 Kbps | 1h 47mn | 1,88 Gb + 309 Mb
Audio: English AC3 2.0 @ 448 Kbps | Subtitles: English (embedded)
Genre: Crime, Thriller | Director: Alfred Hitchcock
Uncle Charlie (Joseph Cotten) visits his relatives in Santa Rosa. He is a very charming man, but his niece slowly realizes that he is wanted for murder and he soon recognizes her suspicions. Although one of the suspected murderers is killed and the case is considered closed, she still has her suspicions.
1943 Alfred Hitchcock Classics Crime Drama Thriller
Details 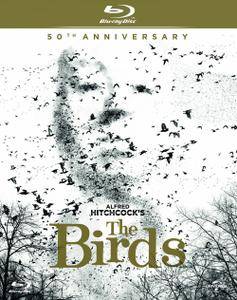 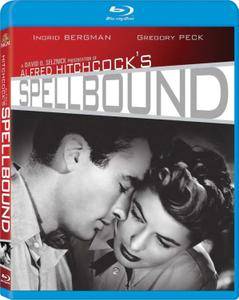 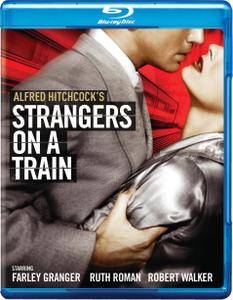 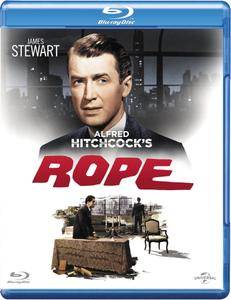 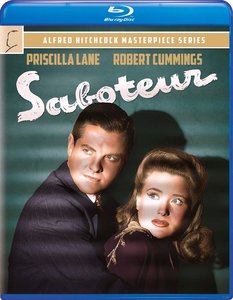 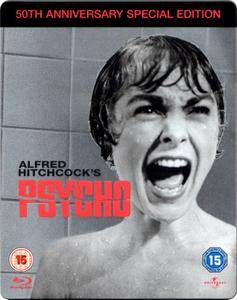 Psycho (1960) + Extras
BRRip 720p | MKV | 1280 x 692 | x264 @ 2050 Kbps | 1h 48mn | 2,41 Gb + 2,51 Gb
Audio: English AC3 5.1/2.0 @ 448 Kbps + Commentary track | Subs: English (embedded)
Genre: Horror, Mystery, Thriller | Director: Alfred Hitchcock
Phoenix secretary Marion Crane (Janet Leigh), on the lam after stealing $40,000 from her employer in order to run away with her boyfriend, Sam Loomis (John Gavin), is overcome by exhaustion during a heavy rainstorm. Traveling on the back roads to avoid the police, she stops for the night at the ramshackle Bates Motel and meets the polite but highly strung proprietor Norman Bates (Anthony Perkins), a young man with an interest in taxidermy and a difficult relationship with his mother.
1960 Alfred Hitchcock Horror Mystery Thriller
Details
Publication archive