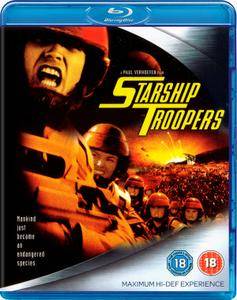 From the bridge of the Fleet Battlestation Ticonderoga, with its sweeping galactic views, to the desolate terrain of planet Klendathu, teeming with shrieking, fire-spitting, brain-sucking special effects creatures, acclaimed director Paul Verhoeven crafts a dazzling epic based on Robert A. Heinlein's classic sci-fi adventure about the courageous soldiers who travel to the distant and desolate Klendathu system for the ultimate showdown between the species. 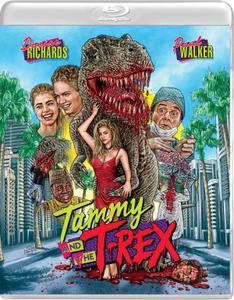 
An evil scientist implants the brain of Michael, a murdered high school student, in an animatronic Tyrannosaurus. He escapes, wreaks vengeance on his high school tormentors and is reunited with his sweetheart Tammy. Together, the couple try to elude the mad scientist and the police and find a more appropriate vessel for Michael's brain. 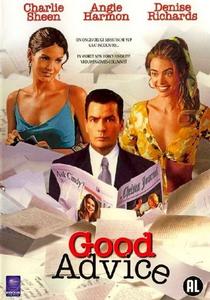 Good Advice (2001)
WEB-Dl 1080p | MKV | 1908x1068 | x264 @ 5426 Kbps | 91 min | 3,73 Gb
Audio: English AC3 5.1 @ 384 Kbps | Subs: English (embedded in MKV)
Genre: Comedy, Romance
Wall Street wizard Ryan Turner (Charlie Sheen) has a plan to strike it rich, but his big chance at a huge deal goes bust and he loses everything. When his girlfriend Cindy (Denise Richards), who writes an advice column called "Ask Cindy," realizes he is broke, she leaves him for richer prospects. With no job, no girlfriend and no money, Ryan, desperate for a paycheck, secretly takes over Cindy's advice column. With the help of his editor and boss, Paige (Angie Harmon), Ryan's column becomes a national sensation. The only problem now is keeping his identity secret when the whole town wants to know – who's Cindy?
Comedy Romance 2001 Charlie Sheen Rosanna Arquette Denise Richards
Details 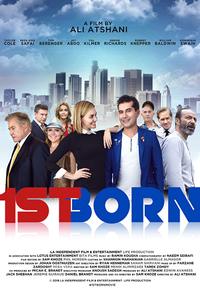