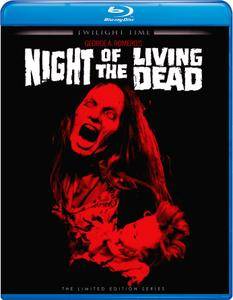 A remake of George Romero's 1968 black-and-white classic that begins in a cemetery, as the recently-dead return to life - from an unknown cause - and attack the living as their prey. One woman escapes the frightening zombies to take refuge with others in a farmhouse, as every cadaver for miles around hungers for their flesh. Will they make it through the night…that the dead came back to life? 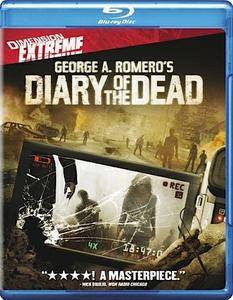 While filming a horror movie of mummy in a forest, the students and their professor of the University of Pittsburgh hear on the TV the news that the dead are awaking and walking. Ridley and Francine decide to leave the group, while Jason heads to the dormitory of his girlfriend Debra Monahan. She does not succeed in contacting her family and they travel in Mary's van to the house of Debra's parents in Scranton, Pennsylvania. While driving her van, Mary sees a car accident and runs over a highway patrolman and three other zombies trying to escape from them. Later the religious Mary is depressed, questioning whether the victims where really dead, and tries to commit suicide, shooting herself with a pistol. Her friends take her to a hospital where they realize that the dead are indeed awaking and walking and they need to fight to survive while traveling to Debra's parents house. 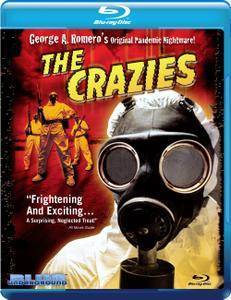 The Crazies (1973)
BRRip 720p | MKV | 1204 x 720 | x264 @ 1975 Kbps | 1h 43mn | 1,51 Gb
Audio: English AC3 1.0 @ 128 Kbps | Subtitles: English (embedded)
Genre: Action, Horror, Sci-Fi | Director: George A. Romero
Its code name is ‘Trixie,’ an experimental government germ weapon that leaves its victims either dead or irreversibly insane. When the virus is accidentally unleashed in Evans City, Pennsylvania, the small community becomes a war zone of panicked military, desperate scientists and gentle neighbors turned homicidal maniacs. Now a small group of citizens has fled to the town’s outskirts where they must hide from trigger-happy soldiers while battling their own depraved urges. But even if they can escape the madness of this plague, can they survive the unstoppable violence of THE CRAZIES?
1973 Action George A. Romero Horror Sci-Fi
Details

Midnight Movies: From the Margin to the Mainstream (2005) 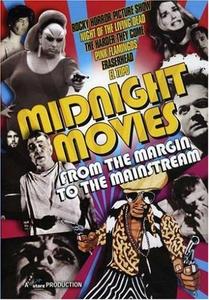 Midnight Movies: From the Margin to the Mainstream (2005)
DVDRip | MKV | 718x480 | x264 @ 1416 Kbps | 86 min | 0,98 Gb
Audio: English AC3 2.0 @ 192 Kbps | Subs: English (embedded in MKV)
Genre: Documentary
Midnight Movies: From the Margin to the Mainstream tells the hidden history of these landmark films, El Topo (1970), Night of the Living Dead (1968), The Harder They Come (1973), Pink Flamingos (1972), The Rocky Horror Picture Show (1975), and Eraserhead (1977). The documentary includes in-depth interviews with the directors, producers, writers and actors who were part of these low-budget, yet monumental productions, the exhibitors and distributors who played them, and the audiences who viewed them.
Documentary 2005 Stuart Samuels John Waters Alejandro Jodorowsky George A. Romero
Details 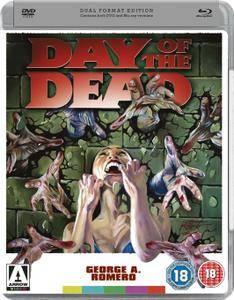 Day of the Dead (1985)
BDRip | MKV | 854x480 | x264 @ 2291 Kbps | 100 min | 2,08 Gb
Audio: English AC3 5.1 @ 448 Kbps + 2 Commentary tracks | Subs: None
Genre: Horror, Thriller
Zombies rule the world, except for a small group of scientists and military personnel who reside in an underground bunker in Florida. The scientists are using the undead in gruesome experiments; much to the chagrin of the military. Finally the military finds that their men have been used in the scientists' experiments, and banish the scientists to the caves that house the Living Dead. Unfortunately, the zombies from above ground have made their way into the bunker.
1985 George A. Romero Horror Thriller
Details 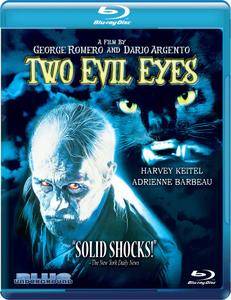 Two Evil Eyes (1990)
BDRip 720p | MKV | 1280 x 720 | x264 @ 2560 Kbps | 1h 59mn | 2,52 Gb
Audio: English AC3 5.1 @ 448 Kbps | Subtitles: English (embedded)
Genre: Horror | Directors: Dario Argento, George A. Romero
The masters of modern horror – George Romero and Dario Argento – bring you an unprecedented pair of shockers inspired by the tales of Edgar Allan Poe. In Romero’s 'The Facts In The Case Of Mr. Valdemar', a conniving wife (Adrienne Barbeau of 'The Fog') and her lover use a hypnotic trance to embezzle a fortune from her dying husband, only to receive some chilling surprises from beyond the grave. Then in Argento’s 'The Black Cat', a deranged crime scene photographer (Harvey Keitel of 'Reservoir Dogs') is driven to brutal acts of madness and murder by his girlfriend’s new pet. But will this cunning feline deliver a final sickening twist of its own?
1990 Dario Argento George A. Romero Harvey Keitel Horror
Details 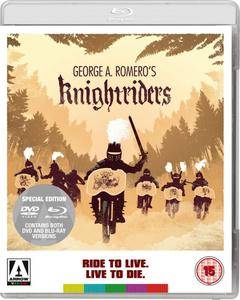 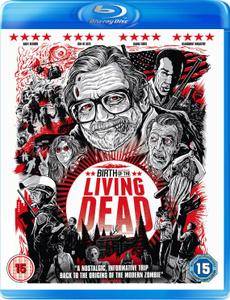 Birth of the Living Dead (2013)
BDRip 720p | MKV | 1280 x 720 | x264 @ 2560 Kbps | 1h 16mn | 1,47 Gb
Audio: English AC3 2.0 @ 192 Kbps | Subtitles: English (embedded)
Genre: Documentary | Director: Rob Kuhns
In 1968, Pittsburgh native, George Romero, would direct a low budget film that would revolutionize the horror genre forever, Night of the Living Dead. Through interviews with the talents involved, the story of this film creation is told and how it reflected its time with a grotesque and powerful immediacy. Furthermore, the film's difficult and controversial release to an unsuspecting film public is also recounted as it survived the early revulsion to become a landmark cinematic creation with a profound effect on popular culture.
2013 Documentary George A. Romero Rob Kuhns
Details 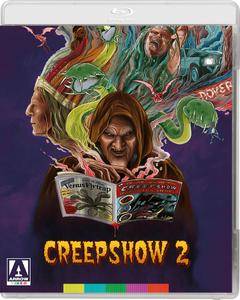 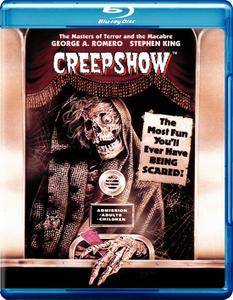 Creepshow (1982)
BDRip 720p | MKV | 1280 x 720 | x264 @ 2560 Kbps | 2h 0mn | 2,53 Gb
Audio: English AC3 2.0 @ 448 Kbps | Subtitles: English (embedded)
Genre: Comedy, Fantasy, Horror | Director: George A. Romero
Five tales of terror are presented. The first deals with a demented old man returning from the grave to get the Father's Day cake his murdering daughter never gave him. The second is about a not-too-bright farmer discovering a meteor that turns everything into plant-life. The third is about a vengeful husband burying his wife and her lover up to their necks on the beach. The fourth is about a creature that resides in a crate under the steps of a college. The final story is about an ultra-rich businessman who gets his comeuppance from cockroaches.
1982 Comedy Fantasy George A. Romero Horror
Details 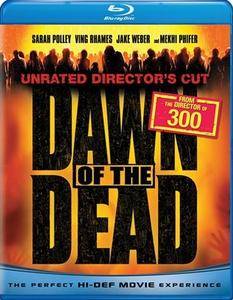 Dawn of the Dead (2004)
BDRip 720p | MKV | 1280 x 720 | x264 @ 2560 Kbps | 1h 49mn | 2,30 Gb
Audio: English AC3 5.1 @ 448 Kbps | Subtitles: English (embedded)
Genre: Action, Horror, Thriller | Director: Zack Snyder
Ana goes home to her peaceful suburban residence, but she is unpleasantly surprised the morning that follows when her husband is brutally attacked by her zombified neighbor. In the chaos of her once picturesque neighborhood, Ana flees and stumbles upon a police officer named Kenneth, along with more survivors who decide that their best chances of survival would be found in the deserted Crossroads Shopping Mall. When supplies begin running low and other trapped survivors need help, the group comes to the realization that they cannot stay put forever at the Shopping Mall, and devise a plan to escape.
2004 Action George A. Romero Horror Thriller Zack Snyder
Details 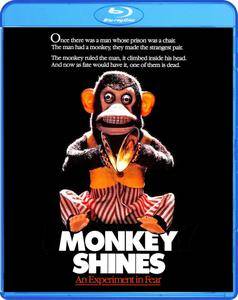 Monkey Shines (1988)
BRRip 720p | MKV | 1280 x 720 | x264 @ 2560 Kbps | 1h 53mn | 2,38 Gb
Audio: English AC3 5.1 @ 448 Kbps | Subtitles: English (embedded)
Genre: Horror, Sci-Fi | Director: George A. Romero
When Allan becomes a quadriplegic he loses all hope for living until he meets Ella - a monkey trained to fetch and carry for him around the house, obeying him in all things. But Ella is part of another experiment, and when she starts responding to Allan's underlying rage and frustration she has the ability to carry out her master's darkest wishes.
1988 George A. Romero Horror Sci-Fi Thriller
Details

Night of the Living Dead (1968) + Extras [The Criterion Collection] 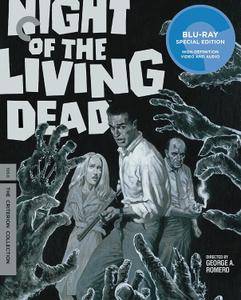 Night of the Living Dead (1968) + Extras
BDRip 1080p | MKV | 1920x1080 | x264 @ 14,0 Mbps | 1h 36mn | 10,46 Gb + 6,58 Gb
Audio: English DTS-HD MA 1.0 @ 1083 Kbps + 2 Commentary tracks | Subs: English
Genre: Horror | Director: George A. Romero
Shot outside Pittsburgh on a shoestring budget, by a band of filmmakers determined to make their mark, Night of the Living Dead, directed by horror master George A. Romero, is a great story of independent cinema: a midnight hit turned box-office smash that became one of the most influential films of all time. A deceptively simple tale of a group of strangers trapped in a farmhouse who find themselves fending off a horde of recently dead, flesh-eating ghouls, Romero’s claustrophobic vision of a late-1960s America literally tearing itself apart rewrote the rules of the horror genre, combined gruesome gore with acute social commentary, and quietly broke ground by casting a black actor (Duane Jones) in its lead role. Stark, haunting, and more relevant than ever, Night of the Living Dead is back.
1968 Criterion Collection George A. Romero Horror
Details
Publication archive