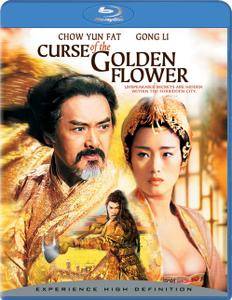 'Curse of the Golden Flower' fuses high drama and romantic intrigue with the best of contemporary martial arts. Set in the lavish and breathtakingly colorful world hidden from the eyes of mere mortals behind the walls of the Forbidden City, a tale of a royal family divided against itself builds to a mythic climax as lines are crossed, trust is betrayed, and family blood is spilled in the quest for redemption and revenge.