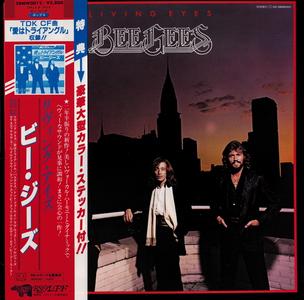 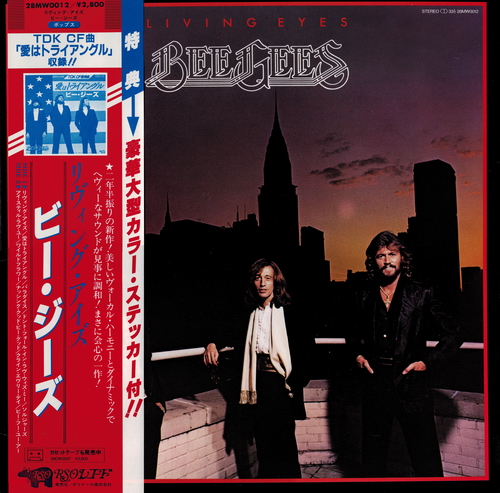 In terms of hit singles and precise musical vision, it would have been difficult for anyone to have to follow-up the brilliant Spirits Having Flown album, but these industry veterans created a real gem in Living Eyes which seems to have gotten lost in the maze that is their deep catalog. The title track is almost up there with "Spirits Having Flown," which is significant praise, and the song "Paradise" follows suit, pretty and passionate. "Don't Fall in Love With Me" has all three Bee Gees brothers contributing to this ballad with their trademark highly creative hooks. The one downer, unbelievable as it seems, is the hit single "He's a Liar." It just doesn't make it – odd vocals on a theme which goes nowhere. Nicking the Top 30 in October of 1981, well after "Love You Inside Out," their final (and questionable) number one hit, the tune disrupts their staggering array of wonderful singles. To stay off the charts for two and a half years might have been fallout from the Sgt Pepper film debacle; though the successful Spirits Having Flown came after that non-epic, it all added up to massive overexposure. The victim of too much airplay (or too much heaven) was this very decent and highly listenable album. "I Still Love You" has Robin Gibb in classic Bee Gees form with lush arrangements and production. There is even additional information included on the inner sleeve regarding the consoles used in recording and the wardrobe person, as well as photos of co-producers Albhy Galuten and Karl Richardson. The album exhibits the opulence enjoyed by the brothers on the front, back cover, and inside gatefold – regal photos which are enhanced by the fact that the boys had the chops to back it up. "Wildflower," not the 1973 hit by Skylark but a brilliant original with folky overtones, really should have been the single. How it didn't hit for the Bee Gees or the popular acts they were working with – Kenny Rogers and Dolly Parton in 1982 and Dionne Warwick in 1983 – is evidence of the richness of their songbook. Barry Gibbs' lead on "Nothing Could Be Good" is so perfectly adult contemporary, a song written by Galuten and the three brothers, it is just stunning that they did nothing with it and that this beautiful work is so forgotten. A song from the Staying Alive film soundtrack went Top 25 in 1983, and in 1989 they broke the Top Ten with "One," but there is no reason for such time in between hits. "Cryin' Every Day" has it, another brilliant hook accompanied by dramatic production; the title track has it; and Barry Gibbs' ethereal and dreamy conclusion to this disc, "Be Who You Are," has it. A strong work by a classic group which is worth hearing again. Truly the weakest track is the hit single "He's a Liar," which must have contributed to this album getting lost in the shuffle.

Bee Gees in my Blog