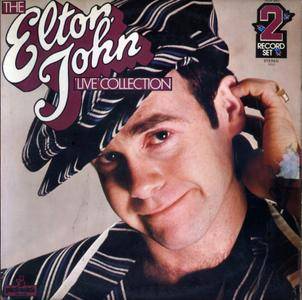 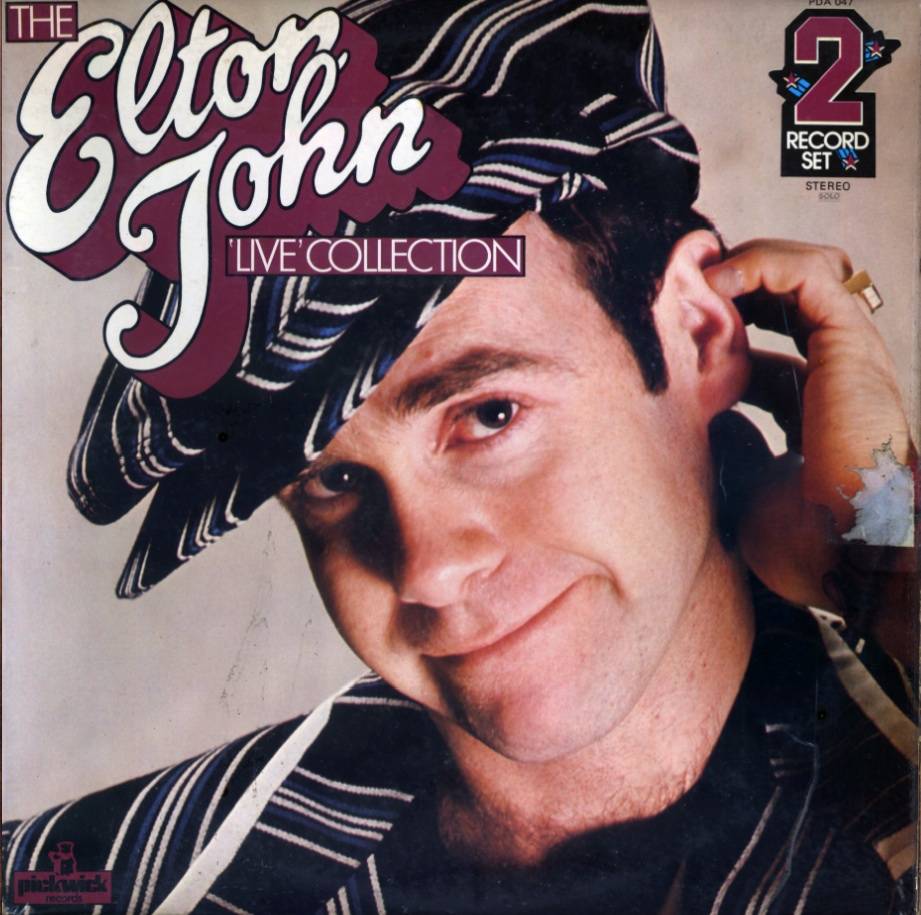 A1 Take Me To The Pilot
A2 Honky Tonk Women
A3 Sixty Years On
A4 Can I Put You On
-
B1 Bad Side Of The Moon
B2.1 Burn Down The Mission
B2.2 My Baby Left Me
B2.3 Get Back
-
Live In London At The Royal Festival Hall
C1 Skyline Pigeon
C2 Border Song
C3 Honky Cat
C4 Love Song
C5 Crocodile Rock
-
Live In New York At Madison Square Garden
D1 Funeral For A Friend
D2 Love Lies Bleeding
D3 Rocket Man
D4 Benny And The Jets
D5 Take Me To The Pilot 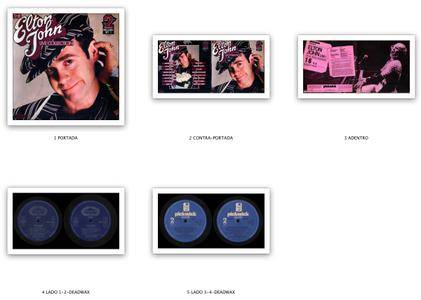 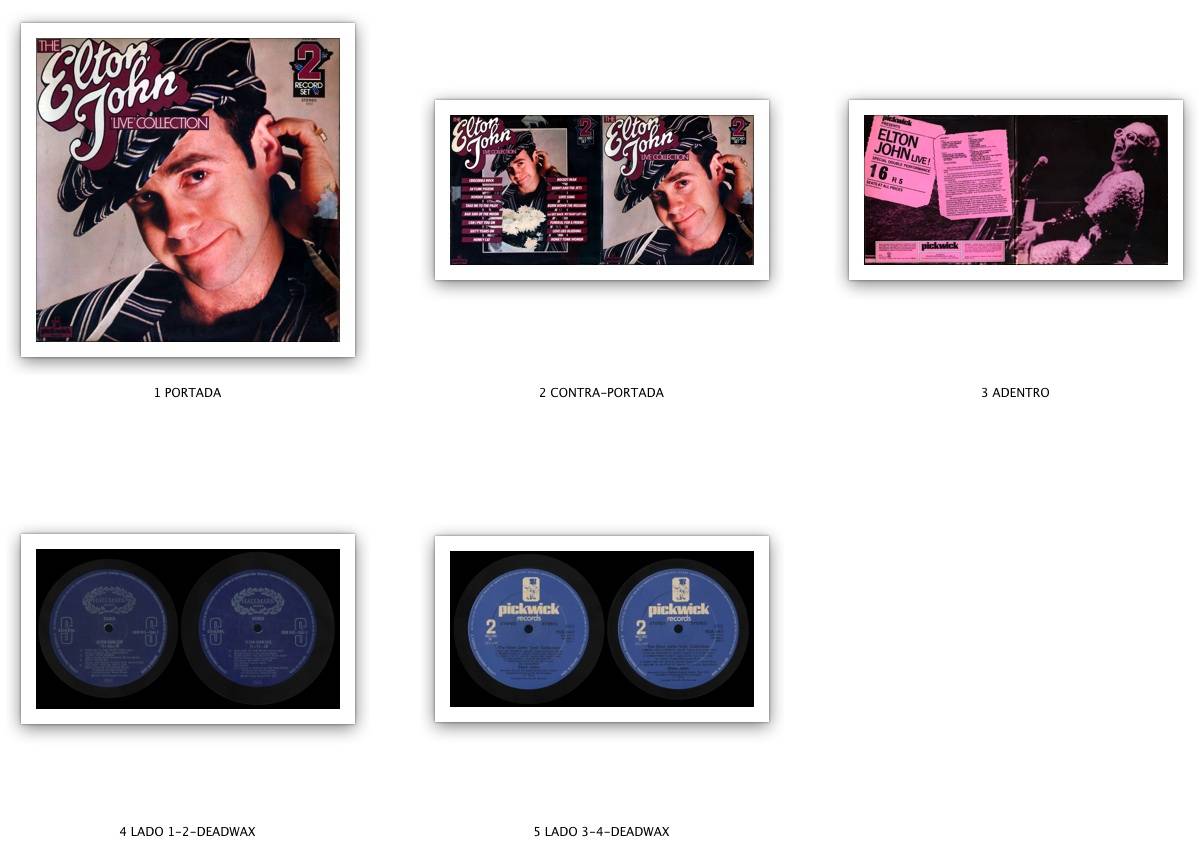 LP 1: “17-11-70”
The great thing about this early live record is its obscurity — not just that this isn’t one of his better-known records, but that the set list is a fanboy’s dream, heavy on album tracks, covers, and the kinds of song that make Elton John’s early work so individual. It’s not just that there are no hits here, but it’s that these six songs emphasize the spare, hard-rocking bluesy singer/songwriter that may not have written his own words, but always sang them with conviction and melodies that made them seem like his own. This may be a minor effort in his catalog, but that’s part of its pleasure — it’s certainly a record from the time before Elton the superstar, as he tears through Tumbleweed Connection tracks prior to the record’s release, does a phenomenal reworking of “Honky Tonk Women,” hauls out B-sides like “Bad Side of the Moon,” and gives a fierce, infectious performance. It’s not essential for anyone but obsessives, but if you want any indication of what Elton sounded like prior to his big break, this is an excellent, even intoxicating, summary.
Review by Stephen Thomas Erlewine, allmusic.com
LP 2: “Here And There”
Although initially considered a contractually obligated release, when Here and There (1976) was upgraded in 1995 as part of Elton John’s (piano/vocals) “Classic Years” catalog overhaul, it became the most definitive live document to date of his immortal ’70s quintet that featured the pianist backed by Davey Johnstone (guitar/backing vocals), Dee Murray (bass/backing vocals), Nigel Olsson (drums), and Ray Cooper (percussion). What was originally a single vinyl long-player was expanded to nearly two hours and 20 minutes, spread over two CDs. The “Here” show was recorded at an Invalid Children’s Aid Society Benefit at Royal Festival Hall in London on May 18, 1974. John begins with a pair of early solo numbers before being joined by the band for inspired readings of hits such as the rousing “Take Me to the Pilot” and “Crocodile Rock” as well as the equally integral deep cuts “Bad Side of the Moon” and a very special version of the ballad “Love Song” — featuring a rare duet with the song’s author and original co-vocalist Leslie Duncan (vocals). Another real treat is the funky and loose rendering of “Honky Cat” with some interesting interaction between John and Cooper. Six months later John and company hit Madison Square Garden in New York City for a series of shows over Thanksgiving weekend. In acknowledgement of a wager set forth between John and John Lennon that stated, if the duo’s single “Whatever Gets You Thru the Night” from Lennon’s Walls and Bridges (1974) album topped the singles chart, Lennon would join Elton on-stage for a few numbers. Needless to say the song bound to the number one position, and the stage was literally set for the very first live appearance from Lennon in two years — which would ironically and tragically likewise be the last he would ever give. Immediately differentiating the “There” show is the comparatively massive audience. This show is as much about spectacle (1974 style) as it is about music. Not that the music suffers in the least. Although John’s voice has sounded better, the band are in top form as they rant and rave through the blistering “Funeral for a Friend/Love Lies Bleeding” opener. Among the surprises are the romping live versions of “Grey Seal” and “You’re So Static.” However, the unmitigated highlight is Lennon’s surprise three-song guest shot. Both legends perform their latest singles — for Lennon it is the aforementioned “Whatever Gets You Thru the Night” and for John it is the non-LP cover of “Lucy in the Sky With Diamonds” — both of which are quite powerful in terms of sheer vibe. Their finale of “I Saw Her Standing There” is ragged-but-right with Johnstone cleverly quoting “I Feel Fine” during the bridge from the verse to the chorus. While the remainder of the set hold its own, it pales in the wake of the preceding momentous performance. This should be considered essential listening for enthusiasts as well as curious music historians.
Review by Lindsay Planer, allmusic.com