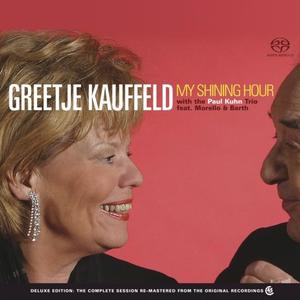 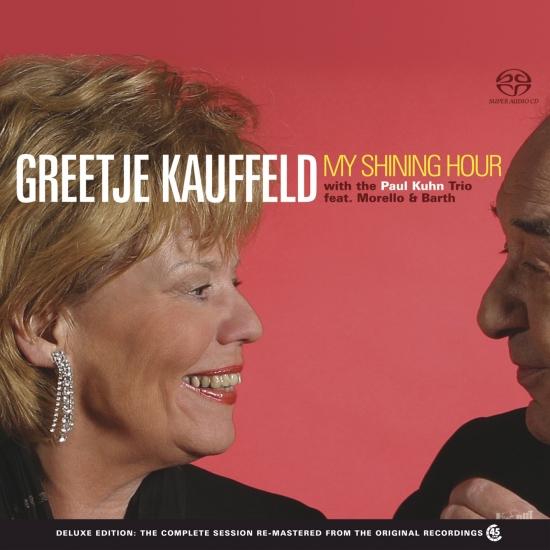 The centenary of his birth (15.2.2005) has passed unnoticed by many music lovers. It is Harold Arlen's fate that he is credited as composer for more jazz standards of the Great American Songbook than any other writer, but nevertheless remains unknown to a great deal of his audience. The career of this cantor's son from Buffalo is unmatched, led him from the bars of his hometown to Harlem's Cotton Club to the Broadway and finally to Hollywood. This genius of a songwriter created songs for 29 films, "Over The Rainbow" from "The Wizard Of Oz" was just chosen as film song of the century. 35 songs of his work can claim the status of an evergreen. Johnny Mercer once described his sophisticated but at the same time catchy style as unique "fusion of classical Jewish music and negro spirituals".

On "My Shining Hour" a splendid team has come together to pay tribute to this giant of American's jazz history. The two protagonists look back to four decades of joint sessions and stage experiences, the doyen of German piano jazz Paul Kuhn and the brilliant and warmhearted voice of Greetje Kauffeld. The Dutch woman who chose Doris Day, Nacny Wilson and Ella as her early idols, stared performing at the age of 13 for a radio show. Berlin's RIAS Big Band, collaborations with Ray Brown, Herb Ellis, Toots Thielemans and Stan Getz are some of the stunning stopovers of her career. But her duo work with Paul Kuhn with whom she already recorded witty "schlagers" in the 1960s ranks as particularly heartfelt among all of her teamworks. Says Kuhn: "I have had the pleasure to work with Greetje Kauffeld over more than four decades and she is a wonderful singer, she belongs to the elite of the jazz vocalists. Her singing is very soulfull, her warm voice fits perfectly with Arlen's ballads. I'm sure he'd like her interpretations very much." From the touching duet "Let's Fall In Love" to the lively "It's Only A Paper Moon", the intimate and more rarely heard "A Sleepin' Bee" to a four song medley with a surprising spin to "Come Rain Or Come Shine" we take a relaxed walk through Arlen's classic contributions to the Gret American Songbook. The world wide known "Over The Rainbow" is also included, of course.

Arlen's music is timeless. This fact is vividly demonstrated by two young guests, who Kauffeld and Kuhn's trio (Paul G. Ulrich, b and Willy Ketzer, dr) invited to the stage, when they performed at the Muddy's Club, Weinheim to record their CD during two evening sessions. Paulo Morello (g) and Kim Barth (sax, fl) have caused some excitement with their German-Danish-Brazilian project "The Bossa Nova Legends" within the jazz as well as the Latin circuit. Bossa Nova made in Germany with famous names of Rio's musical past - these tropically swinging vibrations are the background for some moments on this recording, displaying an airy, carefree magic full of surprising intros and intermezzi. Different generations who are contributing to a classical excursion: Moments of glory, a real "Shining Hour" for Greetje Kauffeld’s rich CD catalogue.