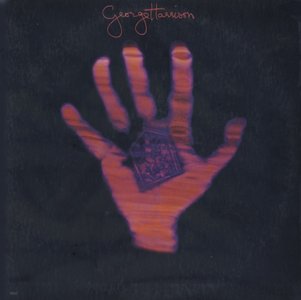 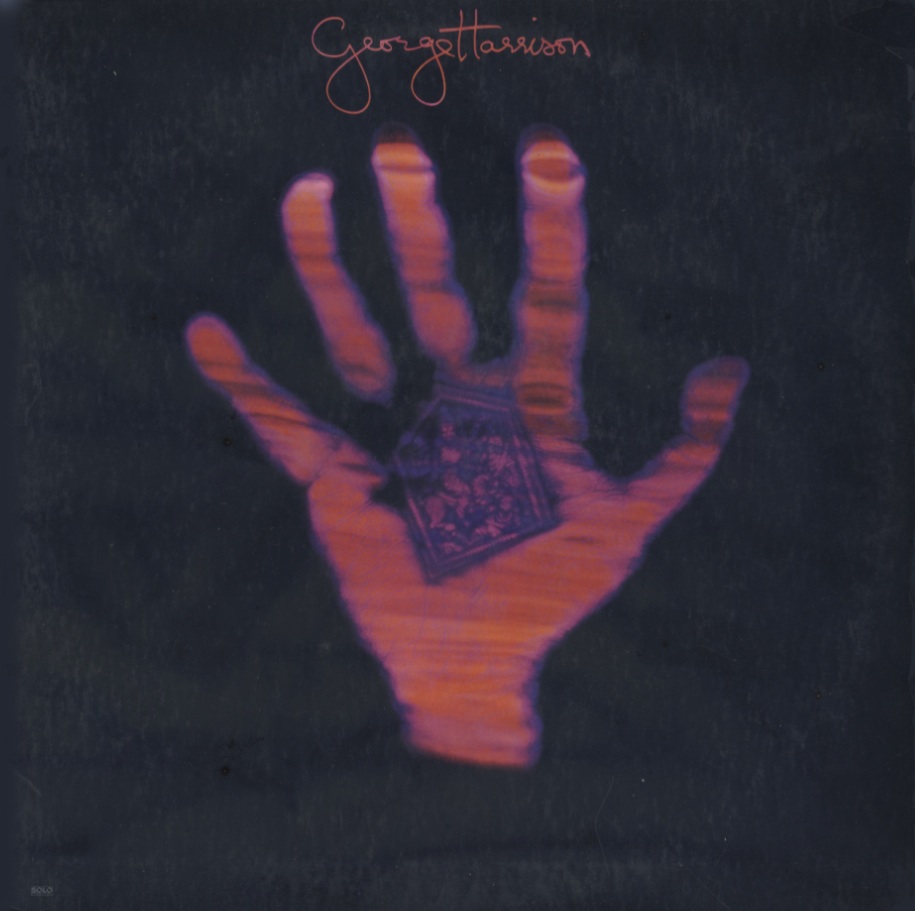 
A1 Give Me Love - (Give Me Peace On Earth)
A2 Sue Me, Sue You Blues
A3 The Light That Has Lighted The World
A4 Don't Let Me Wait Too Long
A5 Who Can See It
A6 Living In The Material World
-
B1 The Lord Loves The One (That Loves The Lord)
B2 Be Here Now
B3 Try Some Buy Some
B4 The Day The World Gets 'Round
B5 That Is All 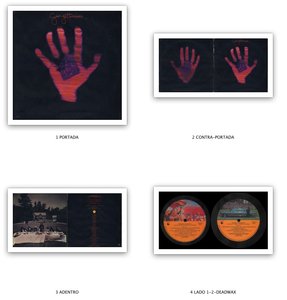 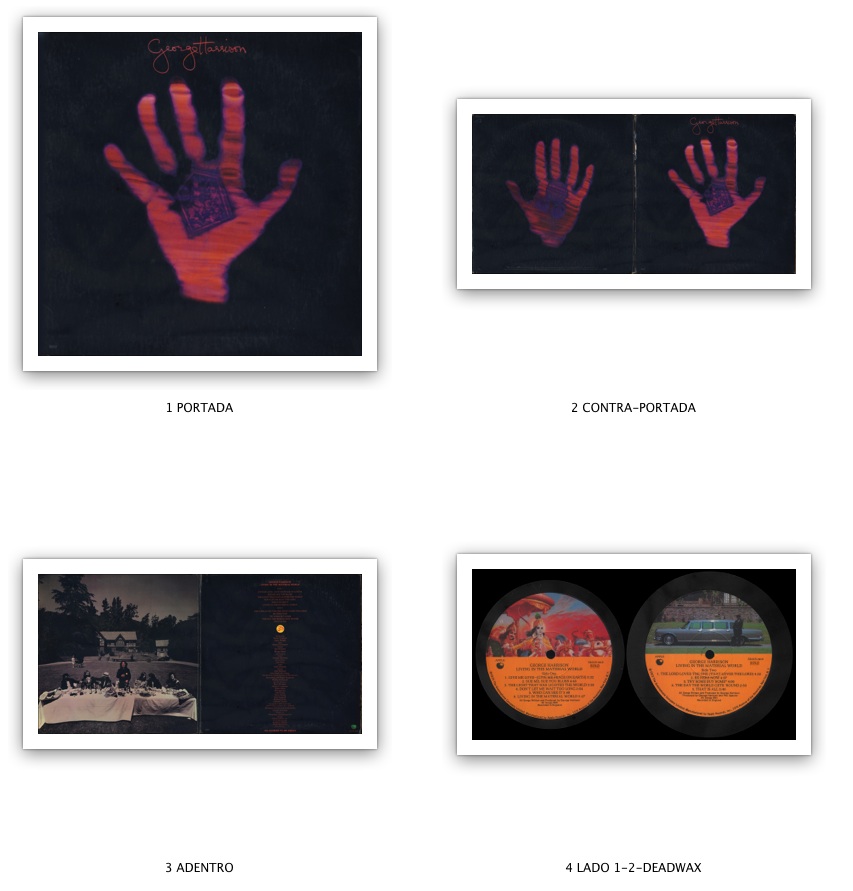 How does an instant multimillion-selling album become an underrated minor masterpiece? George Harrison's follow-up to the triple-disc All Things Must Pass (which had been comprised of an immense backlog of great songs that he'd built up across the last years of his time with the Beatles), Living in the Material World was necessarily a letdown for fans and critics, appearing as it did two-and-a-half-years after its predecessor without that earlier album's outsized songbag from which to draw. And it does seem like Harrison narrowed his sights and his vision for this record, which has neither the bold musical expansiveness nor the overwhelming confidence of its predecessor. And while there are still some beautiful and delightfully lyrical, charming moments throughout, few of the melodies are as instantly memorable and compelling as those of most of the songs on the earlier record, and some of the most serious songs here, such as "The Light That Has Lighted the World," seem weighed down with their own sense of purpose, in ways that All Things Must Pass mostly (but not entirely) avoided. What Living in the Material World does show off far better than the earlier record, however, is Harrison's guitar work – unlike the prior album, with its outsized contingent of musicians including Eric Clapton and Dave Mason on guitars, he's the only axeman on Material World, and it does represent his solo playing and songwriting at something of a peak. Most notable are his blues stylings and slide playing, glimpsed on some of the later Beatles sessions but often overlooked by fans.
"Don't Let Me Wait Too Long" is driven by a delectable acoustic rhythm guitar and has a great beat. The title track isn't great, but it does benefit from a tight, hard, band sound, and "The Lord Loves the One (That Loves the Lord)," despite its title, is the high point of the record, a fast, rollicking, funky, bluesy jewel with a priceless guitar break (maybe the best of Harrison's solo career) that should have been at the heart of any of Harrison's concert set. Vocally, Harrison was always an acquired taste, and he isn't as self-consciously pretty or restrained here, but it is an honest performance, and his singing soars magnificently in his heartfelt performance on "The Day the World Gets Round," a song that resembles "Beware of Darkness" and also, curiously enough, "Across the Universe." Perhaps a less serious title would have represented the album better, but nobody was looking for self-effacement from any ex-Beatle except Ringo (who's also here, natch) in those days. Even in the summer of 1973, after years of war and strife and disillusionment, some of us were still sort of looking – to borrow a phrase from a Lennon-McCartney song – or hoping to get from them something like "the word" that would make us free. And George, God love him, had the temerity to actually oblige, to the extent of painting a few signs here and there suggesting where he'd found it and where we might, all with some great playing and some laughs. And it wasn't all serious – there are pointed moments of humor throughout, especially on the title song; and "Sue Me, Sue You Blues" was a follow-up to Beatles-era tracks such as "Only a Northern Song," dealing with the internal workings and business side of his lingering involvement with the group, in this case the multiple, overlapping, sometimes rotating lawsuits that attended the breakup of their organization. And one track, "Try Some, Buy Some," which he'd given away to Ronnie Spector at the time, actually dated back to the All Things Must Pass sessions.
Review by Bruce Eder, allmusic.com