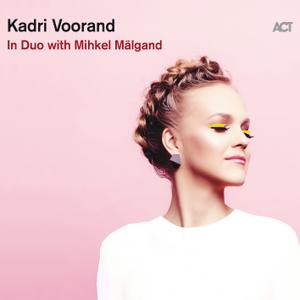 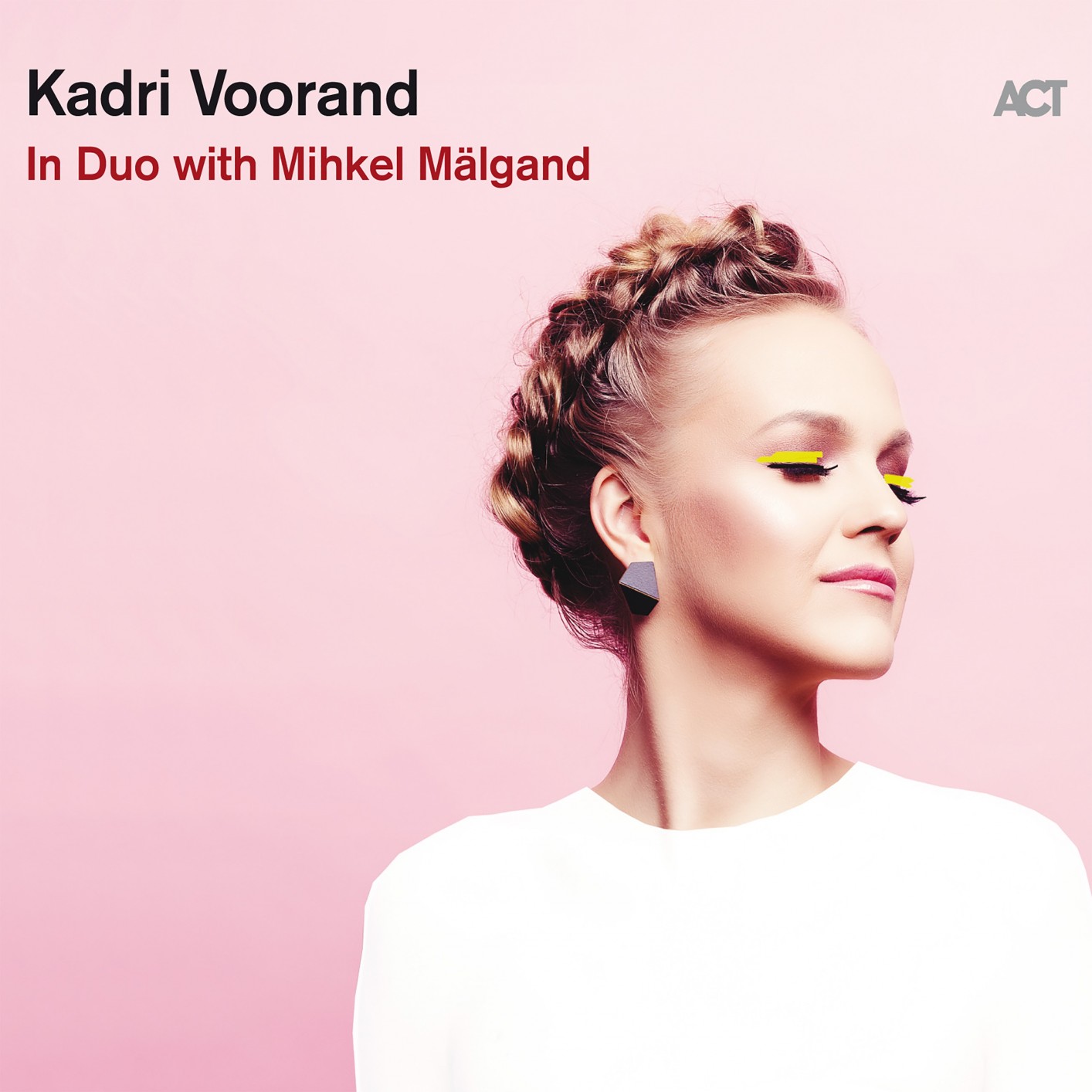 The small Baltic nation of Estonia is internationally renowned for its singing traditions. Though originally a defiant celebration of its own identity in the face of past adversity, it’s also a reflection of a country that’s been looking to the future with a new freewheeling assertiveness.

A boldly unique, roots-based yet forward-thinking approach is exactly what comes to mind when listening to one of the country’s brightest vocal stars, the charismatic 33-year-old singer, composer, pianist and improviser Kadri Voorand. On In Duo with Mihkel Mälgand Kadri engages passionately with a wide-screen musical soundscape that encompasses anything from acoustic folk-pop, classical, R&B through to jazz vocal and wordless improv.

Kadri has already received much acclaim in her home country, including recent Estonian Music awards for both Best Female Artist and Jazz Album as well as accolades in a Producer role, something that points to her sensibility towards contemporary vocal aesthetics, in particular her subtle use of electronic effects, looping and layering. The new recording highlights all her attributes as a singersongwriter: a vocalist who’s highly expressive, energetic, imaginative, and tonally/rhythmically supple, and a lyricist (all songs are in English aside from two in her native language) with a transparent, mischievously witty and original style.

From a very early age Kadri was singing in her mother’s folk music ensemble and learning classical piano, going on later to study jazz at academies in both Tallinn and Stockholm. But on In Duo with Mihkel Mälgand, Kadri never once leans on her formidable technique, though the immaculate quality and virtuosity of her vocal is undeniable.

Instead she sustains a delicate balance between resonating with a wide audience and opening up the imagination of her listeners. Her diversity is reflected in her background working with artists such as Estonian composer Tõnu Kõrvits on his album Mirror, starring in a capella vocal sextet Estonian Voices as well as writing compositions for film, chamber choir and contemporary classical orchestra.

The choice of album title signifies a long, fertile artistic relationship with compatriot and award-winning bassist Mihkel Mälgand - who’s also an arranger and occasional co-writer here – that has seen the duo appear at many International jazz festivals. Kadri’s vocal is one-of-a-kind but listen closely and you hear the influence of experimental Nordic vocalist Sidsel Endresen through to Joni Mitchell as well as the theatrical art-pop of Kate Bush, the latter especially noticeable on ‘What If I Did Kill You’ a song that boasts a humorously acerbic lyric sung alongside homegrown guest singer NOËP. ‘I’m Not In Love’ is a playfully subversive, alternative take on the feeling of being in love, or perhaps not. While an effervescent cover of Michael Jackson’s ‘They Don’t Really Care About Us’ reveals a singer also partial to a bit of earthy, soulful R&B. ‘Like Yoko And John’ embraces pop culture while at the same time showcasing her highly syncopated, infectious scat vocals while the acoustic strains of ‘I Drove A 1,000 Miles’ recall the sublime yearning vocal of the late singersongwriter Jeff Buckley in full flight. ‘I Must Stop Eating Chocolate’ is a droll parody of a retro R&B number while closing ballad ‘I Stopped Time’ follows its own unique path while echoing Joni Mitchell’s phraseology with Mihkel Mälgand’s supportive bass occasionally reminiscent of Jaco Pastorius.

On In Duo with Mihkel Mälgand Kadri Voorand gives her all in pursuit of an authentic 21st century vocal art.