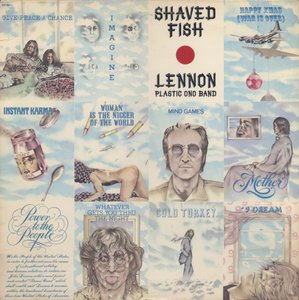 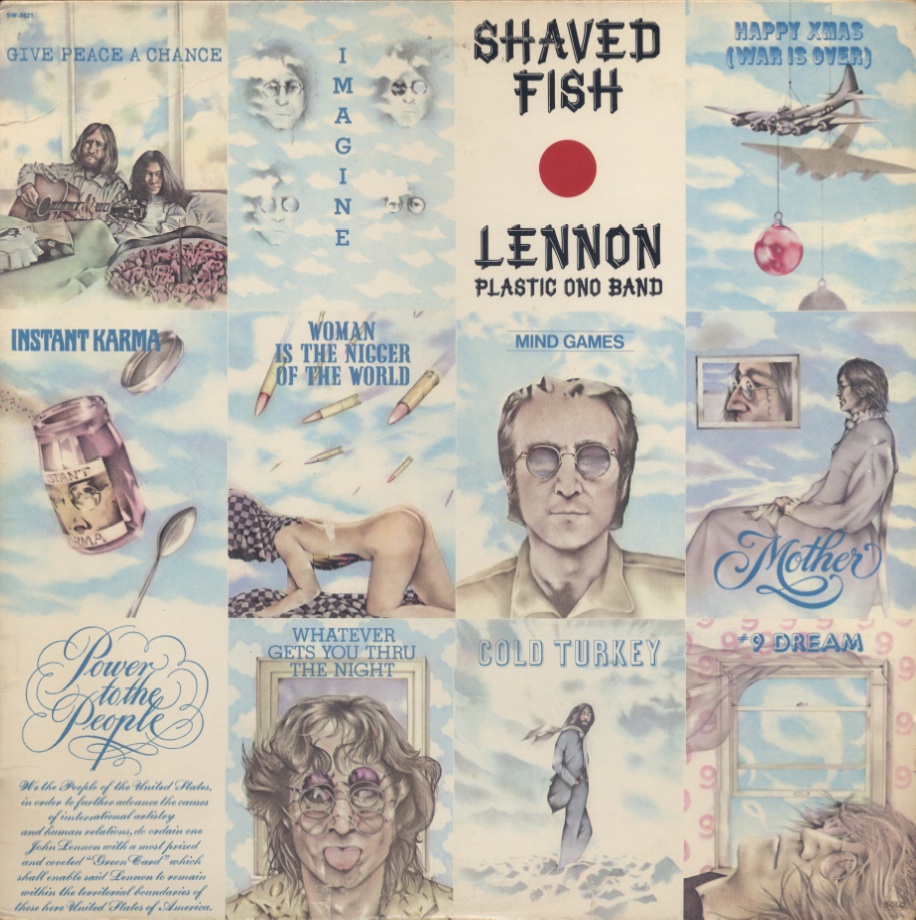 
Medley
A1a Give Peace A Chance
A1b Cold Turkey
A2 Instant Karma!
A3 Power To The People
A4 Mother
A5 Woman Is The Nigger Of The World
-
B1 Imagine
B2 Whatever Gets You Thru The Night
B3 Mind Games
B4 #9 Dream
Medley
B5a Happy Xmas (War Is Over)
B5b Reprise: Give Peace A Chance 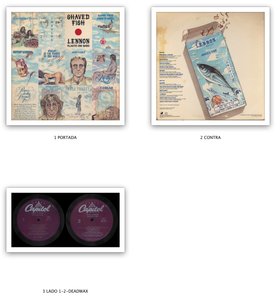 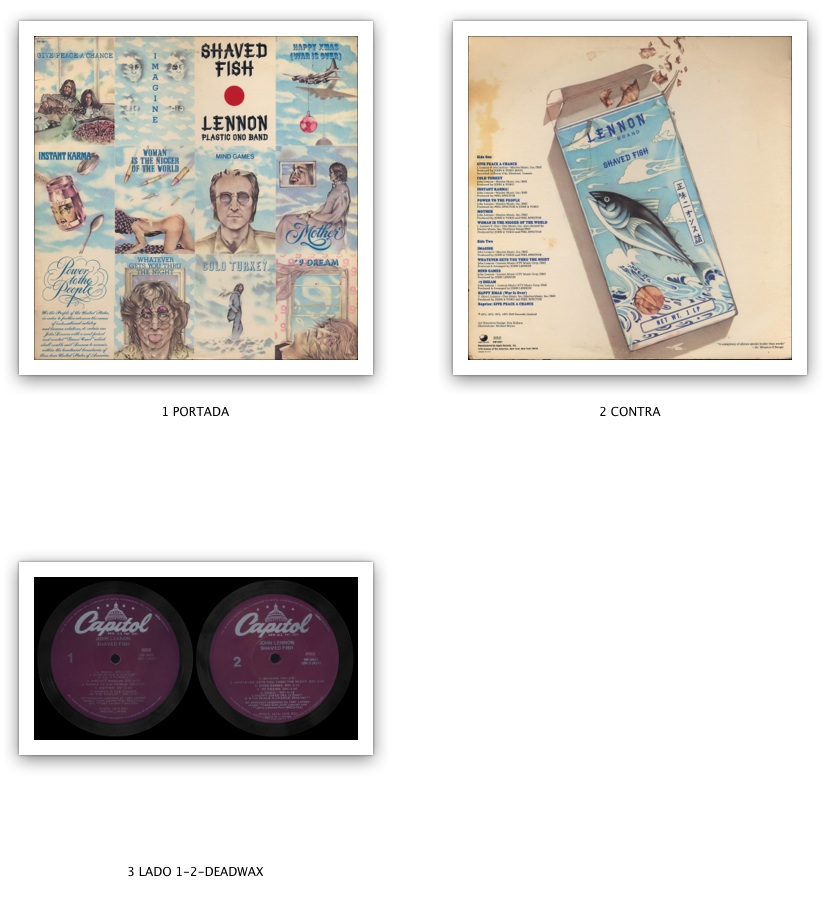 At the time of its release, Shaved Fish didn't attract as much attention as any compilation of John Lennon's work would have either a few years before or a few years after. Lennon had just issued the somewhat disappointing genre album, Rock 'n' Roll, and was only a year from Walls and Bridges, not one of his strongest albums, and had also grown somewhat stale as a public figure. Drawing on his singles up to that point in his career, it shows a punkier, more defiant vision of Lennon's work than subsequent compilations, which would dwell on a broader cross section of his output. "Happy Christmas" and "Imagine" are moments of peace in the company of artifacts from his political/agitprop ("Power to the People") and primal scream ("Mother") periods, and his attempts at topical songwriting ("Woman Is the Nigger of the World"), and "Whatever Gets You Through the Night," which was unique to this LP, was a better piece of mainstream rock & roll than any of the late-'50s numbers that he ground out for Rock 'n' Roll. This collection, which was the last LP release to come from Lennon in any form until Double Fantasy five years later, was the only compilation of his work released in Lennon's own lifetime, and has since been supplanted by various posthumous assemblies of his music.
Review by Bruce Eder, allmusic.com