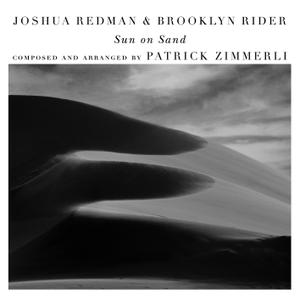 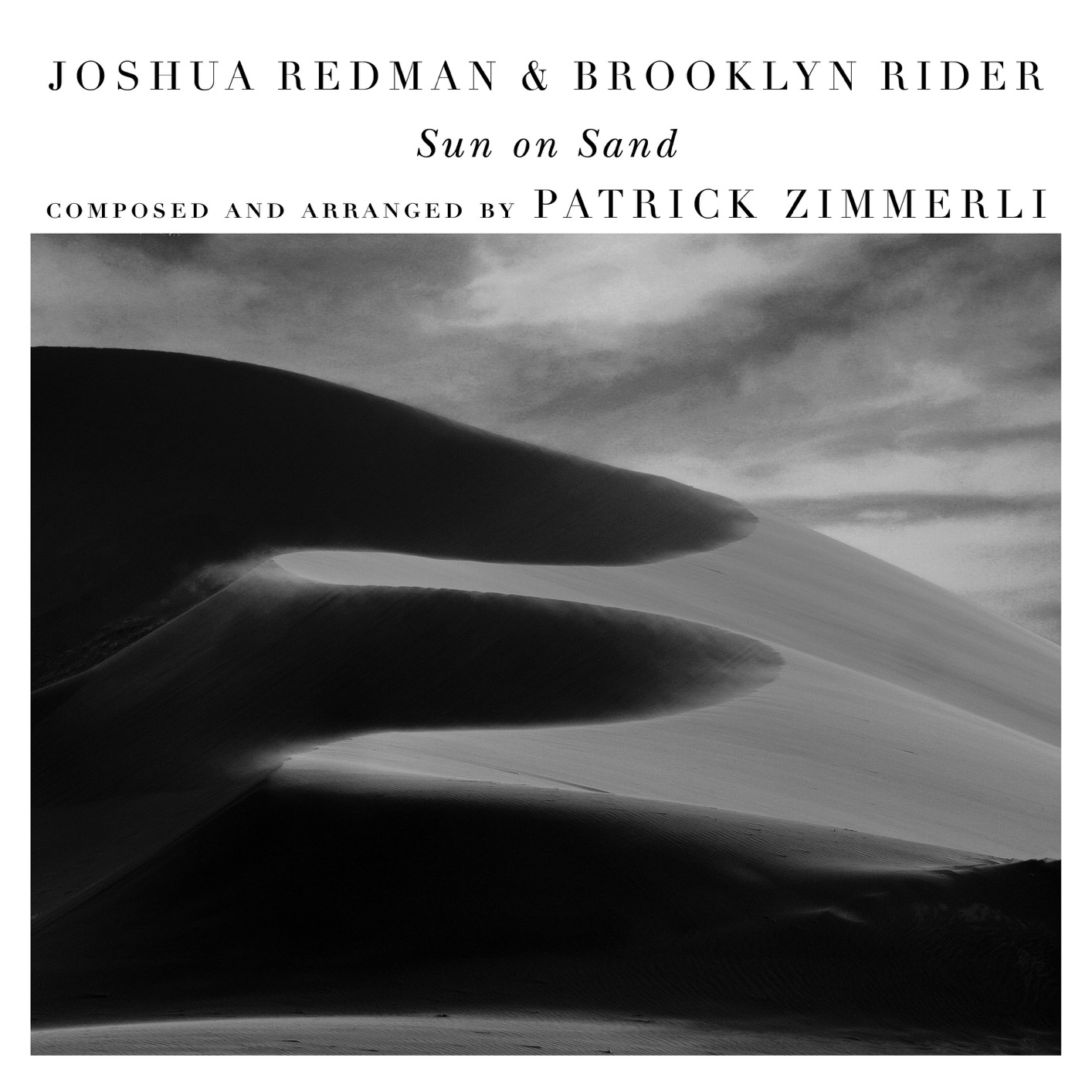 Joshua Redman and Brooklyn Rider's Sun on Sand is due October 4, 2019, on Nonesuch Records. The album comprises eight compositions from a suite by composer Patrick Zimmerli. Each piece in the suite, which premiered at London’s Wigmore Hall in 2014, represents a different expression of light. Bassist Scott Colley and drummer Satoshi Takeishi perform as well. Sun on Sand is available to pre-order from iTunes and the Nonesuch Store, where the album track “Between Dog and Wolf”—named for a French expression for dusk—may be downloaded immediately. Sun on Sand will also stream at Amazon, Apple Music, and Spotify. Redman previously worked with Zimmerli when the latter created orchestral arrangements of Redman’s compositions for the 2013 Nonesuch album Walking Shadows.

Originally from New York, composer and saxophonist Patrick Zimmerli lives and works between his hometown and Paris. His music is at the crossroads of classical music and contemporary jazz. He collaborates with many international musicians, including Brad Mehldau, Brian Blade, Luciana Souza, Ethan Iverson, The Knights, and the Escher String Quartet. His music has been performed at Carnegie Hall and Town Hall in New York, Wigmore Hall in London, Salle Pleyel in Paris, Konzerthaus Großer Saal in Vienna, Sala São Paolo, and SFJAZZ in San Francisco. His previous work on Nonesuch includes Redman’s Walking Shadows and Brad Mehldau and Kevin Hays’ Modern Music (2011).

Joshua Redman’s first album on Nonesuch was the Grammy-nominated Momentum (2005). His other releases on the label include Back East, Compass, and Trios Live, all of which explore the trio format; MoodSwing (1994, re-issued); Walking Shadows (2013), his first recording to include an orchestral ensemble; The Bad Plus Joshua Redman (2015), a collaboration with the acclaimed trio; Nearness (2016), a duo album with longtime friend and collaborator Brad Mehldau; the 2018 Grammy–nominated Still Dreaming—an album inspired by his father Dewey Redman’s 1976–1987 band, Old and New Dreams; and Come What May with the Joshua Redman Quartet, featuring pianist Aaron Goldberg, bassist Reuben Rogers, and drummer Gregory Hutchinson. Redman currently tours with his trio with Rogers and Hutchinson; his quartet; Still Dreaming, with Ron Miles, Scott Colley and Brian Blade (David King on recent tours); and occasionally with the collaborative group James Farm, with Aaron Parks, Matt Penman, and Eric Harland. James Farm has two releases on Nonesuch: their 2011 self-titled album and 2014’s City Folk.