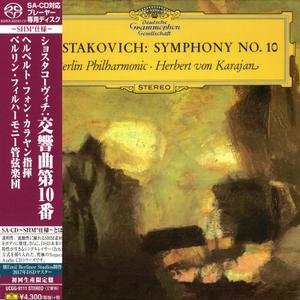 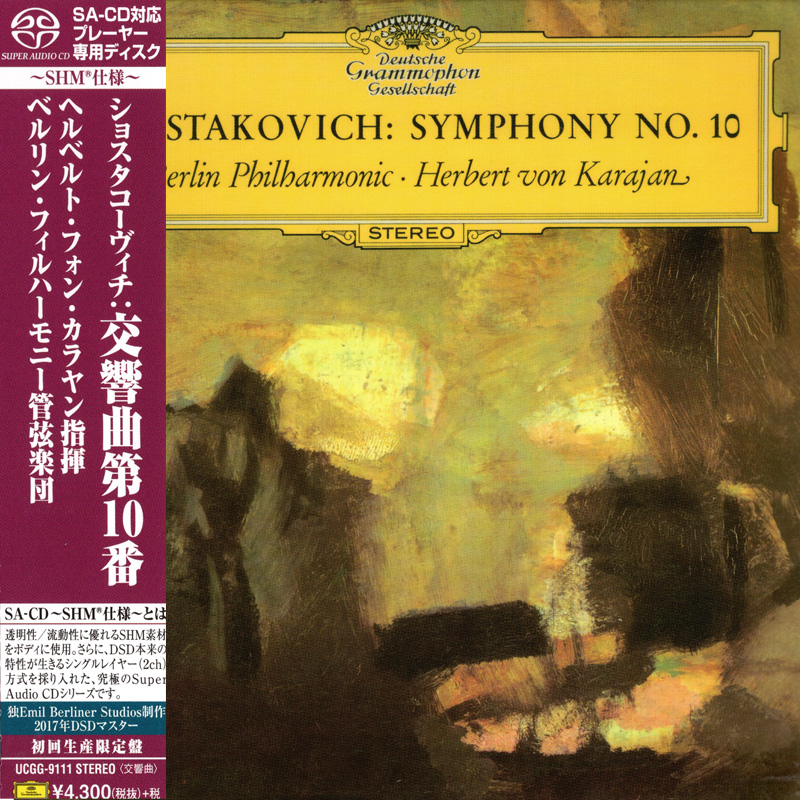 While not one of Shostakovich's best works, the Symphony #10 has many wonderful passages that illustrate the tumultuous time period from which it came. Herbert von Karajan rendered yet another nuanced and stunning performance from his great orchestra. His admiration of Shostakovich as a composer and a man comes through in the beautiful phrasing and balancing evident in the recording.

Deutsche Grammophon group this recording as one of their "legendary recordings" and for once this is not merely promoter's hype. Written in 1953 after the death of Stalin, it is one of the key works of 20th century music. It is not an easy ride for any conductor or orchestra. The first movement is full of long, slow introspective passages in which the conductor dare not let the orchestra "go to sleep" as the predominant mood is tense, nervous and anxious - a difficult combination. The most commonly used adjective to describe the second movement is "brutal" and BPO/Karajan play it with appropriate clinical savagery. The final movement is also difficult for conductors due to the extreme contrasts of slow, elegaic passages, with many woodwind solos, and some extremely fast tutti. It is difficult to imagine a better performance of this challenging symphony than this one. The Berlin Philharmonic seems to have 100 virtuoso soloists playing together and Karajan's instinctive understanding of this of this demanding piece,both musically and intellectually, will rarely be matched. Shostakovich was a master of irony and ambiguity and the ending has been described very variously as "unrealistic" and "optimistic tragedy".