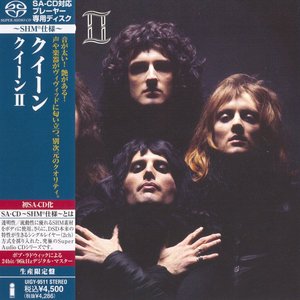 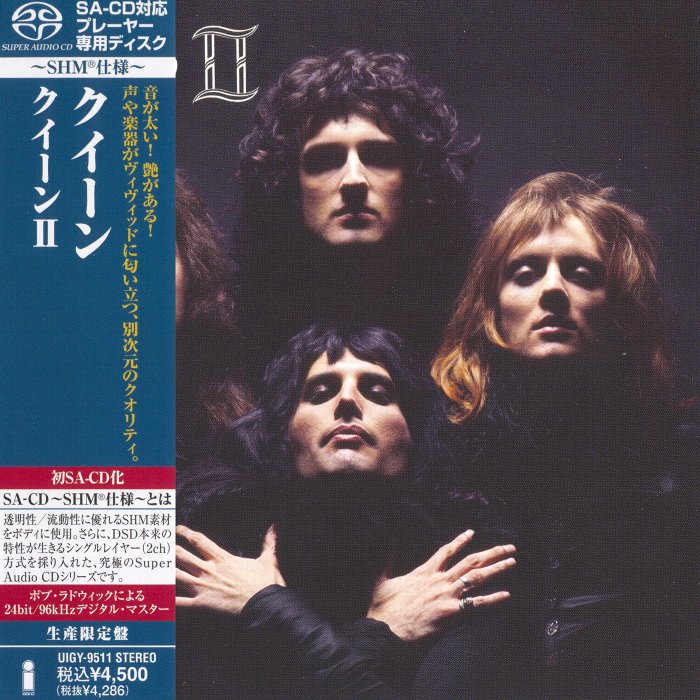 
Queen II is the second studio album by the British rock band Queen. It was released on 8 March 1974 by EMI Records at midnight in the UK and by Elektra Records in the US. It was recorded at Trident Studios and Langham 1 Studios, London, in August 1973 with co-producers Roy Thomas Baker and Robin Geoffrey Cable, and engineered by Mike Stone. Described as "arguably the heaviest Queen album", Queen II is notable for its combination of a heavy rock sound with an art rock sensibility and has been called "a pillar of grandiose, assaultive hard rock" by the Rock and Roll Hall of Fame.

In one regard, Queen II does indeed provide more of the same thing as on the band's debut. Certainly, of all the other albums in Queen's catalog it bears the closest resemblance to its immediate predecessor, particularly in its lean, hard attack and in how it has only one song that is well-known to listeners outside of their hardcore cult: in this case, it's "Seven Seas of Rhye," which is itself more elliptical than "Keep Yourself Alive," the big song from the debut. But these similarities are superficial and Queen II is a very different beast than its predecessor, an album that is richer, darker, and weirder, an album that finds Queen growing as a band by leaps and bounds. There is still a surplus of ideas, but their energies are better focused this time around, channeled into a over-inflated, pompous rock that could be called prog if it wasn't so heavy. Even with all the queens and ogres that populate Queen II, this never feels as fantastical as Genesis or Uriah Heep, and that's because Queen hits hard as a rock band here, where even the blasts of vocal harmonies feel like power chords, no matter how florid they are. Besides, these grandiose harmonies, along with the handful of wistful ballads here, are overshadowed by the onslaught of guitars and pummeling rhythms that give Queen II majesty and menace. Queen is coiled, tense, and vicious here, delivering on their inherent sense of drama, and that gives Queen II real power as music, as well as a true cohesion. The one thing that is missing is any semblance of a pop sensibility, even when they flirt with a mock Phil Spector production on "Funny How Love Is." This hits like heavy metal but has an art-rock sensibility through and through, which also means that it has no true hook in for those who don't want to succumb to Queen's world. But that kind of insular drama is quite alluring in its own right, which is why Queen II is one of the favorites of their hardcore fans. At the very least, it illustrates that Queen is starting to pull all their ambitions and influences into a signature sound, and it's quite powerful in that regard.