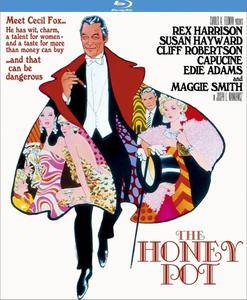 As an elaborate joke, the wealthy Cecil Fox (Rex Harrison) hires actor William McFly (Cliff Robertson) to play his personal assistant and invites three of his old flames, including Texan socialite Mrs. Lone-Star Crockett Sheridan (Susan Hayward), to visit him. Claiming to be on his deathbed, Fox has motives that remain unclear, and things take a surprising turn when one of the guests is found dead. As Inspector Rizzi (Adolfo Celi) investigates the crime, the plot of the mystery thickens. 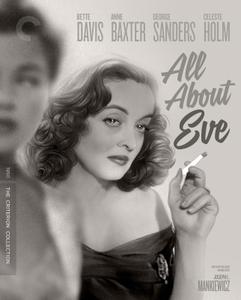 In Joseph L. Mankiewicz’s devastatingly witty Hollywood classic, backstage is where the real drama plays out. One night, Margo Channing (Bette Davis) entertains a surprise dressing-room visitor: her most adoring fan, the shy, wide-eyed Eve Harrington (Anne Baxter). But as Eve becomes a fixture in Margo’s life, the Broadway legend soon realizes that her supposed admirer intends to use her and everyone in her circle, including George Sanders’s acid-tongued critic, as stepping-stones to stardom. Featuring stiletto-sharp dialogue and direction by Mankiewicz, and an unforgettable Davis in the role that revived her career and came to define it, the multiple-Oscar-winning All About Eve is the most deliciously entertaining film ever made about the ruthlessness of show business.