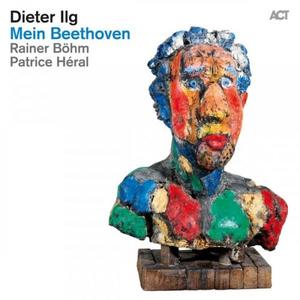 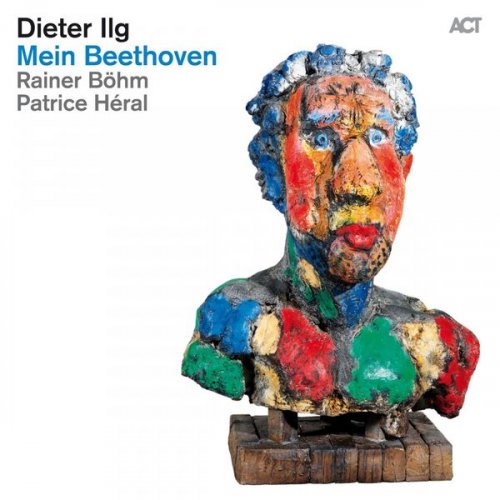 'Mein Beethoven' is the logical next step for Dieter Ilg. His last album 'Parsifal' – a chamber-jazz interpretation of Richard Wagner's sacred festival work, which Focus magazine called a 'highlight in the Richard Wagner Year 2013' – closed with a whispered theme from Beethoven's Ninth ('Ode to Joy'), retitled 'Sehnsucht' (Longing) by Ilg. Now he has satisfied that yearning and recorded an entire album, 'Mein Beethoven', dedicated to this Olympian of German classical music, the most classical of all our composers, the one-time 'superstar of the music capital Vienna': Ludwig van Beethoven.

The choice to do so was not only logical in view of the connection to its preceding album, but also with regard to the career of Ilg, who is not only 'one of the best jazz bass players of our time' (Fono Forum), but also a musician who keeps raising the bar for bandleaders everywhere. Ilg has earned his ranking as a partner to Randy Brecker, Nguyên Lê, Dave Liebman, Albert Mangelsdorff, Dhafer Youssef, Rebekka Bakken, Nils Landgren or Charlie Mariano and currently as the duet partner of Till Brönner and a member of star baritone Thomas Quasthoff's jazz ensemble. With his own projects he has explored his personal cultural roots in the European music tradition. In 1992 he was involved in the revolutionary flamenco-jazz experiment 'Jazzpaña', the Grammy-nominated first ACT album. From 1997 onwards he worked on folksongs together with Wolfgang Muthspiel and Steve Argüelles. In 2010 he fulfilled his long-held dream of eking out the jazz possibilities of Guiseppe Verdi's 'Otello' in the trio that still exists today with Rainer Böhm and Patrice Héral. It was a showpiece of improvisational art music for which he was awarded the ECHO Jazz as 'Best Bassist National'. The 'Live at Schloss Elmau' version was the starting gun for Ilg's collaboration with ACT, and it was followed by the Wagner gamble 'Parsifal', 'a chamber musical, acoustic jazz opus' (Spiegel Online), for which he received his second ECHO Jazz in 2014.

With 'Mein Beethoven' Ilg, along with his perfectly harmonising trio, demonstrates that he is not about gimmicky 'jazz goes classic' crossover music, but about taking the originals and somehow making them his own. His incorruptible eye for the essence, his mastery of making the monumental sensual and human, is impressive.

It is not only Ilg's singing, grooving bass, savouring every nuance, that makes his Beethoven arrangements such a joy to behold, it is also Reiner Böhm's sparkling touch, his pianistic greatness in respectfully playing around some of the most beautiful melodies in music history, and Patrice Héral's ability to always add orchestral splendour through his extraordinary drumming, with fitting fills and variations.

Is it jazz? Or is it not simply wonderful music, enchanting, flowing, dreaming, condensing, singing, relating, grooving….? It is a synthesis that will make Ilg's 'Mein Beethoven' your Beethoven.

Dieter Ilg about the project: Ludwig van Beethoven, born in 1770 in Bonn, first attained notoriety as a pianist, and especially for his passion for improvisation. Always searching for ways to optimise, to further develop music, to form and achieve perfection, he wanted a composition to grow with all the abilities of its creator, changing constantly. Throughout the course of his career his reputation as a composer grew year on year, then ultimately, in the music capital Vienna, he finally rose to the status of what we would today call a superstar. His works are revolutionary milestones. The quiet and monumental moments in his 9th Symphony, his romantic and masterfully demanding piano sonatas and their form breaks, the impetuous eruptions, rough edges and redesigns of the structure of his string quartets, and his elegant and unconventional arrangements of Irish folk songs all fascinate, to mention just a small fraction of his oeuvre. They are ingenious templates for experimentation, even in the 21st century, and Beethoven is undoubtedly one of the great improvisers of Europe’s music history, approaching everything with passion, imagination and the will to create something new. Without Beethoven, today’s music would sound different – it’s jazz too. Rainer Böhm and Patrice Héral accompany and guide me through the formative oceans of Beethoven’s world. Together with them I want to transport Beethoven’s musical expression to the modern day in the true tradition of the man, with a will to in some way make it my own. I can’t think of any place I would rather sail right now. My Beethoven.