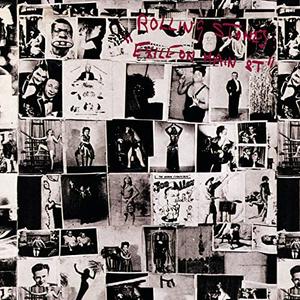 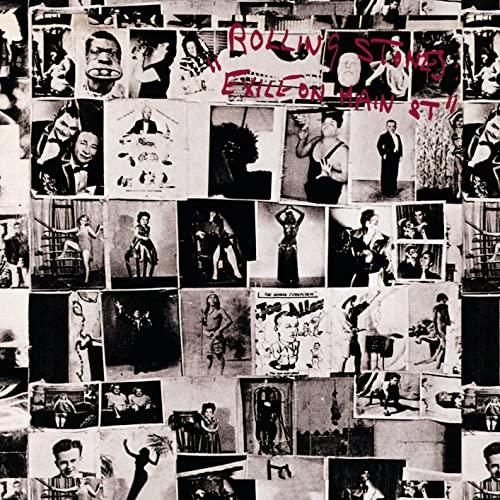 Regarded as one of the greatest albums in Rock 'n' Roll history and one of the most defining of the Stones' catalogue.

Upon its release more than three decades ago, 'Exile on Main Street' innovatively wove varying musical genres, instruments and even artists into a compelling rhythmic masterpiece. This new compilation features 10 tracks originally recorded during the Exile era and only recently discovered while working on the reissue project. The unearthed tracks which include such titles as 'Plundered My Soul', 'Dancing in the Light', 'Following the River' and 'Pass The Wine' have undergone a unique evolution, while staying true to the essence of the 1972 album. Alternate versions of 'Soul Survivor' and 'Loving Cup' also are a part of the Exile bonus materials.

The original 18-track double-album was recorded in various stages at multiple locations, including Olympic Studios in London, Keith Richard’s mansion Nellcote in France, and in Los Angeles where the literal 'Main Street' influenced the album title. These atypical circumstances surrounding the recording process greatly affected the album’s outcome which was highly reflective and influenced by the sociopolitical turbulence that marked the late `60s and early `70s. The Stones nixed the influences of a flower-child era and directed their creative process with the edgier, excessive, "more is more2 approach of the `70s. Exile reveals a sprawling mix of genres with undertones of blues, country, R&B and gospel mixed with lyrics that fervently demand for release and liberation.

The album pulled together an electric array of talent including Dr. John, the late Billy Preston and pianist Nicky Hopkins. Guitarist Mick Taylor, who replaced Brian Jones in the band shortly before Jones died in 1969, is a magnificent blues player who brought an intensity and elegance to these epic tracks. At times, these musicians and others lived on the recording studio premises with the band creating an extremely open and creative collaboration for the album.

The album’s riveting portrait of artists pushed – by the times, by themselves – to the very limits of their creativity has provided inspiration to every musical generation that has come along since Exile was released in 1972", said author Anthony DeCurtis. "Every song on Exile on Main Street is elevated by its relationship to the music that comes before and after it. The album’s irresistible power is unlikely to diminish any time soon"

"Greeted with decidedly mixed reviews upon its original release, Exile on Main St. has become generally regarded as the Rolling Stones' finest album. Part of the reason why the record was initially greeted with hesitant reviews is that it takes a while to assimilate. A sprawling, weary double album encompassing rock & roll, blues, soul, and country, Exile doesn't try anything new on the surface, but the substance is new. Taking the bleakness that underpinned Let It Bleed and Sticky Fingers to an extreme, Exile is a weary record, and not just lyrically. Jagger's vocals are buried in the mix, and the music is a series of dark, dense jams, with Keith Richards and Mick Taylor spinning off incredible riffs and solos. And the songs continue the breakthroughs of their three previous albums. No longer does their country sound forced or kitschy – it's lived-in and complex, just like the group's forays into soul and gospel. While the songs, including the masterpieces "Rocks Off," "Tumbling Dice," "Torn and Frayed," "Happy," "Let It Loose," and "Shine a Light," are all terrific, they blend together, with only certain lyrics and guitar lines emerging from the murk. It's the kind of record that's gripping on the very first listen, but each subsequent listen reveals something new. Few other albums, let alone double albums, have been so rich and masterful as Exile on Main St., and it stands not only as one of the Stones' best records, but sets a remarkably high standard for all of hard rock." (Stephen Thomas Erlewine, AMG)