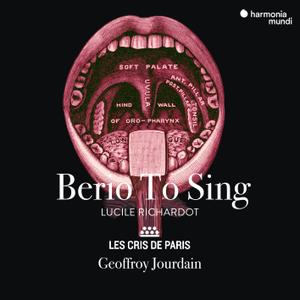 Few 20th-century creators have been as inventive as Berio in their relationship to the history of music, popular and ancestral traditions, drawing its material from the Beatles' hits, street and market soundscapes. Geoffroy Jourdain paints a portrait of an explorer who is passionate about the human voice. Truculent and eruptive in the Sequenza III, performed with panache by Lucile Richardot, lyrical and caressing in E si fussi pisci, solemn and mesmerizing in the Cries of London… this Berio To Sing opens the doors to a colorful universe, wildly playful and in a word: rejoicing!