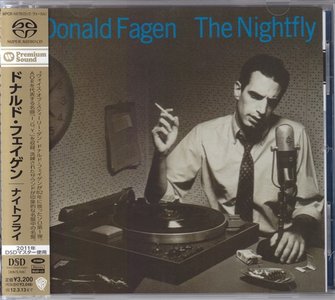 The Nightfly is the debut solo studio album by American singer-songwriter Donald Fagen. Fagen was previously best known for his work in the group Steely Dan, with whom he enjoyed a successful career in the 1970s. The band separated in 1981, leading Fagen to pursue a solo career. Although The Nightfly includes a number of production staff and musicians who had played on Steely Dan records, it was Fagen's first release without longtime collaborator Walter Becker.
Donald Fagen Michael Brecker Randy Brecker Rick Derringer Anthony Jackson Multichannel SACD
Details
Publication archive