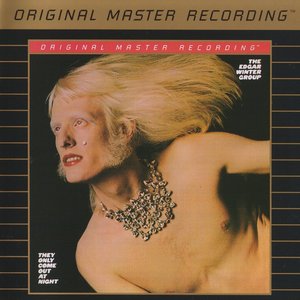 They Only Come Out at Night is the third studio album by Edgar Winter and the first by the Edgar Winter Group. A commercial hit, the album reached the #3 slot on the Billboard 200 chart and also features two of the band's biggest songs: "Frankenstein" and "Free Ride". Musically, besides the country track "Round & Round", the album features a mixture of mostly blues rock and boogie woogie induced rock in a generally carefree and upbeat sound.
Edgar Winter The Edgar Winter Group MFSL SACD
Details
Publication archive