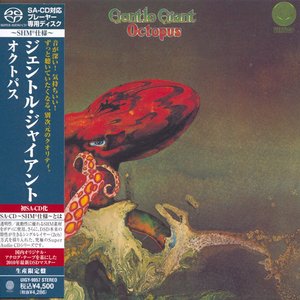 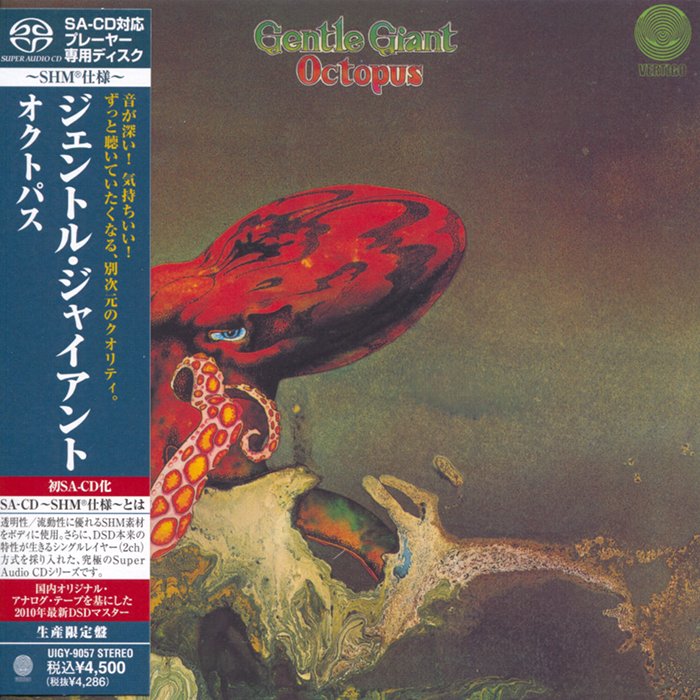 
Octopus is the fourth album by British progressive rock band Gentle Giant. It was the band's last album with founding member Phil Shulman and the first with new drummer John Weathers, who would remain with the band until their dissolution in 1980. Octopus remains a highly regarded example of the progressive rock genre and is generally considered to represent the start of the band's peak period.

Returning to Gentle Giant's fourth album after any kind of lengthy absence, it's astonishing just how little Octopus has dated. Often written off at the time as a pale reflection of the truly gargantuan steps being taken by the likes of Jethro Tull and Barclay James Harvest, the band's closest relatives in the tangled skein of period prog, Gentle Giant often seemed more notable for its album art than its music. Octopus, however, marries the two seamlessly, with the cover speaking for itself, of course. And the mood continues within, the deliciously convoluted opening "The Advent of Panurge" itself riding waves of sonic tentacles as Gary Green's guitar shrieks short but so effective bursts around the thundering bass and, occasionally, churchy organ. Against the pulsating volume of the album's heavier tracks – "Panurge" is joined by "A Cry for Everyone" – the band's excursions into less excitable territory are never less than captivating. Twiddly though they are, the sometimes a cappella "Knots," the lilting "Dog's Life," and the Yes-with-fiddles-ish "Raconteur Troubadour" all have moments of sublime sweetness, while the instrumental "The Boys in the Band" is a succession of quirky showcases for, indeed, all the boys. Occasionally arrangements do get overly cluttered – with each of the six bandmembers doubling up on at least three different instruments, there's a distinct sense of overdubs for overdubbing's sake. Follow the key instruments alone, however, and the soundscapes not only make perfect sense, but so do the flourishes and intrusions that rattle around. And the end result is an album that has withstood the test of time a lot better than anyone might have expected.