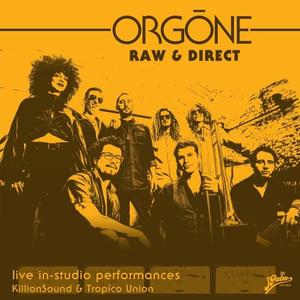 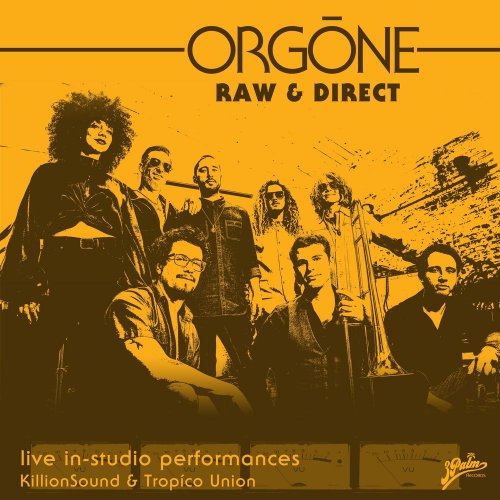 With a lively, evocative set of covers and original material, Los Angeles-based ensemble Orgone brought new attention to the funk revivalist and jam band circuits when they launched their recording career with Ubiquity Records in the mid- to late 2000s. Orgone's sound hosts a myriad of groove-oriented styles, including but not limited to deep funk, '60s Memphis soul/blues, Fela-inspired Afro-beat, hip-hop, Latin jazz, and electronic dance and house. Many of the band's musicians started playing together in the early '90s, but Orgone did not develop into a tight-knit ensemble until the end of the decade. The core lineup of the band eventually came to consist of Sergio Rios (guitar), Dan Hastie (Rhodes, clavinet, Hammond B-3 organ), Sean O'Shea (drums), Ethan Phillips (bass), Stewart Killen (various percussion), Darren Cardoza (trombone), Devin Williams (trumpet), and Joel Bowers (saxophone). Other than working live jam sessions, Orgone mainly backed hip-hop acts on tour or in the studio until around 2001, when bandmembers saw vocalist Fanny Franklin perform with L.A.-based hip-hop orchestra Dakah. With Franklin added to the mix, the funk jam band was more eager to make its own recordings, cutting one of its earliest songs, a cover of the Beginning of the End's '70s funk hit "Funky Nassau," for Ubiquity compilation Rewind! 4 (2004). While Orgone served as the on-stage band for the likes of Little Brother, the Pharcyde, Pharoahe Monch, and Tone-Loc, Ubiquity issued their I Get Lifted 12" and The Duck Gravy 7" in spring 2007. All of these singles appeared on The Killion Floor, released later that year. In 2010, Orgone re-emerged with their sophomore effort, Cali Fever, and issued their first all-instrumental effort, Killion Vaults.
© Cyril Cordor /TiVo