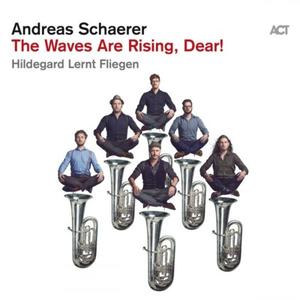 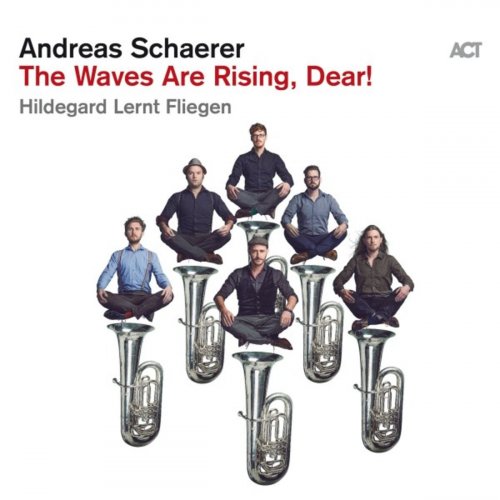 Andreas Schaerer’s recent projects have established him at the forefront of the creative jazz scene in Europe. The Berne-based artist’s debut on the label, the revolutionary orchestral work "The Big Wig", a commission from the Lucerne Festival, was followed by a quartet formation with Michael Wollny, Vincent Peirani and Emile Parisien, “Out of Land”, and most recently by an album with another quartet, “A Novel of Anomaly”. This succession of highly contrasting releases have shown that Schaerer is not a jazz singer in any conventional sense: he is a vocal artist capable of imitating almost every instrument or sound with his voice. He covers all kinds of vocal styles from crooning to operatic tenor, and he is able to juxtapose them all in a completely individual way. Now, having lain dormant while Schaerer pursued these other endeavours, the band that first put him on the map, Hildegard Lernt Fliegen (Hildegard learns to fly) is back in business.

Hildegard Lernt Fliegen made a mark outside Switzerland with an appearance at Jazzahead in Bremen in 2012 followed shortly afterwards by winning the BMW World Jazz Award in Munich. Audiences responded enthusiastically to the band’s complex compositions which were always full of surprises and had a way of completely transcending style and genre, and also left plenty of room for improvisation. There was always plenty of irony and humour, plus the opportunity to marvel at Schaerer's solo escapades. Fans of the old ‘Hildegard’ are faced with a very different prospect with the new album “The Waves are Rising, Dear!". As the title of the album suggests, it is a more serious work, a concept album, on which Schaerer has taken the band's characteristic sense of instrumental playfulness, combined it with his own, almost classically clear vocal timbre, produced without any trickery. And he has put both of these elements to the service of poetry and to the task of thinking about things more deeply.

"Our last album with just the band was six years ago, and we have moved on since then,” comments Schaerer, giving the background to the change of approach. “We live in times that are full of possibilities but there are also tensions, and we face big questions and challenges. The confluence of all these external factors has influenced the work of composition, the lyrical content, and music in general as I hear it today." However, the songs do still keep their secrets and Schaerer wants to leave some level of ambiguity in place: "Each piece is based on very specific personal thoughts. But I don't want to comment on them too explicitly, and would rather leave the listener the scope to reach their own interpretation. The album is deliberately conceived in such a way that a listener can bring their own stories. Maybe even their entire life-history can become part of the dramaturgy" says Schaerer.

“The title can be read in a socio-critical way, or philosophically, or metaphorically, or emotionally – or even erotically if one wants." The subject-matter is at its most unambiguous in "Symptoms, Causes And Treatments", with lyrics about freedom and destiny commissioned by Schaerer from UK saxophonist, rapper and versatile thinker Soweto Kinch. "We have known each other for years, I really appreciate his take on things, so I asked him for a text based on questions I sent him about issues that concern me. And I'm very happy with what he came up with."

A completely different high-point of the album is "Embraced By The Earth". Vincent Peirani, the exceptionally fine accordionist and also a friend of Schaerer’s, appears as guest on this track, and the vocalist also sings a moving duet with Jessana Némitz, an extremely promising young Swiss singer. At any event, the range of possibilities for musical expressiveness has grown once again, whether in the neoclassical poise of "Dripping Point" which serves as the introduction to the album, or the title track which has a real spring in its step, or the dramatic "Irrlicht" with its Sprechgesang and devilish wordplay, or the avant-garde miniature "Water". The Waves are Rising, Dear!" is an ambitious, thought-through piece designed to be listened to at one sitting, and it has an overall structure and a dramaturgy that are strong and convincing.

The band plays a more important role than ever. Benedikt Reising’s baritone saxophone and bass clarinet, the saxophones/flute of Mattias Wenger, the trombone and tuba of Andreas Tschopp, the bass of Marco Müller as well as the drums/marimba of Christoph Steiner – all of them have far more space to work with here than previously, and are able to create a compelling and exciting tapestry of sounds on "The Waves are Rising, Dear!". This is a band of virtuoso players who have all established themselves in the European jazz scene with their own projects and bands in recent times. For these musicians, Hildegard Lernt Fliegen, and one can truly hear it, represents a return to their roots, to a source of strength which is built upon firm long-term friendships, and from many years of working together as musical partners. The final track, the four-part "Love Warrior", is the best demonstration of how Hildegard Lernt Fliegen’s past and present have coalesced into one. The band’s new approach – lyrical, pensive and carrying emotional heft – merges with the storminess and the cheerful irony of their earlier years. And one can also hear a message of hope, in which one thing is certain: Hildegard Lernt Fliegen have re-emerged as one of the bands who will be shaping the future course of European jazz.