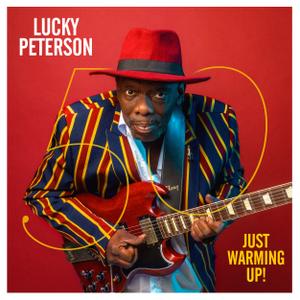 50 - Just Warming Up! Is the new album from American blues legend and multi-instrumentalist Lucky Peterson - one of the most riveting performers of the modern blues era. A searing lead guitarist, a rich and powerful organist, and a first-rate vocalist, Lucky's musicianship effortlessly translates gospel, rock, and jazz into a 21st century blues. Many reminisce about the bygone days of the blues, but it's flame still burns hot here in the hands of Lucky Peterson! 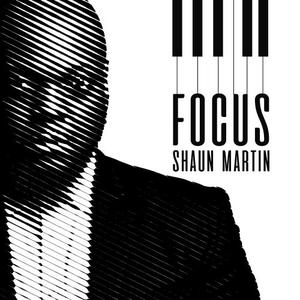 From the Snarky Puppy golden days to his solo release, 7 Summers, we have always been (and will remain) huge fans of the style, grace, and versatility that Shaun Martin brings to the piano in its many forms. From delicate riffs to dance party rhythm, Shaun expresses himself with perfect comfort and brings the power when the setting calls for it. So we are proud to announce Focus - the new album from the Shaun Martin Trio. This time Shaun returns to the piano and the roots of the Jazz Trio with longtime collaborators AJ Brown and Jamil Byron. 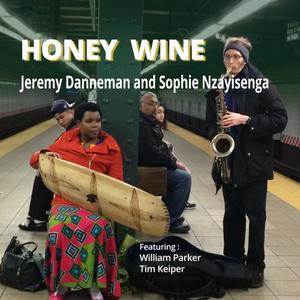 Honey Wine is the first of two albums, years in the making, featuring special guest Sophie Nzayisenga. Sophie is a vocalist and the only professional female inanga player in the world. The inanga is a ten string zither-like instrument so rare there isn’t even a wikipedia page for it. We are also joined by legendary jazz bassist and multi-instrumentalist William Parker and percussionist Tim Keiper who has toured internationally with Vieux Farka Toure, Cyro Baptista, Matisyahu, and many others.
Jeremy Danneman Ropeadope Jazz
Details 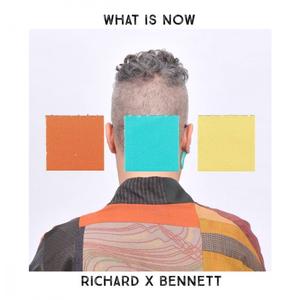 Richard X Bennett - What Is Now (2017)
FLAC (tracks) 24-bit/48 kHz | Time - 52:10 minutes | 571 MB
Studio Master, Official Digital Download | Artwork: Front cover
Since moving to New York from his native Toronto in the 1990s, pianist and composer Richard X Bennett has thrived as a performer in a broad variety of stylistic contexts. Splitting his time between New York and Mumbai, he released a series of acclaimed albums on several Indian imprints, with his last two on Times Music, India's largest label. Until now, however, Bennett had yet to put an album out on an American label. On October 6, a dual release by Ropeadope Records will mark the pianist's first American recordings the trio date What Is Now and the Indo-jazz quintet session Experiments With Truth. Bennett displays his loose, percussive, and conversational instrumental style on the trio album. The raga-infused music on the quintet album is something else again, as stylistically remote from his trio opus as the Big Apple is from Bollywood.
Richard X Bennett Ropeadope Jazz
Details 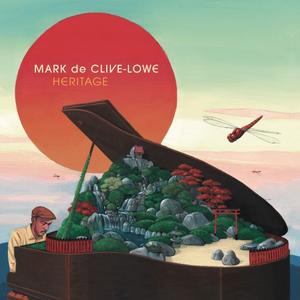 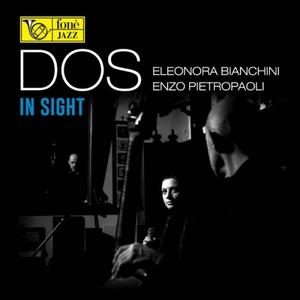 Enzo Pietropaoli & Eleonora Bianchini - IN SIGHT (2016)
FLAC (tracks) 24-bit/96 kHz | Time - 55:40 minutes | 1,06 GB
Studio Master, Official Digital Download | Artwork: Digital Booklet
The second stop on the musical journey of Dos, took us to a new place where the third element of the group, acoustics, has changed. All this has given us new emotions and different stresses in our relating with sound. It was a stimulating and constructive challenge as was our first album. Yet another "snapshot" of an unrepeatable moment and authentic. Recording an album with Fonè represents a tough and exciting challenge. It's a way of recording that allows you to capture the magic and fragility of the music, which in turn should be used with extreme care and precision.
Enzo Pietropaoli Eleonora Bianchini Fone Records Jazz
Details 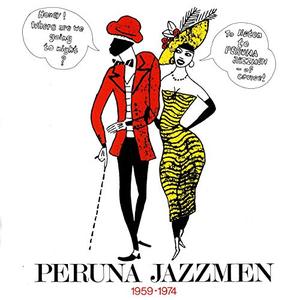 Peruna Jazzmen - 1959-1974 (1974/2020)
FLAC (tracks) 24-bit/96 kHz | Time - 45:14 minutes | 925 MB
Studio Master, Official Digital Download | Artwork: Front cover
Peruna Jazzmen is a danish jazz band founded in 1959. They play genuine, classic 1920's jazz music as by Louis Armstrong, Jelly Roll Morton, Joe King Oliver, Clarence Williams and others among the founders of Jazz. The band was voted no. 1 in traditional jazz contests in Dunkerque and San Sebastian. Peruna Jazzmen was also voted one of the World´s 3 best bands within the style at a jazzology election in the USA. This compilation features music from the band's inception up until its release in 1974. A legacy recording for lovers of jazz throughout the ages!
Peruna Jazzmen Storyville Records Jazz
Details 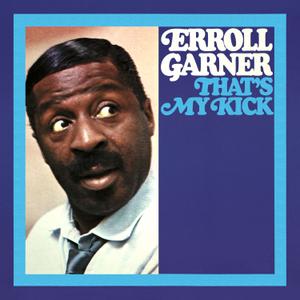 Erroll Garner - That's My Kick (Octave Remastered Series) (2020)
FLAC (tracks) 24-bit/96 kHz | Time - 39:50 minutes | 744 MB
Studio Master, Official Digital Download | Artwork: Front Cover
'That's My Kick' was Erroll Garner's first traditional studio album in five years and perhaps his most ambitious album ever as a composer. The selections were surely inspired by the new array of musicians assembled for the sessions, including percussionist José Mangual, who would go on to play with Garner for rest of his career. The electric atmosphere captured on tape here is at times raucous and always palpably joyful.
Jazz Mack Avenue Records Remastered
Details 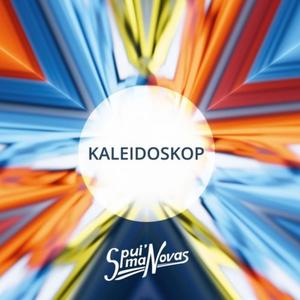 SpuimaNovas - Kaleidoskop (2020)
FLAC (tracks) 24-bit/44.1 kHz | Time - 45:15 minutes | 526 MB
Studio Master, Official Digital Download | Artwork: Front cover
Kaleidoskop the new album by Stefan Straubinger is a foray through various musical styles with his band Spui´maNovas. As when looking through a kaleidoscope, a wide variety of musical facets can be heard side by side. The Bavarian roots of the music of Spui´maNovas shine through in every piece of music. Music is played with a variety of old and modern instruments from Jew's harp to bandoneon, bagpipe, hurdy-gurdy, saxophone, double bass and drums. In addition to the family combo consisting of Eva, Stefan, Fridolin and Dominik Straubinger, the guest musicians Niko Schabel and Georg Karger.
SpuimaNovas Galileo Music Communication Jazz
Details 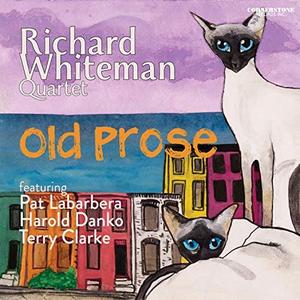 Richard Whiteman - Old Prose (2020)
FLAC (tracks) 24-bit/44.1 kHz | Time - 64:44 minutes | 737 MB
Studio Master, Official Digital Download | Artwork: Front cover
Toronto native Richard Whiteman is an extremely versatile player, fluent in styles ranging from the stride masters of the twenties, through Bud Powell and Bill Evans, to modern giants like Keith Jarrett and Herbie Hancock. As a leader, he has released five CDs (with a sixth on the way), and has received raves from as far away as Japan, where his “GROOVEYARD” disc was rated one of the Top 500 Jazz Piano Trio records of all time.
Richard Whiteman Cornerstone Records Jazz
Details 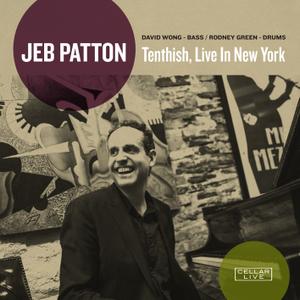 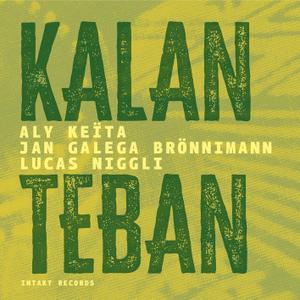 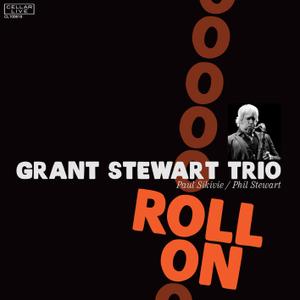 Grant Stewart Trio - Roll On (2017/2020)
FLAC (tracks) 24-bit/88.2 kHz | Time - 49:16 minutes | 956 MB
Studio Master, Official Digital Download | Artwork: Front Cover
Hot on the heels of his vinyl release for Cellar Live in 2015, New York saxophonist Grant Stewart returns with his trio for Roll On. Stewart's lyrical tenor is at the forefront of a 9-song set that includes music from bebop masters like Elmo Hope and Fats Navarro, as well as beautifully arranged interpretations of standard material. The album is a steady burn from the first beat to the last.
Cellar Live Jazz
Details 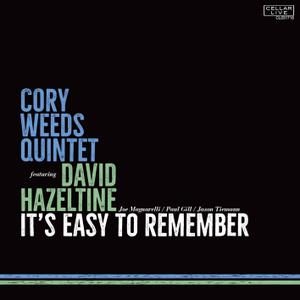 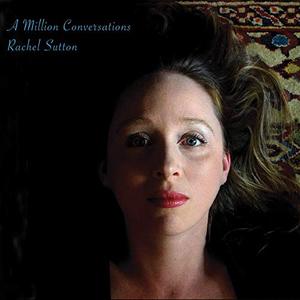