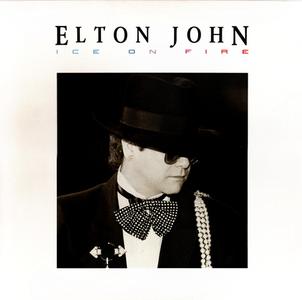 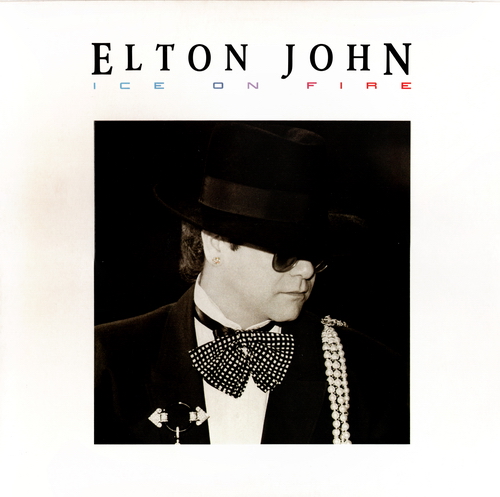 Sandwiched between 1984's Top 20 hit Breaking Hearts and 1986's commercial disaster Leather Jackets, 1985's Ice on Fire is a forgotten Elton John effort. While it is hardly a masterpiece – it isn't even up to the standard of such '80s efforts as Too Low for Zero – it's still an enjoyable record, living proof of the power of professionalism. John was riding high on his comeback of the early '80s and ready to turn out another record. And that's what Ice on Fire is – another Elton John album, in the best possible sense. Sure, it does mark the reunion of John and lyricist Bernie Taupin with producer Gus Dudgeon, who helmed John's greatest recordings, but you'd never know it from the sound of the record. Ice on Fire is pure 1985, heavy on synthetic drums and keyboards – the kind of record where Davy Johnstone is credited with guitar, but it never sounds as if there's a guitar on the record, or any other "real" instrument, for that matter. That's not really a criticism, since John always made state-of-the-art records, so it should come as little surprise that this sounds like its time; it's sort of fun, in a way, since it instantly brings back its era. The biggest complaint is that much of the record never rises to the level of memorable. The two singles, the cold-war ballad "Nikita" and the George Michael-featured "Wrap Her Up," are the strongest items here, but even those are rather disposable. The rest of the album shares the same sparkling, canned production, and a few songs could have held their own on the Top 40, but much of it is just average Elton.

Elton John in my Blog