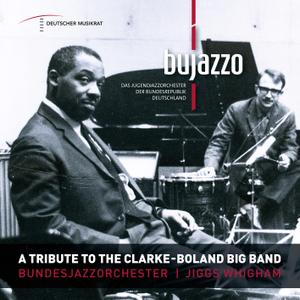 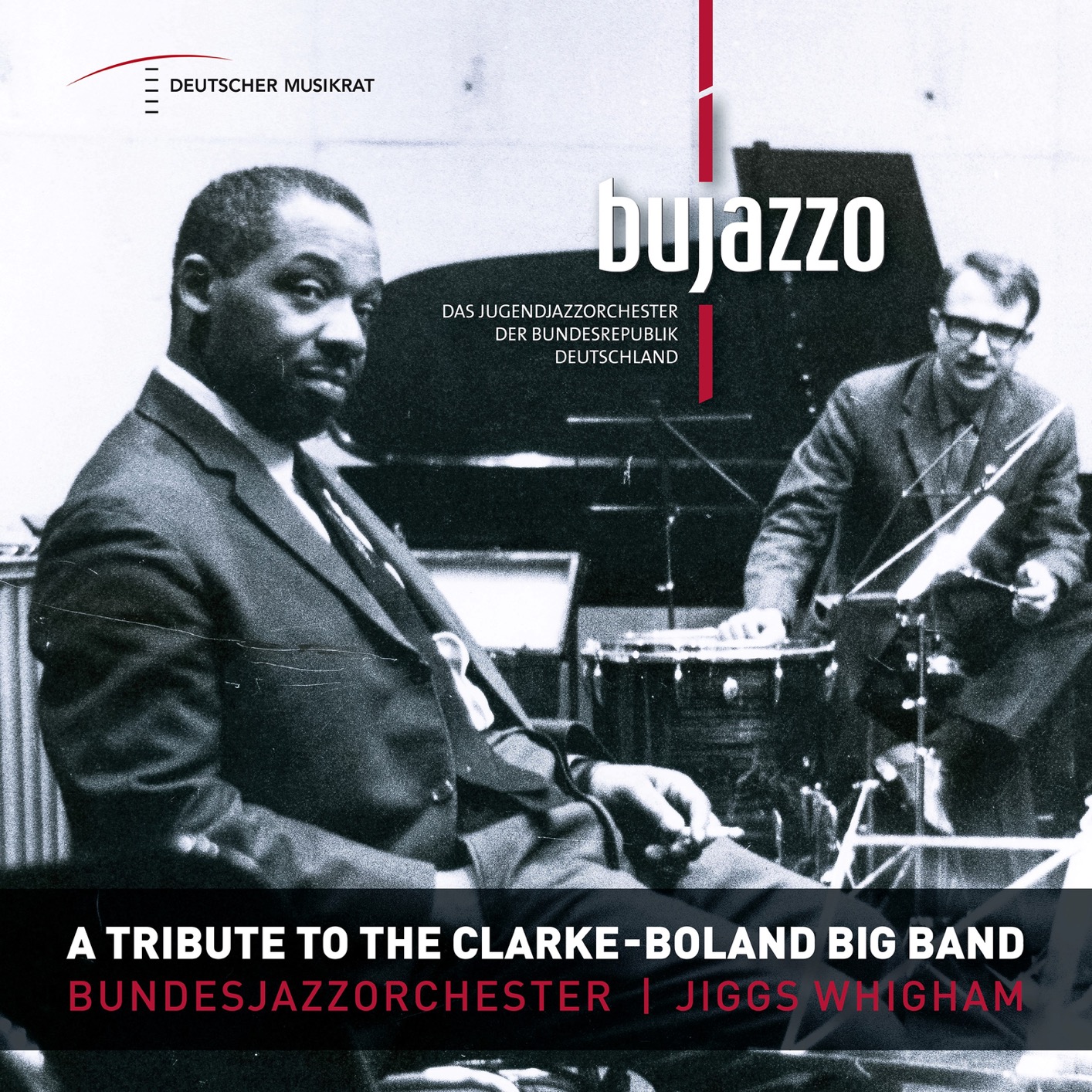 The Federal Jazz Orchestra, abbreviated and affectionately named BuJazzO by many, pays tribute to the legendary Clarke-Boland Big Band on its new album. The legendary international ensemble existed from 1961 to 1972 in Cologne and was led by American drummer Kenny Clarke and Belgian pianist, composer and arranger Francy Boland.

The Clarke-Boland Big Band was formed on the initiative of Pierluigi “Gigi” Campi, who was born in Italy and lived in Cologne as well as promoted and produced the band. Campi's estate contained several boxes full of original notes from the Clarke-Boland Big Band, which Campi's family bequeathed to the Federal Jazz Orchestra. Two years ago, the orchestra devoted itself to this treasure. Trombonist Jiggs Whigham, who led the Federal Jazz Orchestra from 2011 to 2020 together with saxophonist Niels Klein, chose the repertoire. After an intensive rehearsal phase, the Federal Jazz Orchestra gave twelve concerts in Germany, from whose recordings the album is composed.

“The Clarke-Boland Big Band was an international jazz orchestra at its best,” Jiggs Whigham said who is still enthusiastic about the orchestra. He lived in Cologne at the time and played with the band several times. “The mood in the band was always full of optimism, which was also due to the fact that most of the musicians were friends. There was a party atmosphere in this band every day.”

Providing a testimonial to this ensemble makes sense, because the Clarke-Boland Big Band was not only a gathering of exquisite soloists, but also thrived thanks to its leaders. American drummer Kenny Clarke, who was a founding member of the Modern Jazz Quartet and had played in various bands of Miles Davis, had lived in France since 1956. With his characteristic drumming, for which a penetrating beat on a large cymbal was indispensable, he relentlessly drove the band forward. Belgian pianist Francy Boland, who worked as an arranger in Paris and wrote for Count Basie and Benny Goodman in New York, was responsible for the Clarke-Boland Big Band's repertoire. He tended to compose songs extremely carefully, and consequently his style shaped the sound of the band.

“Boland’s compositions had that certain Francy touch, just fantastic,” Jiggs Whigham stated with enthusiasm. “He never composed too much either, as far as I know. His motto was: Let the musicians play, that's our concept. He knew exactly what his musicians could play, and that’s why it sounds so good.”

The Clarke-Boland Big Band, which began in the ice cream parlor of Gigi Campi as an octet and later grew to 21 members, quickly found an international audience, went on numerous tours and recorded 24 albums over twelve years.

The Federal Jazz Orchestra has now taken up this repertoire and provides an extensive cross-section through the great variety of the Clarke-Boland Big Band. In addition to Boland’s own compositions such as the cooking “Griff’s Groove”, the beautiful ballad “November Girl” and the artful “African Seeds”, his arrangements of standards such as “Dancing In The Dark”, “Smoke Gets In Your Eyes” and the blues “The JAMFs Are Coming” by Johnny Griffin are characterized by a high degree of originality.

“Francy takes this old standard ‘You Stepped Out Of A Dream’ and turns it into something completely new,” Jiggs Whigham explained. “It’s alive, and you hear pure sounds.”

Since the members of the Federal Jazz Orchestra are constantly changing, despite it already existing for more than 30 years, the band can be attested a kind of eternal youth. It is fascinating to hear how this ensemble of young musicians, who are between 17 and 24 years old, appropriates the musical cosmos of the Clarke-Boland Big Band and skillfully brings this music, which is now almost 60 years old, into the present. The multi-award-winning ensemble sets a vital and pulsating monument to the Clarke-Boland Big Band.