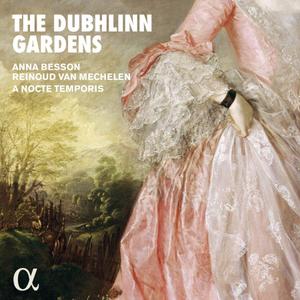 The Dubhlinn Gardens: an evening in the high society of 18th century Dublin, where traditional music was ‘civilising’ itself for the salon… This programme was inspired by the passion for traditional Irish music that flautist Anna Besson has felt since she was a child. Surprising as it may seem, it was playing the Irish flute that led her to study the baroque instrument… For the past few years Reinoud Van Mechelen too has begun to train himself in the traditional Irish song with Karan Casey and other singers who have specialised in the unaccompanied Sean-nós. This twofold practice of early as well as traditional music has led the ensemble A Nocte Temporis to offer a programme that is both vivacious and extremely touching. 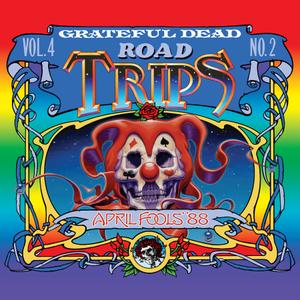 Road Trips Volume 4 Number 2 is a live album by the rock band the Grateful Dead. The 14th of the Road Trips series of archival releases, it was recorded on March 31 and April 1, 1988, at the Brendan Byrne Arena in East Rutherford, New Jersey. It was released as a three disc CD on February 1, 2011. Road Trips Volume 4 Number 2, subtitled April Fools' '88, includes the complete April 1 concert, along with the second set, encore, and two songs from the first set of the March 31 concert. It was only the second live Dead album that was recorded in 1988; the first was Grateful Dead Download Series Volume 5.The April 1 performance of Bob Dylan's "Ballad of a Thin Man" had been previously released on Postcards of the Hanging. 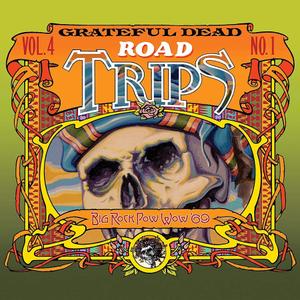 Road Trips Volume 4 Number 1 is a live album by the rock band the Grateful Dead. The 13th of the Road Trips series of archival releases, it contains two complete performances by the band, recorded on May 23 and 24, 1969. It was released as a three-disc CD on November 16, 2010. Road Trips Volume 4 Number 1 is subtitled Big Rock Pow-Wow '69. It was recorded at a rock festival called the Big Rock Pow-Wow, which took place on Friday, Saturday, and Sunday, May 23, 24, and 25, 1969, at the Hollywood Seminole Indian Reservation in West Hollywood, Florida. Other artists who performed at the festival included Johnny Winter, Sweetwater, Joe South, Aum, NRBQ, Rhinoceros, Muddy Waters, and the Youngbloods. At the end of the Saturday night concert, Timothy Leary spoke from the stage. 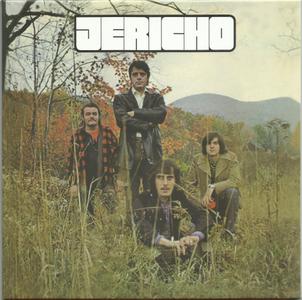 Hailed from Toronto, Canada and recorded this only album at Bearsville in Woodstock in 1971. The album was engineered and produced by Todd Rundgren. In some sense, they remind of famous major acts such as David Clayton Thomas and The Band. It is a nicely arranged blues rock, country rock with a bit of psychedelic mood. 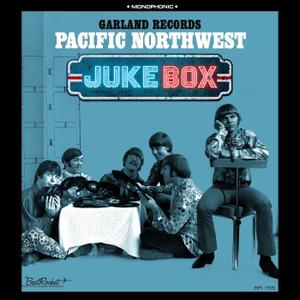 Rare and unissued Pacific Northwest floor fillers! While soul music might not be the first thing that comes to mind when you think of the music of the Pacific Northwest, Salem Oregon’s Garland Records was churning out high quality hip shakers along with their reels of garage & psych. Contained here is some super deep “Northwestern Soul,” including three cuts making their inaugural spins 50 years after they were put to tape. 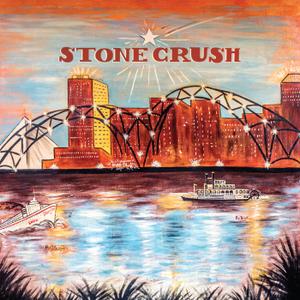 Memphis has always been a studio town, where making hit records looked easy. An unknown Elvis could walk into Sun Studios and cut a side, while Willie Mitchell worked his magic around the corner at the Hi Records studio. This vast studio ecosystem meant that even when Stax Records folded in 1975, everybody still knew somebody who could get them into a real recording facility. The city’s largest player in the business was gone, but the possibilities that it introduced were not.

The Future Sound of London - A Controlled Vista (2019) 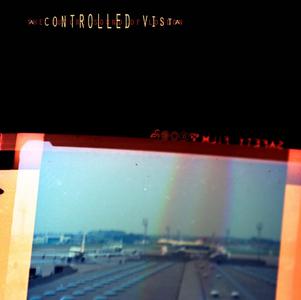 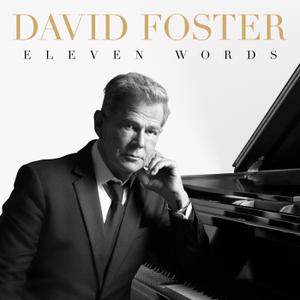 Eleven Words is a simple, yet complex piano solo album by David Foster. Primarily known for writing and producing megastars' huge, chart-topping hits, David steps back to his roots, seated at the grand piano and delivers emotional and meaningful piano melodies. 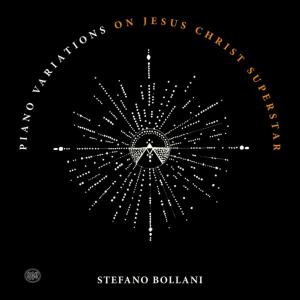 Stefano Bollani’s solo album ‘Piano Variations on Jesus Christ Superstar’ will be released on 3rd April 2020, 50 years after Andrew Lloyd Webber and Tim Rice’s original concept album. Bollani wanted his version of “JCS” to be completely different from whatever Broadway or London production: “I’ll choose the piano solo formula, because it’s a love affair between myself and this music.” He only sings one song, “Superstar”; the rest of the album is instrumental. Bollani, grateful for the exceptional permission granted to him to re-interpret the cult opera, has freely but respectfully approached the original songs by following his own playful wit, informed by the musical traditions, genres, styles and encounters that have shaped what is considered his very own idiom. For his version of Jesus Christ Superstar Bollani wanted a warm, mellow, profound, dense and clear piano sound. Hence the piano tuned at 432 Hz, which has allowed him to express the warmth and profundity of Lloyd Webber & Rice’s strong round film characters. 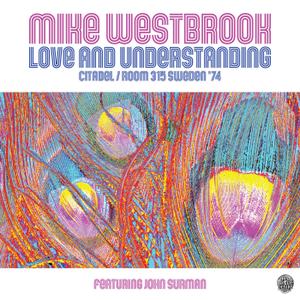 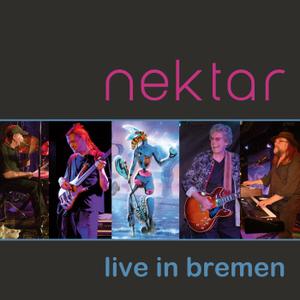 Concert-recording from 2015 at the Meisenfrei Blues Club in Bremen / Germany. 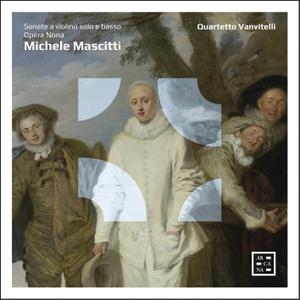 In 1738 the acclaimed violinist and composer Michele Mascitti (1664-1760) published in Paris his ninth collection of sonatas. The seventy-four-year-old Neapolitan musician was at the end of his long and celebrated career, but not of his creative powers. Dedicated to the Crozat family, which was to be Mascitti’s patron until the end of his life, the twelve sonatas for violin and bass op. 9 are fine examples of the graceful blend of Italian and French styles that made this composer so popular in France. With the world premiere of Mascitti’s op. 9, the Quartetto Vanvitelli carries on the rediscovery of this music that Hubert Le Blanc likened ‘to the warbling of the nightingale’. 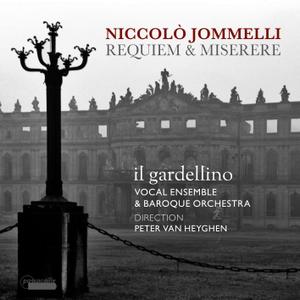 Niccolò Jommelli was one of the most sought after composers of his time, but finally accepted to become musical director at the court of Stuttgart in 1753. Three years later he composed his Requiem to commemorates the recent death of the Duchess von Württemberg, mother of his patron, the Duke Carl Eugen.. Despite the fact that Jommelli owed his fame almost exclusively to his operas during his lifetime, the Requiem became his most famous work after his death; the almost one hundred handwritten and printed copies of the entire work or fragments of it that have survived in some seventy libraries throughout Europe, some also in the USA, bear witness to this. Whilst the score and parts of the first performance have been lost, we can still form a reasonably good idea of the original instrumentation thanks to a surviving list of payments made to the musicians. We know that there were eight singers (one female and seven male) in addition to Jommelli. 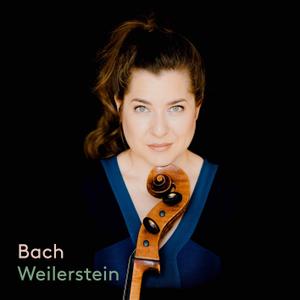 After her acclaimed PENTATONE debut with Transfigured Night, Alisa Weilerstein returns with a complete recording of Bach’s Cello Suites. These pieces present the highest mountain to climb for any cellist, and one of the most transcendent and rewarding experiences for listeners alike. With his suites, Bach crafted — essentially without direct precedent — a body of solo cello music that forever defined the genre and brought the Baroque cello on par with its more popular cousin, the viola da gamba. Since Pablo Casals put them in the limelight again after 150 years of relative oblivion, Bach’s suites have become the alpha and omega for generations of cellists. To Weilerstein, the joy of this music — vibrant, contemporary, unquestionably alive — is the joy of discovery. Having heard and studied these pieces for years, she now entrusts her interpretation to the listener. 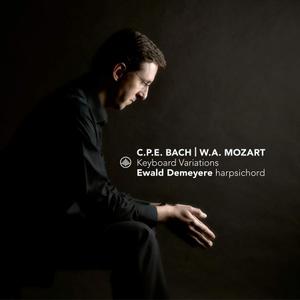 Ewald Demeyere performs Keyboard Variations by CPE Bach and Mozart on the harpsichord in what is an inquiring and original project. Demeyere shows us the two profoundly different styles from the composers in works dating from the same years.