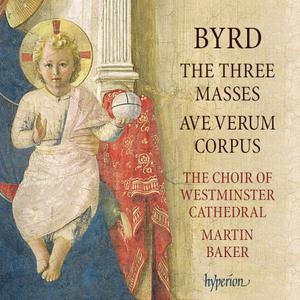 This new recording from Martin Baker and the Westminster Cathedral Choir features the three masses of William Byrd, paired with the Latin hymn Ave verum corpus. The album celebrates Byrd's Catholic liturgical music in two ways. Most obviously, it addresses great and timeless works. But at the same time it reminds us that the revival of Byrd's music in the late nineteenth century was pioneered by Roman Catholic church choirs. The recording celebrates a revival of Catholic choral traditions no less than it celebrates the works themselves.