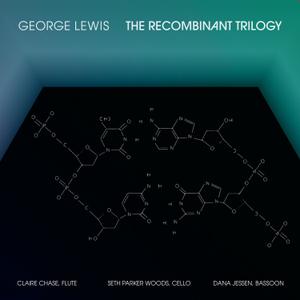 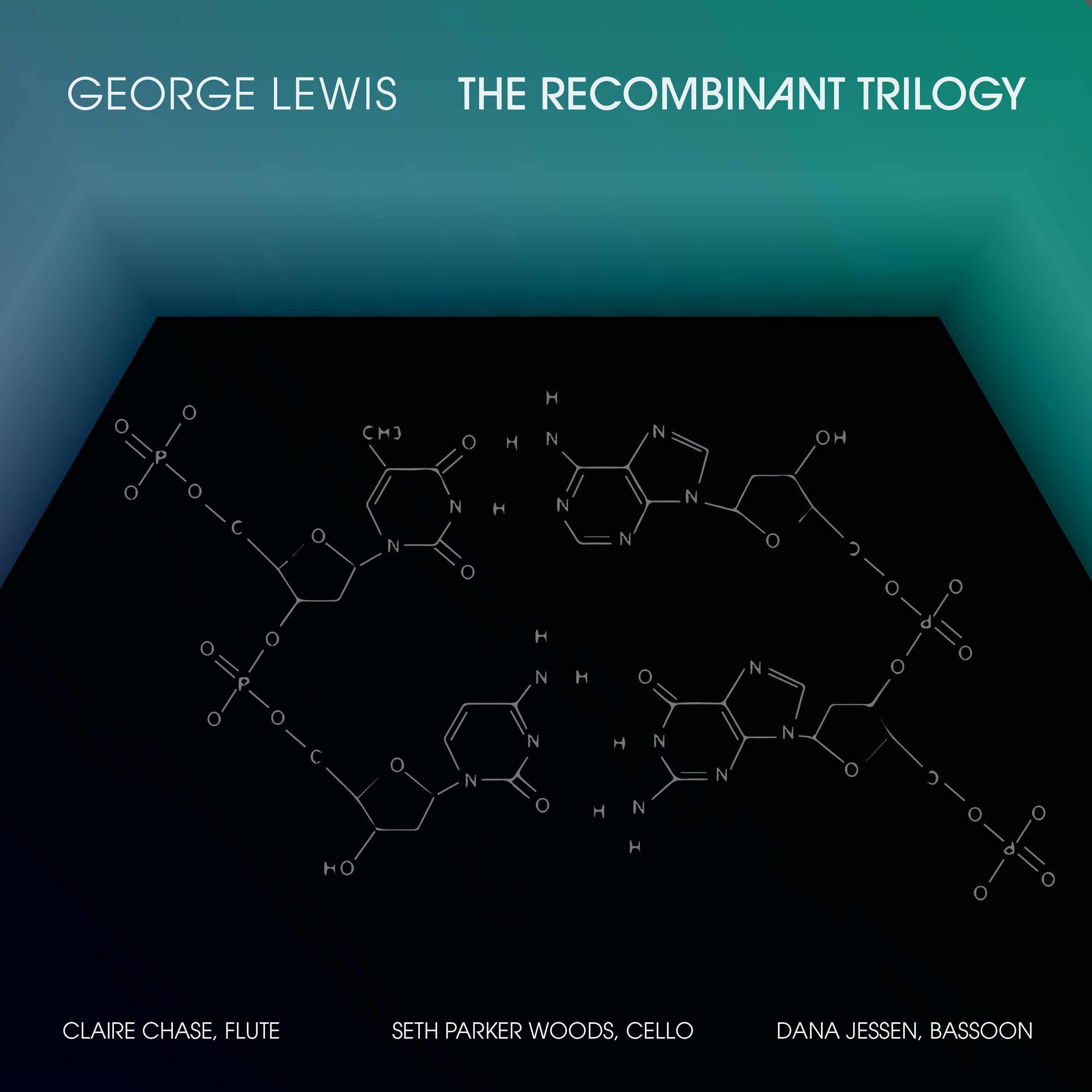 ioneering composer George Lewis releases The Recombinant Trilogy, an album consisting of three works for solo instrument and electronics that use interactive digital delays, spatialization and timbre transformation to transform the acoustic sounds of the instrument into multiple digitally created sonic personalities that follow diverse yet intersecting spatial trajectories. Featuring virtuosic soloists flutist Claire Chase, cellist Seth Parker Woods, and bassoonist Dana Jessen, doppelgängers are created that blur the boundaries between original and copy, while shrouding their origin in processes of repetition.

Composer, pioneer in computer music, scholar, improviser, and iconic member of the Association for the Advancement of Creative Musicians (AACM), George Lewis has had an enormous influence on the musical avant-garde. On February 5, he releases The Recombinant Trilogy, an album of three works for solo instrument and electro-acoustic forces, featuring flutist Claire Chase, cellist Seth Parker Woods, and bassoonist Dana Jessen.

The Recombinant Trilogy consists of three works for solo instrument and electronics that use interactive digital delays, spatialization, and timbre transformation to transform the acoustic sounds of the instrument into multiple digitally created sonic personalities that follow diverse yet intersecting spatial trajectories. Advancing a conversational aesthetic, albeit in nonimprovised music, in these works foreground and background deliberately conflate. Doppelgängers are created that blur the boundaries between original and copy, while shrouding their origin in processes of repetition. The software for all three works was created by Damon Holzborn in the Max programming platform.

Emergent (2013), the first work composed in the series, begins the album. This twelve-minute work was commissioned by and written for flutist Claire Chase for Density 2036, her long-term project to exponentially expand the contemporary flute repertoire. As the piece evolves, Lewis shapes its trajectory through varied timbres and spatialization, in response to Edgard Varèse’s 1936 introduction of a fourth dimension — "sound projection” — to music. The insistent, shrill percolation establishes a sonic ecosystem in which multiple flutes emerge to converse among each other, like a forest of bird twitter. Near the work’s midpoint, long swooping lines snake around each other, passing in and out of foreground and background, creating an undulating cascade, before we hear a recapitulation of the insistent opening motives. The piece subsequently travels through several contrasting sonic worlds, from guttural non-pitched extended techniques, to airy, hollow tones that recall blowing over an empty bottle, to poignant, lamenting descending gestures, like whale songs emerging and receding from the sea.

Not Alone (2014) was written for cellist Seth Parker Woods, and dedicated to cellist Abdul Wadud, a leading member of the Black Artists Group of St. Louis, whose 1977 solo album By Myself represents a landmark in the expansion of the expressive quality of the cello. Less depictive than Emergent, Not Alone revels in the joys of digital transformation; every sound provokes a digitized response that is sometimes only tangentially related to its acoustic origin, and multiple celli appear that sometimes produce a conversational quality. Near the ten-minute mark of this twenty-four minute work, ricochet bowings, glissandi, sul ponticello, and tremolos blur the lines between live instrument and processing, before still more extended electronic manipulation of the cello produces a cyborg’s understanding of what is human and what is machine. Register plays an important structural role, as the texture migrates to the upper regions of the cello’s range, or growls far below the normal compass of the instrument. The spatialization in Not Alone, animated by contour and repetition, produces an illusion of three-dimensional space inside the stereo image. A passage of swelling harmonics and a wryly humorous section of pizzicati and cartoon-like glissandi offer ethereal repose and comic relief in turn, culminating in a serene coda to the restless intensity of the piece.

The last and most recently written work in the collection, Seismologic, was written for bassoonist Dana Jessen in 2017, inspired by a seismologist colleague of Lewis at Columbia University. Of the three works on the album, Seismologic obscures the conventional sound production of the live instrument the most, relying on digital processing of a rich and exotic set of extended techniques that Jessen has cultivated to create an ultra-contrabassoon, a brass instrument, primordial fog horn-like sounds, wind effects that crash like waves in a storm, a flock of alien geese, or a bassoon/drum duo. Layered trills create swarm textures akin to a torrent of insects, while breath sounds processed by delays mimic the sound of several pistons firing in an industrial mechanism. Even in some of the most conventionally performed passages of the work, Jessen’s searing lines are immediately twisted into a house of mirrors of sound, swirling and circling around the primary voice. The landscapes evoked by the piece are often pensive and introspective, sometimes arid, but also exuberant or even violent, like the seismic movement of massive faults. At the end of the work, we hear mournful sighs and hissing interjections, perhaps a magnification of the glacial movements of seismic activity.