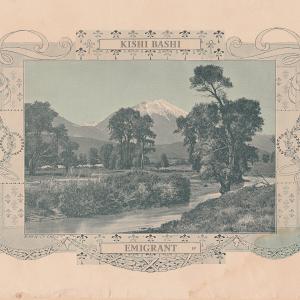 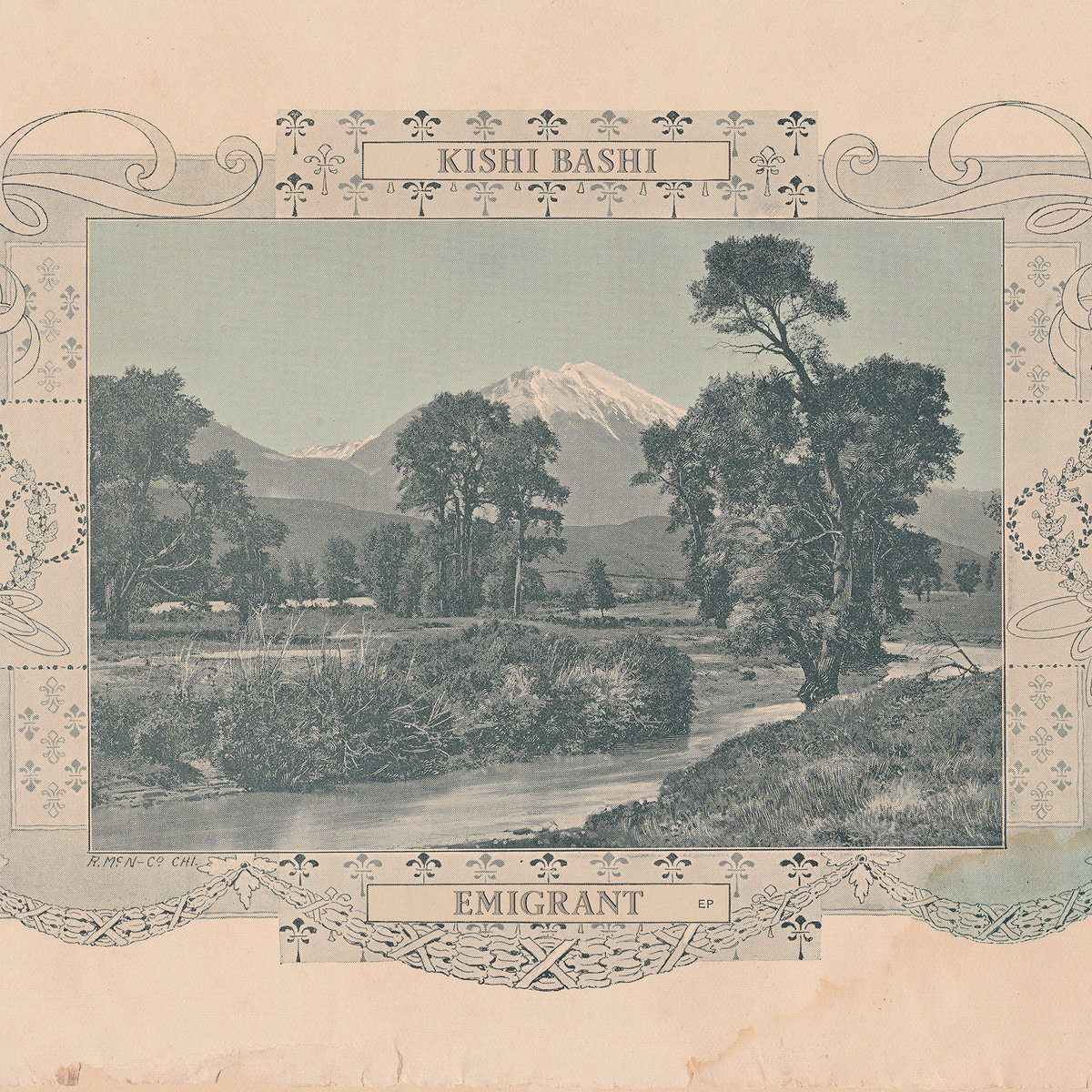 Kishi Bashi’s Emigrant EP is a lush bluegrass-inspired album referencing the brutal history and harsh climate of the American West. Arranged and recorded over the last year, Emigrant serves as a time capsule of the 2020 condition as it meditates on the anxieties of the COVID-19 pandemic, the comforts of nature, the pains of resource-fueled conflicts, and the resiliency that emerges from struggle. In grappling with history and stepping into personal identity, Kishi Bashi’s Emigrant is steeped in the past while it looks to the future.

Over the last several years, the critically-acclaimed composer and adventurous multi-instrumentalist Kaoru Ishibashi, better known as Kishi Bashi, has traveled frequently to Montana and Wyoming to work on Omoiyari, an upcoming “song film” about Japanese internment during WWII. Kishi Bashi’s accompanying 2019 album of the same name was a career-defining concept record lauded by NPR for its “profound empathy” and The New York Times for its “hand played yet exquisitely polished” qualities. It has been an emotional and creatively potent experience for Kaoru to spend time in the American West, speaking with internment camp incarcerees and descendents. Considering his own bicultural identity as the child of Japanese immigrants has come to influence Kishi Bashi’s approach to songwriting.

The songs for Emigrant emerged out of a socially-distanced 2020 road trip to this now-familiar region. Tours cancelled, Kaoru found himself with an abundance of free time, and mapped out a route for himself and his daughter that would take them from their home in Athens, Georgia, all the way to the west coast. Driving in a camper and posting up at RV parks, they moved through the Ozarks and the Dakotas, re-visited Montana and Wyoming, and finished in Oregon. In Montana, they stayed in a cabin in the EP’s namesake town. In Emigrant, 30 minutes from Yellowstone National Park and close to a historic goldmine, Kaoru was privy to a near perfect summer. But he also considered the long, cold winters that had tested many eras of inhabitants of the region, sensing a deep fragility of human life.

Armed with a guitar and speaker setup, he began to arrange and record demos of a patchwork of covers and originals. Kaoru wrote “Town of Pray” after reading a biography of Liver-Eating Johnson, a 19th century trapper and murderous hunter of people in the Crow tribe. Closely-hewn to an alt-country ballad, the song weaves a narrative of pain and betrayal that feels as stark as the region’s winters. “Cascades”, written at the conclusion of the trip in Oregon after avoiding a wildfire, features plucked banjo and a soft, plodding drumbeat. Steeped in this Americana instrumentation and with a cinematic fiddled interlude, the song includes Kaoru singing “Nagasareru”, a Japanese term meaning “to be washed away”.

Kaoru’s research for Omoiyari allowed him space to reflect on his own identity as a Japanese-American. This journey of discovery also gave him the freedom to gravitate towards roots music and fiddling, which he had never felt ownership over. “I’m not from Kentucky,” he laughs. “I’m not, like, from Ireland.” While studying at the Berklee College of Music with Matt Glaser, chair of the Americana division and a famed historian of jazz and bluegrass violin, he had learned about the blisteringly skilled Japanese bluegrass scene of the ‘60s and ‘70s. Remembering this history while writing the songs on Emigrant, Kaoru felt empowered to use his violin in a fiddle style, feeling a part of a hidden tradition that could move forward in his hands.

The wistful “Wait For Springtime” couples with a cover of Dolly Parton’s “Early Morning Breeze”. Centering slide guitar and a chorus of backup vocals singing ecstatically about the “rainbow colored flowers” and “drops of morning dew”, Kaoru plays up the country & western psychedelica of the original 1971 hit. “For there among the flowers, I kneel gently to my knees / To have a word with God in the early morning breeze,” he sings. A conversation with God features on Emigrant’s other cover, Regina Spektor’s haunting “Laughing With”. “No one laughs at God in a hospital” begins the song, a line newly relevant among the medical crises and partisan fervor of 2020. Kaoru played in Spektor’s band as a young musician, and he would watch her intently during shows, learning how to write songs and then perform that connected with people. As a solo artist experimenting with looping and beatboxing, the meticulous classically-trained Kaoru became entranced by the librerating energy that could be stoked in a live performance. Upon returning to Athens, he chose to record Emigrant live to 2-track tape. He chose to work with two frequent collaborators, banjoist Mike Savino (aka Tall Tall Trees) and cellist Emily Hope Price, also enlisting upright bassist Andrea DeMarcus and guitarist Dave Kirslis of the Athens indie-folk duo Cicada Rhythm. He and his bandmates wore masks between takes as Kaoru switched between guitar and violin, weaving a tight tapestry of sounds.

Traveling the U.S. western states and conceptualizing Emigrant, Kaoru was awash in the lonely vastness of the landscapes and the histories of colonial oppression and frontier struggle. But he also sensed a hope and potential, even in the midst of a raging pandemic. In looking back to the past, he saw strains of humanity, compassion, and resilience. In Emigrant, Kishi Bashi celebrates these qualities. “I want to understand the history, but also dive in and really try to humanize it,” he says. “I’m trying to show how we're all the same type of human being. We have the same desires and needs, to protect our loved ones and also to celebrate the everyday.”