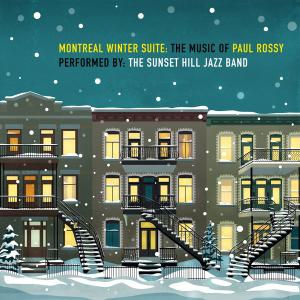 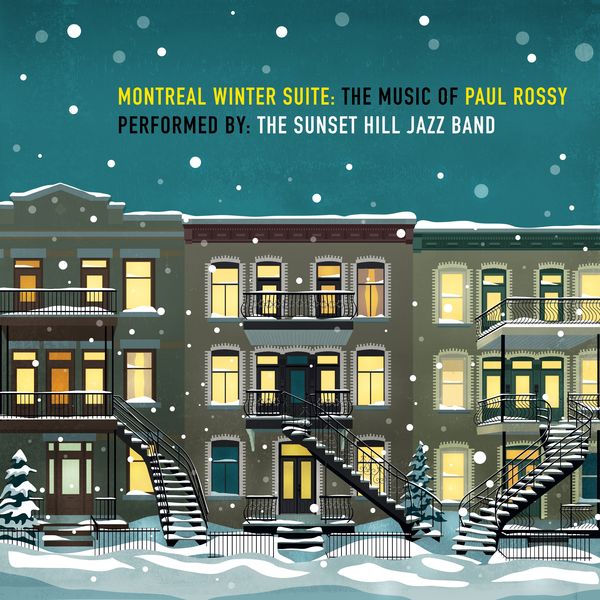 Pediatrician and singer-songwriter Paul Rossy, joined by the Sunset Hill Jazz Band, introduces his first Christmas album: Montreal Winter Suite.
Last year, Dr. Rossy released a children’s Christmas book, Mary Christmas/Marie Noëlle, featuring illustrations by Janique Crépeau. Inspired by the holiday season this year, he wrote a Christmas song: My Little Christmas Star. As with previous albums, Paul chose to collaborate with the Sunset Hill Jazz Band; and the project evolved into a six track EP, to be released this Friday, November 27th.
The members of the Sunset Hill Jazz Band worked together at Studio Planète, (carefully respecting public health guidelines), and created, in a single day, 6 new songs; all of which were inspired by Paul Rossy's song My Little Christmas Star. Under the direction of Mark Nelson for arrangements, and Paul Rossyfor co-direction, the musicians were encouraged to each put their creative stamp on the work.
After writing My Little Christmas Star, and recording a first version, I asked Mark Nelson, drummer of the Sunset Hill Jazz Band, to write some jazz arrangements for the song. The band recorded several versions in the studio, and the result of that session became Montreal Winter Suite -6 jazz songs that each start with a common melody, then diverge to showcase the talented ensemble of musicians. The titles of the songs evoke winter imagery of Montreal, especially around Christmastime, and celebrate the cultural diversity of our city with Bassa Nova Moonrise, and Hibiscus Chai, explains Paul Rossy.
Thanks to a close musical relationship with producer Ian Kelly, Paul Rossy has released two jazz albums to date; both feature jazz versions of his original works. The original songs were adapted by the Sunset Hill Jazz Band, a band created specifically for this purpose, that includes some of the best musicians from the jazz world. Rossy's material is also available in its original versions. By combining two of his guiding passions, pediatrics and music, Dr. Paul Rossy has raised $2.3 million for the Montreal Children's Hospital Foundation. Dr. Rossy is thankful for all the donor support since the release of his debut album, Jazz Poetry: The Music of Paul Rossy.